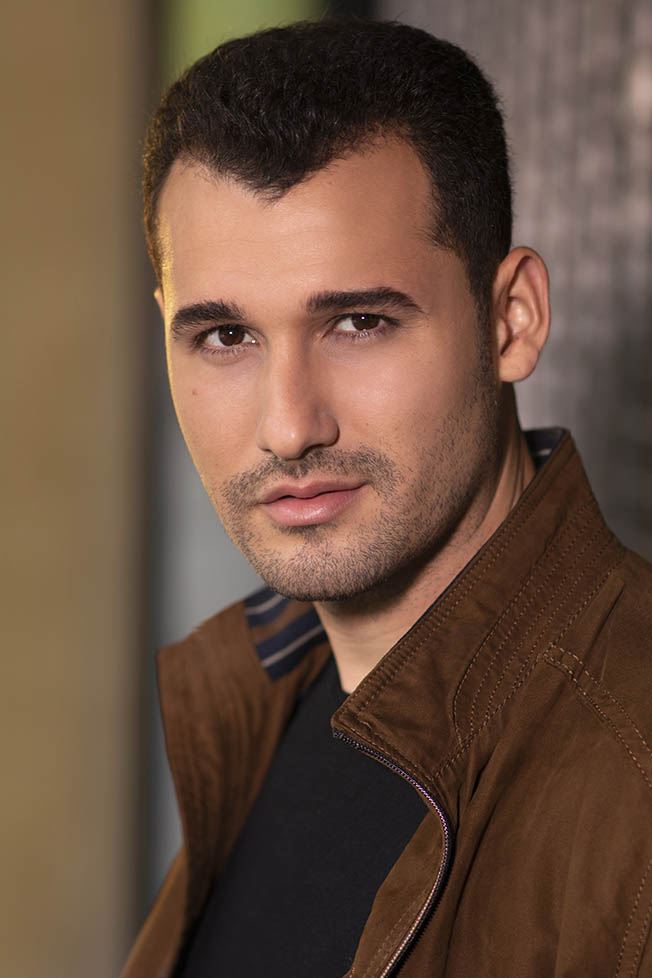 Sizzling hot Havana, Cuba-born bilingual actor Carlo Arrechea is a star on the rise in Hollywood, recently making his U.S. prime time debut in the CBS hit TV series S.W.A.T. where he portrayed ‘Gio Torres’, a middleweight Cuban boxer, aka “The Caribbean King.” In the series, Torres is a prizefighter set to win a huge upcoming match when his pregnant wife is kidnapped and held for ransom. He enlists the S.W.A.T. team and works with them to retrieve his wife right in time for the delivery of their first child. The heartfelt role has garnered him much media attention and was one that was especially significant to him as it tied back to his Cuban roots.

A third-generation actor, Arrechea’s career began at the age of 6 when he played the son to his biological mother in a telenovela in his home country of Cuba. He fell in love with the craft and was selected as one of the stars of the children’s show “Los Chicos Altura” (“The High Kids”). In 2002 his family moved to Miami when he was 12 years old and he faced a culture shock that made him rethink acting. He decided to study psychology in college but dropped out after only one semester to return to his true passion. It was during this time that he got into theater and started receiving a lot of attention for his stage performances including “El Solar de la Palangana de Oro” by Raúl de Cárdenas, a work that opened many doors for him and earned him press coverage as the “new face of acting” by People en Español.

From theater, he jumped into television where he began with small roles in well-known Telemundo and Univision telenovelas such as “Más saber el diablo”, “El Cartel 2” and “Alguien te Mira”. He also starred in two short films, “Fate’s Decree” directed by Michael Ruiz and the super production “El Manantial”, with renowned Sam Bradley as director. His career thus began to roll, and his name to be known on the Miami scene. Not long after he was cast in the successful Nickelodeon Latin America series “Grachi” which he starred in for three seasons (152 episodes). It was during this time that he also starred in his first leading film role in the romantic comedy LA REBÚSQUEDA, the highest-grossing Salvadoran film in the country’s history.

After his success in Latin America, Arrechea decided to move to Los Angeles to begin his crossover into the U.S. market. Throughout his acting career, he has starred in several television commercials, including the Johnnie Walker campaign which toasts to immigrants and highlights their grueling path towards citizenship. He is a member of SAG-AFTRA and is an alumnus of the Stella Adler Academy of Acting. As a Cuban-born actor, Arrechea has always looked up to the original Latin Comedy star Desi Arnaz and a dream role for him would be to reprise the role of ‘Ricky Ricardo’ in a comedy series or film.

In his free time, Arrechea enjoys reading, meditating, and exercising, and sees every day the opportunity to grow and improve in all aspects. He also enjoys volunteering for The Ronald McDonald House, where he feeds, plays games, and speaks with children and parents who have seriously ill children or family members in the hospital.

StarCentral Magazine recently caught up with Carlo to discuss his journey in the entertainment industry and here’s what went down:

I started acting at the age of 6. My first TV appearance was with my mom; she was an actress in Cuba. We were blessed to win a visa lottery and come to the U.S. 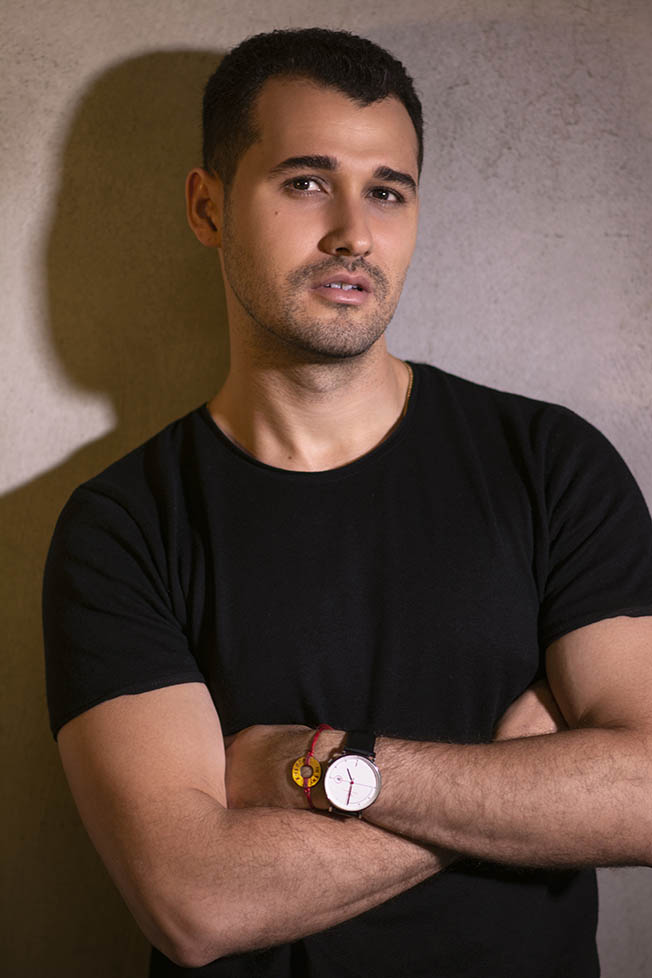 To be able to channel another soul through my physical abilities and skills and to embody another character. It makes me feel alive. It’s just pure joy!

Can you tell us about your role in S.W.A.T.?

Gio Torres was so much fun to play. Torres is a Cuban middleweight boxer who’s in the States with his pregnant wife, Esther, for what could be the fight of his life. Troubled by their situation in Havana, Torres and his wife secretly plan to defect after the fight.

What sort of person is going to relate this character?

Anyone can relate to this character because it’s a very heartfelt role; there is a lot of family love. Torres put his life at risk to save his loved ones.

We’re both from Havana, Cuba and family is everything to us. We’re also both disciplined and focused. But he’s a boxer and I’m an actor (laughs). 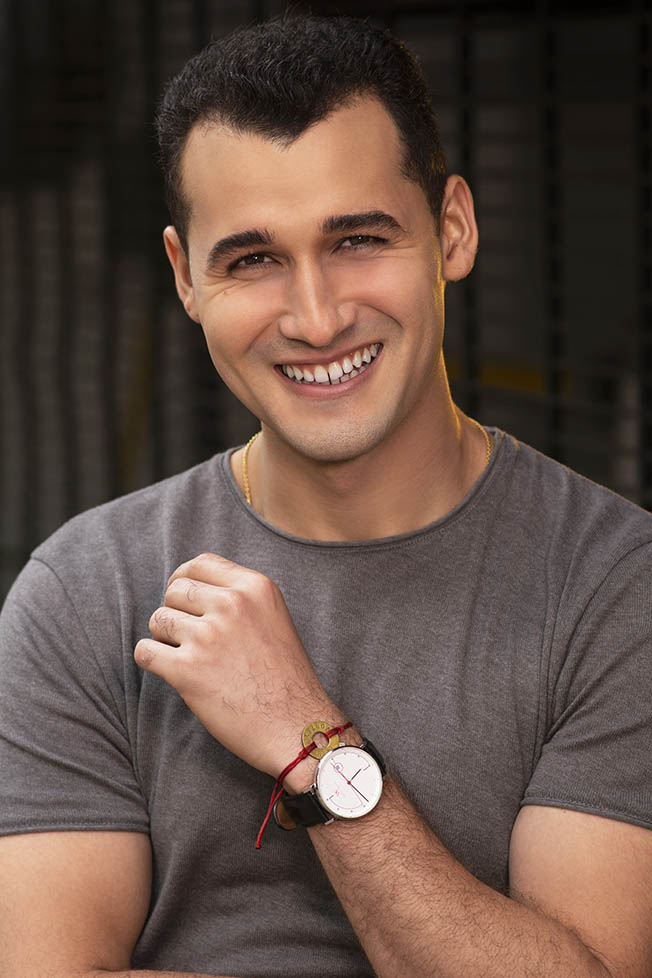 Not from this generation honestly, but Andy Garcia for sure.

The whole cast is so talented but I really like Kenny Johnson’s work.

Definitely all the boxing fight scenes.

I really like the character “Street” played by Alex Russell. It’s a very complex and fun character to play.

Every experience is memorable because they’re all unique and magical but if I had to choose just one, it would be when I walked into the Long Beach Arena, where we were filming all the boxing scenes from S.W.A.T., and I saw gigantic posters with my face on it all over the arena. For someone like me coming from a little island, that was definitely a memorable moment. 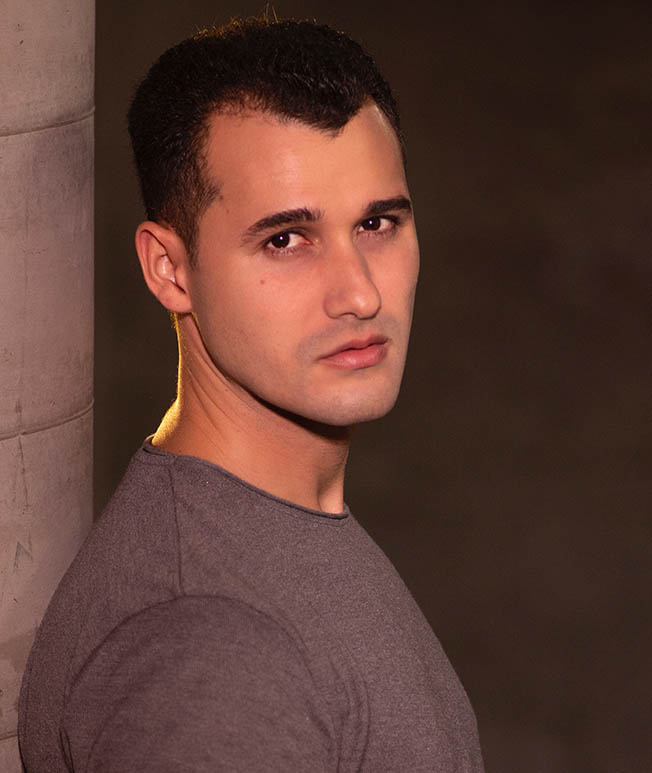 I met Matthew McConaughey a few years back in Hollywood. We chatted and he was so present and honest. He said something that I will never forget: “Just enjoy everything you do even if the scenes get cut off or the project is canceled. Just have fun. Be present. Enjoy.”

I try to have a balanced time on social media.

I just want to keep growing and evolving in all areas of my life. Be happy and live in my authentic power. And definitely star on a sitcom series. 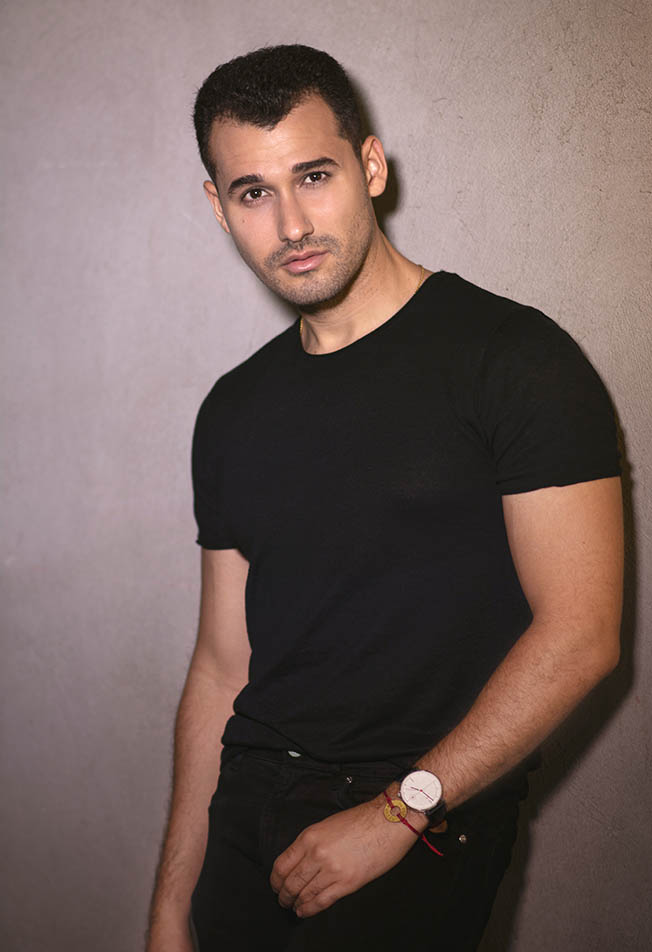 2. What do you consider beautiful and why? Happiness. When you’re happy you radiate pure beauty, your eyes spark, you shine brighter and that’s beautiful.

3. What haven’t you done yet that you wish you could? So many things, but one day at a time. I want to create a foundation to help young kids achieve their dreams.

4. Complete this sentence: “If I had no fear, I’d…” definitely skydive.

5. What is the one “flaw” you wouldn’t change about yourself? I can be a little impulsive sometimes and that can create a contrasting outcome but hey, it’s part of being human. Flaws are what make us unique and authentic.