One On One With “Stargirl” Villainess Joy Osmanski, aka Tigress 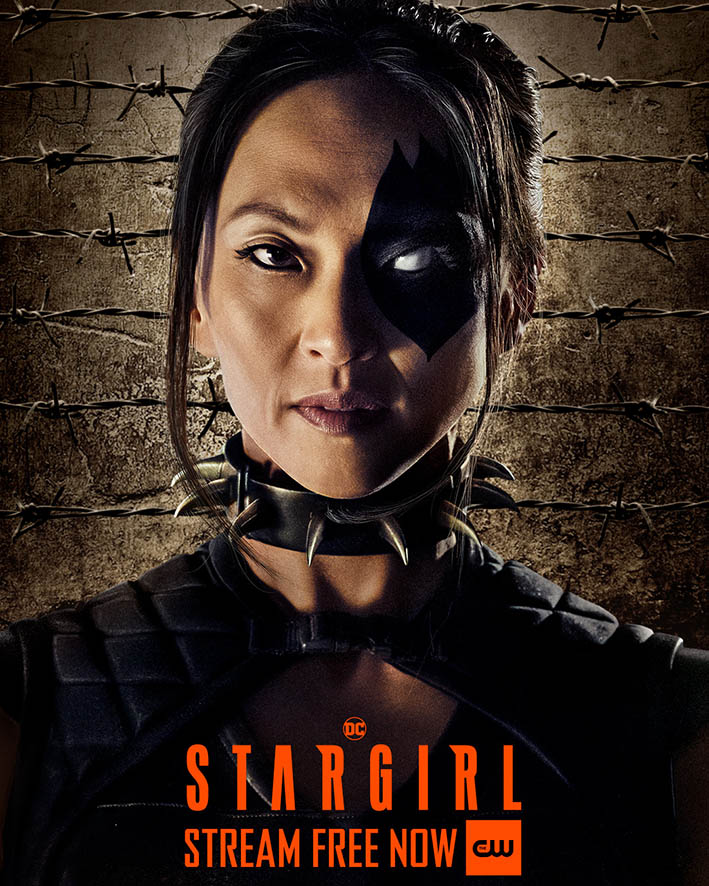 Joy Osmanski, the alluring, graceful and jovial actor, dancer and mother of three has established herself as one of Hollywood’s hardest-working entertainers with her new series “Stargirl” (recently renewed for a second season) now streaming with new episodes every Monday on the DC Universe streaming app, as well as Tuesdays, on The CW. Joy can also be seen in FOX’s newest Animation Domination series “Duncanville,” which has already been renewed for a second season.

Earning stellar reviews from Rotten Tomatoes, The New York Times, and Collider, the action-packed DC Universe & CW’s “Stargirl” has won the hearts of superhero fanatics, and viewers across the country. Joy portrays the infamous villainess ‘Paula Brooks,” aka Tigress. Best known for her skills in hand-to-hand combat and extensive weapons background, ‘Tigress’ is one of DC Universe’s deadliest non-superpower villains. CW’s “Stargirl” tells the story of high school sophomore ‘Courtney Whitmore,’ who discovers a powerful cosmic staff. After learning that her stepfather Pat Dugan used to be a hero sidekick, she becomes the inspiration for a new generation of superheroes. The new hard-hitting superhero drama also includes Luke Wilson, Amy Smart, and Brec Bassinger.

“Duncanville” centers around the life of ‘Duncan Harris’ (Poehler) an average 15-year-old boy, who is always one step away from making a bad decision. Along with Duncan lives his mom ‘Annie’ (Poehler), a parking enforcement officer, who dreams of being a detective someday and always has to watch Duncan, his dad ‘Jack; (Burrell), who tries to be a better father figure to Duncan than his father was to him, his sister Kimberly (Lindhome), who is a normal teenager going through normal teen-phases, and his other adopted sister Jing (Osmanski). ‘Jing’ is also known as the moral compass of the family at 5 years old.

Born in South Korea, and brought to the United States when she was adopted at a young age by her American parents, Joy had a drive and appreciation for the arts from the age of 3 when she began ballet lessons in her hometown of Olympia, Washington. From the very beginning of school, Joy was moved up from kindergarten to first grade after a few weeks and would be hyper-competitive academically throughout her entire school career. After taking multiple college courses in her senior year of high school, Joy would continue on to university at Principia College and graduate within 3 years with a degree in creative writing and studio art. She would then begin her career as a graphic designer and moved to Boston. After a year on the east coast, Joy moved to San Francisco where she created her own graphic design company. Having continued to dance through both high school and college, Joy continued to work on her ballet and dance skills and would book professional gigs on the side. After seeing a notice for auditions for a local production of “Our Town,” and missing her performing arts side, she auditioned for the play and was cast in the lead role. Following her performance, Joy auditioned and received her MFA from UC San Diego, one of the top three professional actor training programs in the country. After relocating to Los Angeles, with her husband Corey Brill, Joy has continued worked steadily in theater, television, and film, booking roles in hit projects including FOX’s “The Loop,” Netflix’s “Santa Clarita Diet,” Freeform’s “The Fosters, FIRED UP, and ALVIN AND THE CHIPMUNKS: THE SQUEAKQUEL, to name a few.

StarCentral Magazine recently caught up with Joy to discuss her journey in the entertainment industry and here’s what went down:

I led a couple of different lives before finding acting, and in retrospect, I’m glad I did. When I coach and teach actors, I encourage them to pursue a life rich in experience, to be curious about everything. To travel. I needed all the various jobs I’ve had (ghostwriter, photographer, graphic designer, to name a few) to motivate me toward the entertainment industry. Even though it was a creative profession, graphic design didn’t thrill or challenge me. At the time, I didn’t quite have the language to describe what I was seeking, but after I auditioned for a local play I had an aha moment. 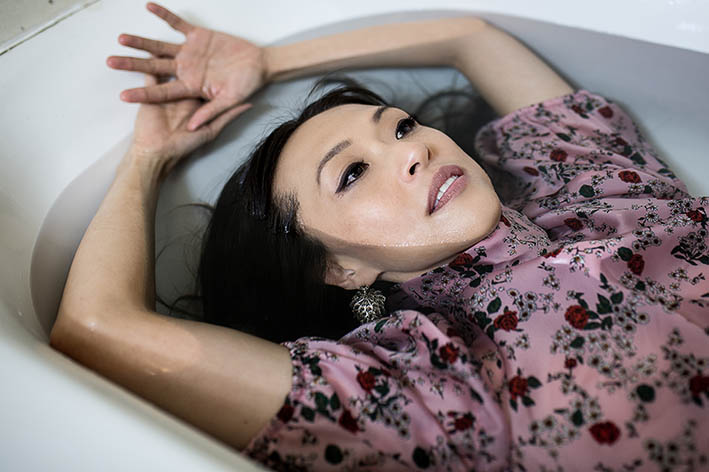 The collaboration. I love working with a team of creative people toward a common goal.

Can you tell us about your role in Stargirl as Paula Brooks, aka Tigress?

It’s been so fun to play a dual character. We all have various aspects of our personalities, but to have a chance to play such clearly delineated roles has been a pleasure. Exploring the public side of Paula versus the private side of Tigress is incredibly satisfying.

What sort of person, if any could relate this character?

I would venture to say we can all relate to Paula/Tigress. Hopefully not her methods, but certainly her ability to put on one face for society and another for her true life.

In terms of her passion for her family, her future, the well-being of her child, I am very much like Paula. I appreciate how direct she is, how she cuts through the bullshit. As Tigress, I love how she integrates dance, grace, and artistry into her physicality. But I certainly hope I’m motivated more by love and compassion and start from a place of wanting to understand, instead of just attacking. 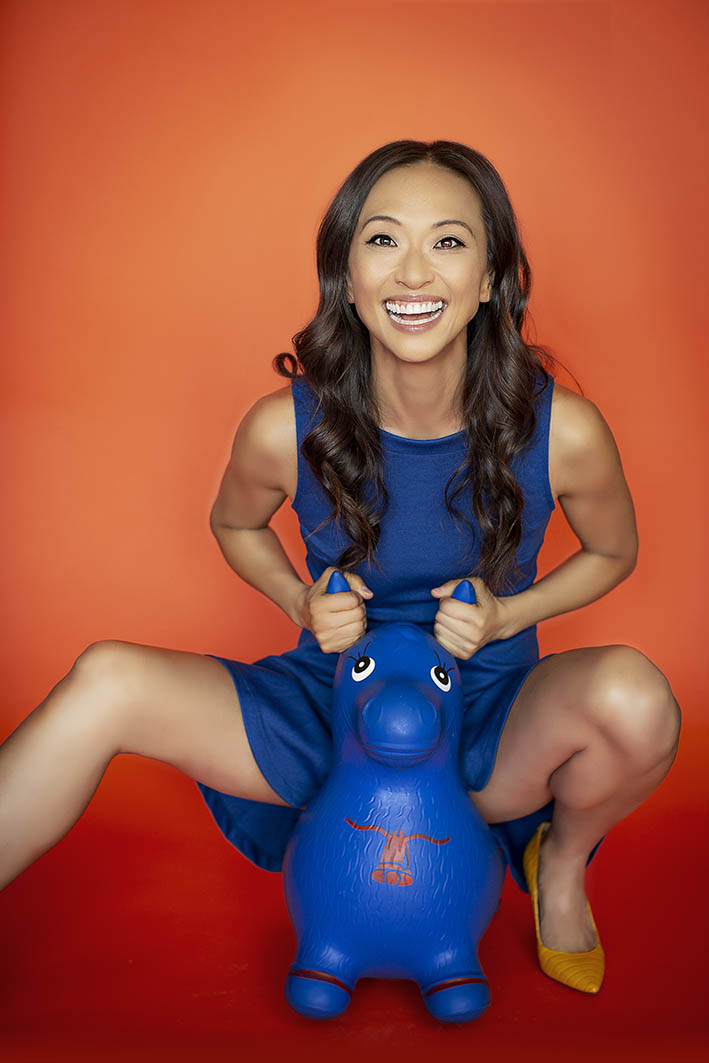 It would be fun to see what Daniel Day-Lewis would do with this character. With his propensity for going deep into a character, maybe he’d crawl around on all fours, even between takes.

I can honestly say that every single actor involved in Stargirl is stellar. I am so honored to be in this company of talented people.

For me, it was the intense physical preparation. I had about three months to train and get as strong as I could. My exercise history has been sporadic, at best, so this was the first time I had an extended workout and nutrition plan. It fundamentally changed my life, and I’m so grateful to have the chance to dive into that kind of discipline. 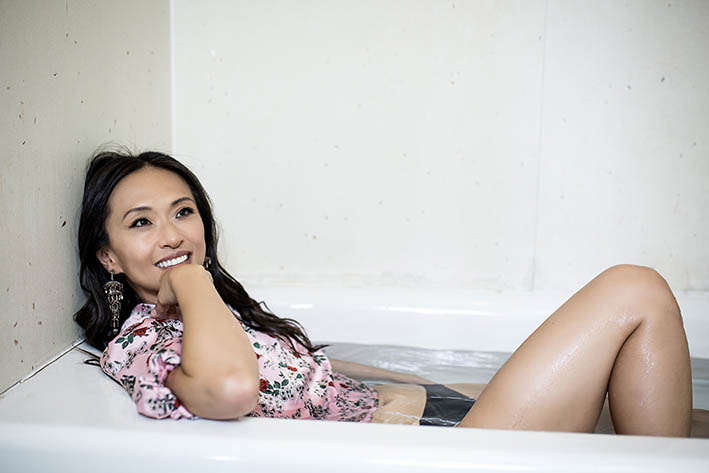 Grundy. When else would I have a chance to play an enormous, misunderstood zombie??

Suiting up as Tigress for the first time, and finding myself on an enormous set, doing stunt work while explosions were going off all around me. Sensory overload. It was incredible.

I have loved meeting all the stunt people I’ve had the privilege of working with. They have all been, without exception, kind, generous, and badass. There is a unique combination of confidence and humility in being a stunt person, it seems to me. I find that fascinating.

I would describe myself as present, but not terribly savvy. I also try to take extended breaks from time to time. 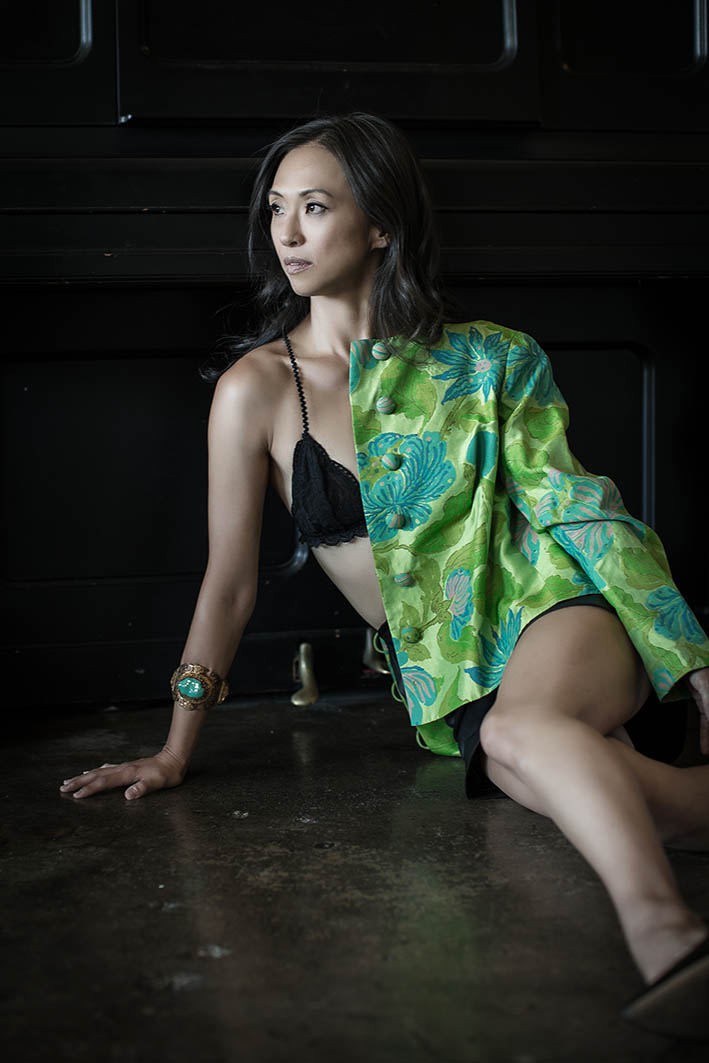 To continue to wear my mask and be part of the solution toward getting our country out of the current height of the pandemic. Educating myself and voting for a better future.

2. What do you consider beautiful and why? Integrity. It can happen without an audience or attention and exists solely for its own sake.

3. What haven’t you done yet that you wish you could? I have a quilt that I started years ago that needs to be finished. I am the only thing standing in the way of that.

4. Complete this sentence: “If I had no fear, I’d…” not be a human being. Fear keeps us alert and motivated.

5 What is the one “flaw” you wouldn’t change about yourself? My impatience. I struggle with it, but it’s also pushed me in invaluable ways.