10 Most Fascinating Artists For The Month Of July 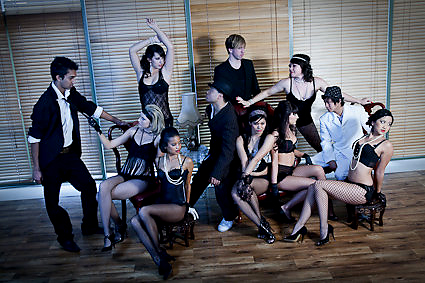 The word ‘essence’ is the substance and soul of an entity. It is also a word that defines this dance group.  An amalgamation of skillful, trained dancers put together by Joanne Herrera, ‘Pure Essence, consists of individuals whose passion to perform ranges from different styles of dance such as hip hop, tap, ballet, contemporary and break dancing. They aim to break through the dance industry and take choreography and dance to another level.  Through clear cut moves and motivation these dancers are sure to truly fascinate you with every performance. 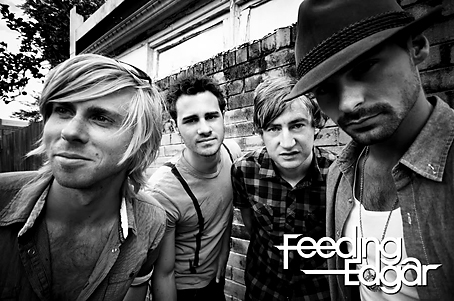 Feeding Edgar is a combination of 4 very talented and artistic individuals who know how to create precise and exceptional hits.  When these 4 boys came together they each progressed musically within the group and grew up to be men. Their debut EP ‘Freedom in the Background’ showcases a diverse collection of rock songs which has been influenced by some of the artists they aspire to become. They have a spot as feature artists on Radar Radio and have landed air time on Triple M. They will continue to go step by step to generate more recognition and support their journey. 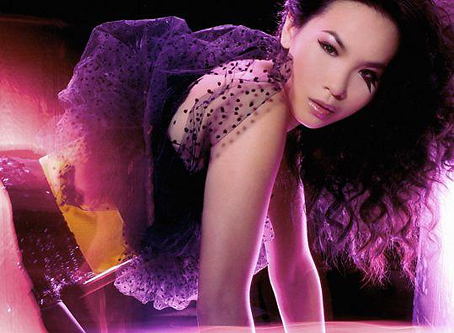 Pow is a multi-talented threat displaying skills of singing, song writing, dancing, choreographing and acting.  She is an Australian born artist of Chinese descent and describes herself as East meets West. Her inimitable perspective on music has her express herself in ways which is not generic to other artists in the music scene. Her music is a hybrid of pop with powerful melodies and beats that are sure to make anybody get up and dance, along with distinctive lyrics.  Her unique flavour is what makes her so fascinating and she is sure to break through in the industry. Currently she is living her dream in Los Angeles; she has just filmed her second music video with Britney Spears’ choreographer Andre Fuentes. With her production deal signed, she is recording her debut album and is rehearsing for her first lead in an independent film which will be shot next month in Detroit and California. Her name itself is an expression of her musical style and with a talent like that, it’s no wonder she’s one of our top picks. 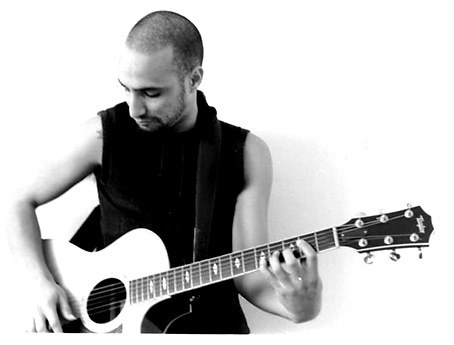 Gigs’ enchanting voice and fluent guitar skills always manages to mesmerise. He moved to LA in 2002 to begin his adventure on the music scene where he toured around US and played between 100 – 150 shows a year getting his music out to the public. 2005 proved to be a big year for his career when he was invited to tour Japan sponsored by Case Logic His concerts were sold out. Since then, six of Gigs’ songs have been added to music movie soundtracks and adventure sports films which shared the same songs from artists such as Wyclef Jean, Switchfoot, G – love and Donovan Frankereiter. Currently he is studying at SAE in Melbourne and working on his new album. 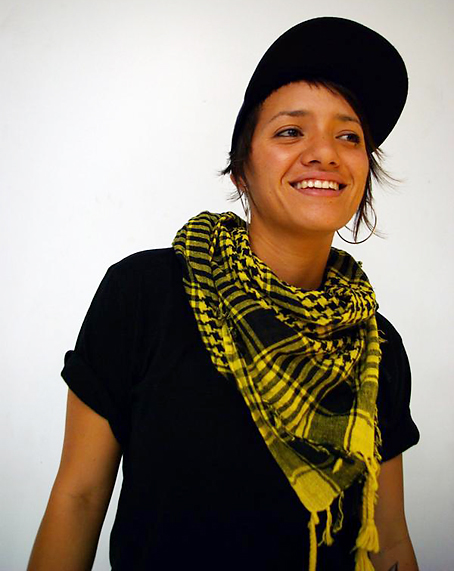 Jess Harlen has brought national and international acclaim with her fresh soulful style to the urban music scene. Her EP Street level soul won her the Best Unsigned Artist at the Aus & New Zealand Urban Music Awards which was judged by industry acclaimed professionals. She has just finished a North American and European Tour as a backing vocalist in Australian roots band ‘Blue King Brown’ which gave her more experience and exposure. She will now head back to Melbourne where she will release her debut solo album ‘Neon Heartache’ produced by Plutonic Lab. 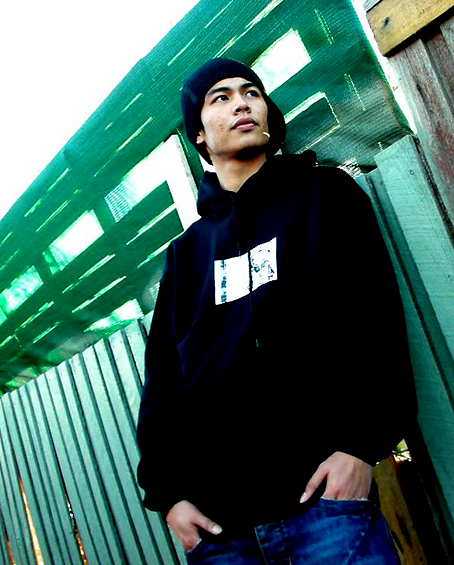 The raw, rugged lyrical dexterity of Ello C is sure to surprise you and leave your mind bewildered. Ello C was born in the Philippines, raised in New Zealand and moved to Australia 6 to 7 years ago. At only age 12 he started rapping, battling and learning the fundamental skills of free styling. In 2007, the then 18-tear old, entered the Freestyle flow battle competition and walked away with the title.  He is also the 2-time champion of Urban Assault 1 & 2 freestyle battle competition. Ello is a member of Round Circle Records which is a collaborative group of emcees, a DJ and a singer which will soon release an official mix tape this year. Recently he has been dubbed the official club emcee for the “One and only” DJ crew. His ability to deliver honest versatile lines and pump up any crowd is astounding, which is why he is definitely on our list of most fascinating artists. 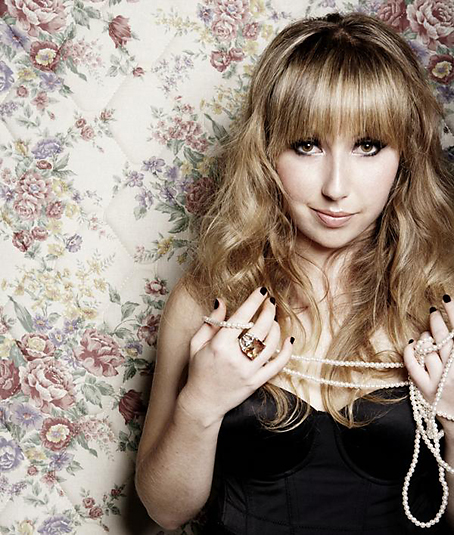 Natalie’s musical style has been described as a combination of both Amy Winehouse and Gwen Stefani, with her very own twist thrown in.  It is no wonder then that she has achieved great recognition in the industry.  She earned a spot on London-based music website, www.popjustice.com, a website dedicated to all things ‘pop’. She was both number 1 and 2 on the ‘TRIPLE J UNEARTHED’ charts in March 2008 as well as winning the 2007 & 2008 ‘New Artist 2 Radio’ competition. Natalie then took a gamble and entered song writing competitions and came out as the runner up in The Australian Songwriters Association’s 27th ‘Australian Song Writing’ contest and was a winner in 2009’s 10th Annual Great American Song Contest.  With such abundant  talent and drive to excel, it is no doubt that we will see this young lady around the music industry for a good long time. 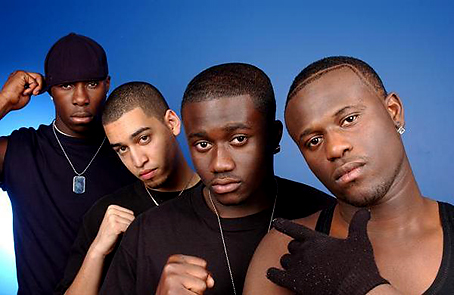 K1 are a definitely up and coming sensation within the Australian Hip Hop scene.  Based in Sydney and consisting of 4 emcees: 2 Deep, B wise, Egasm and Young Glove, K1 specialize in delivering strong vocals with addictive beats. With their heavy hitting songs and performances, they have graced many a stage and have managed to get wide recognition for their talent. In 2008 they won an award for the best Hip Hop rap group from the 1st African Australia awards and have also performed as the opening act for Flo Rida when he toured in Australia. They are currently seeking to tour various cities and countries to spread their music and promote themselves.  There is no doubt that these guys are on the road to success. 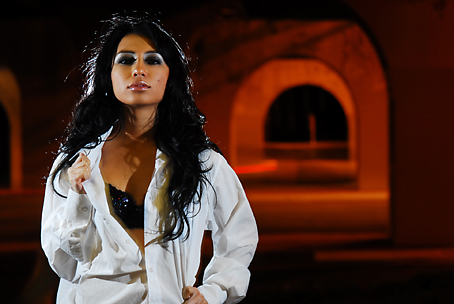 At a young age Carla always wanted to be a superstar. Her love for art and music came to her very early in her life when she realized that she had a natural talent for singing. The  Filipino-Australian singer/songwriter’s fierce passion for music (she always wanted to act on instinct when it came to her love for her music) saw her leave school at the age of 14.  However, being home-schooled gave her the flexibility to pursue her dreams. She was able to travel Australia and perform at nightclubs and events.  She has also worked with some credited producers such as Darryl Anthony who worked with AZ Yet and also Israel. Carla has been a supporting act for Guy Sebastian and international acts Flo-Rida and Slim from 112. In 2007 she was recognized amongst industry personnel and became a nominee in the urban category in the Music Oz awards.  Currently she is working on some new material and is still aiming high. 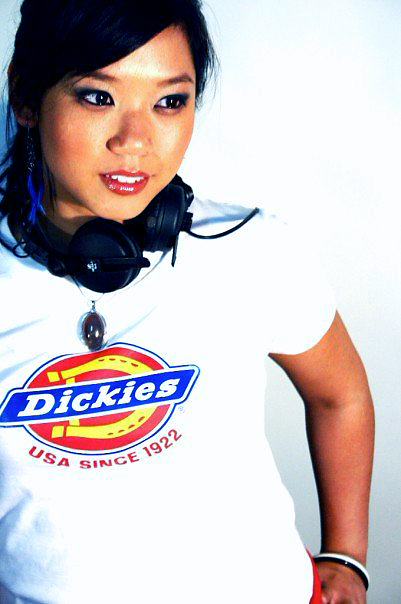 Dubbed as Australia’s Number 1 female hip hop DJ, we expect nothing but excellence from this girl which is why she tops our list of the most fascinating artists of the month. When she won her first DJ competition, the alias DJ Flygirl Tee was born. She has spun at some of the most popular clubs in Sydney and is on high demand every week to get the clubs in a craze. She then ventured into the field of radio broadcasting and is now a mix-master DJ on The Edge 96.1FM. Her reputation gained her access as a correspondent to deliver the newest music and artists, and to interview some of the heaviest hitters in the hip hop game such as Ying Yang twins, Mario Winans, Savage, Pitbull and more. She has also supported other artists such as Akon, The Game, Sisqo and Naughty by Nature, as well as Neyo, Snoop Dogg, Black Eyed Peas, Xzibit and Boyz II Men, just to name a few. Her natural ability to keep a club’s dance floor packed and mix music to a tee is why she is our number one pick.