Top 10 Sexiest Women Of The Year 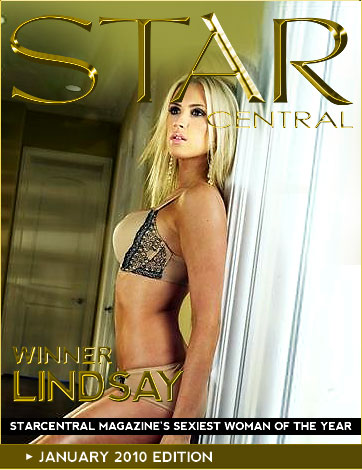 Beauty.  Brains.  Confidence.  Compassion.  These are the words to describe Lindsay Gillen, StarCentral’s Sexiest Woman of the Year.  The Chicago native’s modeling career began in 2007 with the help of her older sister, who is a model herself, “…My sister…is my biggest modeling role model…I learned about the industry faster than many others with her help…”  First starting off with runway and fashion shoots, she was soon drawn to the more creative side of the modeling industry.  Not content with just being the face in front of the camera, she is determined to inject her own personality behind the scenes as well. “…I have assisted in styling most of my own photo shoots in terms of wardrobe, location, hair and makeup.  It helps to put a little of myself into every shoot, so someone else isn’t telling me who to be…”

But there is a lot more to her than her beauty.  Lindsay is also a full-time nurse, graduating with a Bachelor’s Degree from St Ambrose University.  She loves and plans to stay in nursing and will be starting a Master’s program next year.  Her patients are quite lucky then.  Who doesn’t want to be cared for by a beautiful Florence Nightingale?  But it is through modeling that she gets her creative buzz.  She is inspired to model “…because it is still fun for me.  It helps me to stay beautiful, confident and in shape…I enjoy having the ability to work in a more creative and fun environment…”

Recently, she got a taste of what the A-list models lives must be like.  She was contacted for the 2010 Icehouse Beer campaign.  During the shoot her meals were catered, she was asked what kind of music she wanted played while they were shooting, even what temperature she wanted the room to be at!  She even got a massage while her hair and make up was being done!  “I hope to have more experiences like this in the future!”  Paid handsomely for her work, the results can now be seen on posters and cardboard cutouts all over the US.

Now under the management of Asha Spacek of UR Supermodels Management, Lindsay doesn’t have any unrealistic expectations when it comes to her modeling career.  “I just want to utilize my beauty for as long as nature lets me and make some money doing something I love.”  But that hasn’t stopped StarCentral’s “Sexiest Woman” from having an incredible start to 2010!  With no less than 7 jobs already lined up for her, it’s no leap to say that we will be definitely seeing more of Lindsay Gillen for a long time to come!

For examples of Lindsay’s work, check out: www.ursupermodels.com 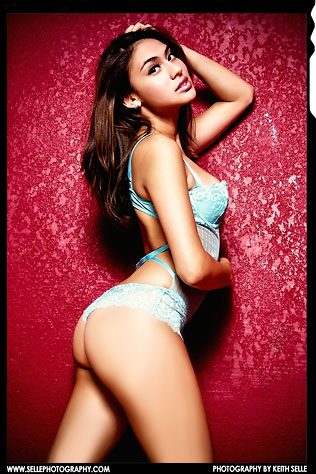 In today’s modern society, what are the chances that you get to meet an uncanny individual who’s a model / go-go dancer / caregiver / future lawyer? Well you’re in luck, for such a person actually exists. Meet Arienne Moran – she’s a mixture of Salvadorian, Peruvian, and Colombian and she’s a model, a go-go dancer and a caregiver for the elderly. She’s also currently studying to be a lawyer in criminal law. Arienne initially started her modelling career by auditioning for the San Francisco Gold Rush Cheerleaders. For some strange reason this gorgeous lass didn’t make the team and she actually holds her bad portfolio accountable for not making the team. This minor setback didn’t deter her from pursuing her dreams though, so armed with a great modelling portfolio next time round, she finally got accepted to the team and thus – her modelling career was born. Since her Gold Rush Cheerleaders days, she has been featured on several websites including StarCentral Magazine of course, and she even made the cover of Glammodelz magazine – and this was all in her first year of modelling!  Although Arienne has high hopes with her modelling career as well as her dancing skills, she’s still focused on becoming a future lawyer in Criminal Law. With her gorgeous mixture of Salvadorian, Peruvian, and Colombian blood – we have no doubt that this stunning vixen will go far in her modelling career. And we bet you that she’ll make a damn fine criminal lawyer too! 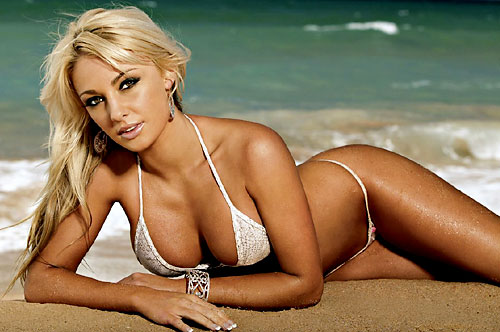 Brooke Evers was actually voted as Australia’s hottest beach babe a couple of years ago – and we’re definitely not surprised. Brooke has been tearing the glamour circuit for the past 2 years with multiple men’s magazine covers. She has also modelled for various big named companies such as Billabong Surf Wear as well as other leading labels. And here’s the kicker: Australia’s hottest beach babe is also an upcoming journalist! In fact, she’s a final-year journalism student at a University in Queensland. Besides being a model and a super hot journo, she is also working with various radio stations as well as working on screen presenting throughout Australia where she hopes to land a successful TV role someday. With a deadly combination of beauty and brains, we are quite certain that a successful TV role is definitely within her grasp. 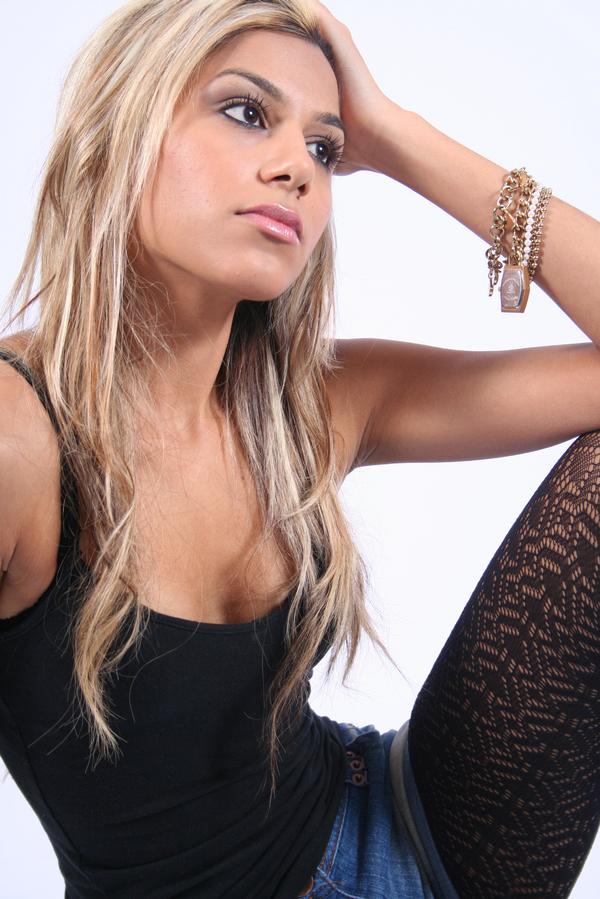 Even as a kid, Joelyne has always had the focus to achieve anything she wants as long as she puts her mind to it. She originally got into the modelling biz when people advised her to do so; she took their advise as a sign and the rest you can say is history. Her first modelling gig was actually for Cosmopolitan magazine believe it or not.  At just 19 years of age, she already got featured in the well known magazine as a “real girl’. She is also a self proclaimed lover of fashion and this is what keeps Joelyne determined and feeling hyped. A former Miss Earth Australia contestant, she came 3rd in the said competition, and she admitted that she loves the adrenaline rush and exhilaration of being in front of a crowd. Joelyne is an individual who truly embraces life and wants to spread inspiration; she’s an extraordinary woman who wants to eventually become a motivational tool for other people. 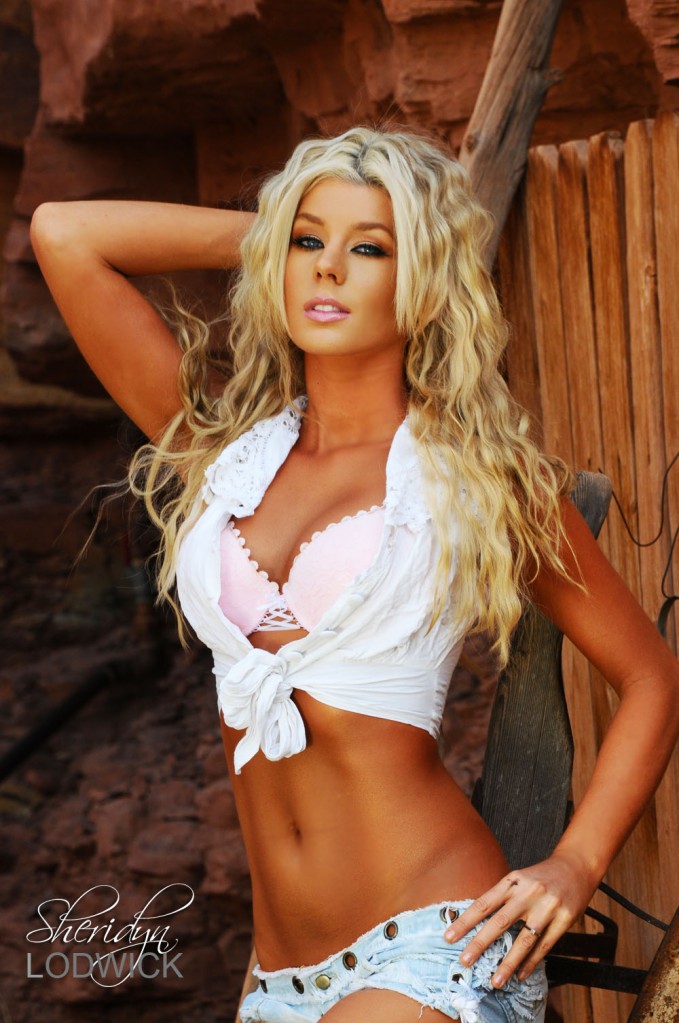 Sheridyn Fisher is an Australian international fashion, swimsuit and glamour model. She is experienced in photographic, editorial, runway, TV, film hosting and commercial modelling. She started modelling at the early age of 15, and since then has appeared in many publications and is a popular face in numerous magazines including front covers of Fast Fours, Auto Salon, Hot 4’s, NAFA and 50’s Brotherhood. She has been featured numerous times in magazines such as Ralph, FHM Australia, Zoo Weekly, Inside Sport, Waves, Tracks, Dirt Action, Wet and Wild Calendar, Miss Indy Calendar, Shift Miner, Freerider, Cosmopolitan, Wedding Couture, SAM RALLY international, Fist and Iron Man magazine – to name just a few – Whew! Sheridyn actually has numerous other titles under her belt, but I think her gorgeous photo just about says it all! 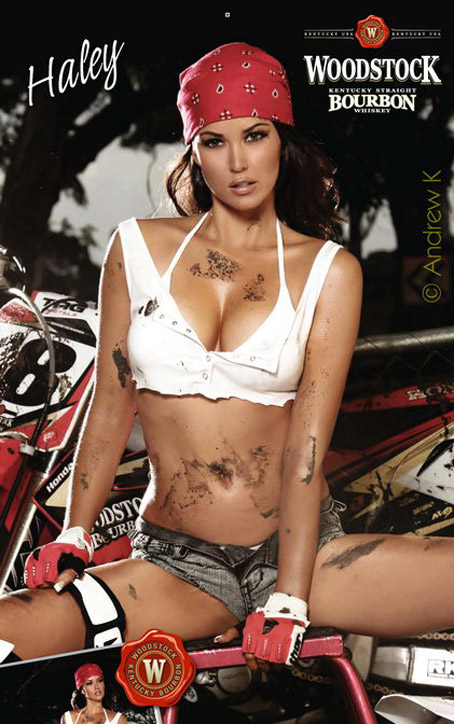 25 year old Hayley Pascoe recently moved to Sydney where she models, teaches dance and does volunteer child work. This sexy vixen was the 2007 Ralph Australian model of the year and has also been featured in a video clip for Liam Dalby. She has graced the cover of Australian Beader magazine and has been featured in Ralph calendar 2008 and has also appeared around Australia on various radio shows. She’s a fun, vivacious girl who enjoys to party with those she loves most and is still aiming to reach new heights with her career. This gorgeous creature is not just a gorgeous model – she also does volunteer work for the kids! How about that? No wonder the rest of Australia is smitten by this gorgeous lass! 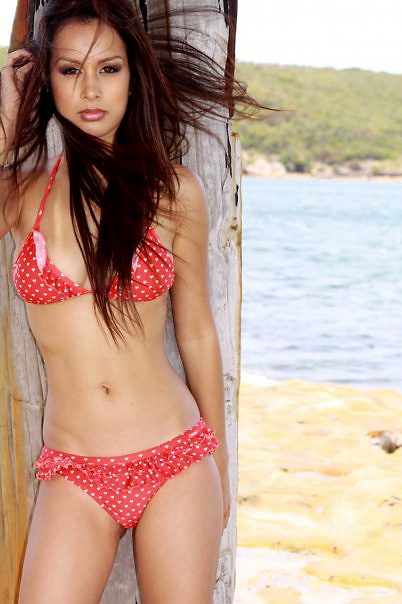 Nicole Schmitz is a 20 years old half German and half Filipino hottie. She is currently studying Law/Psychology at Macquarie University, and she has been doing modelling internationally and in Australia on the side for 5 years now so she has an extensive experience in ramp and print. She was a runner up for Miss Teen Philippines, she was also a Miss Binibining Pilipinas finalist in 2007 and was the Model Quest winner in 2007 as well as being crowned as Miss Philippine Australia two years ago. She has been on various ramp shows including brands such as Lee, Benson and Dickies and even modelled for the Bench FEVER Fashion Show in Manila Fashion Week 2006. Nicole has proven that she is a force to be reckoned with in the modelling industry – and we’re not surprised! 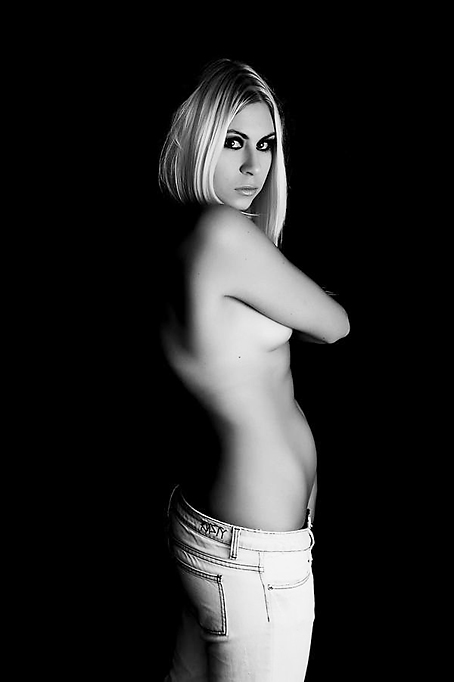 Wild Child Jess started modelling when she was only 12 years old! She was first discovered being a carefree teen playing on the beach with a fellow model who she later worked with. She first modelled a Wahu and grip ball toy but, she grew up and became more experienced.  That was when she moved on to modelling bikinis. Her biggest achievement so far is being on the front page of the Daily Telegraph for modelling and also being proclaimed as having the potential to reach a high status within the modelling industry. She enjoys the thrill of being in front of the camera and networking with people and she aspires to become involved with FHM or Sports Illustrated to build up her portfolio. 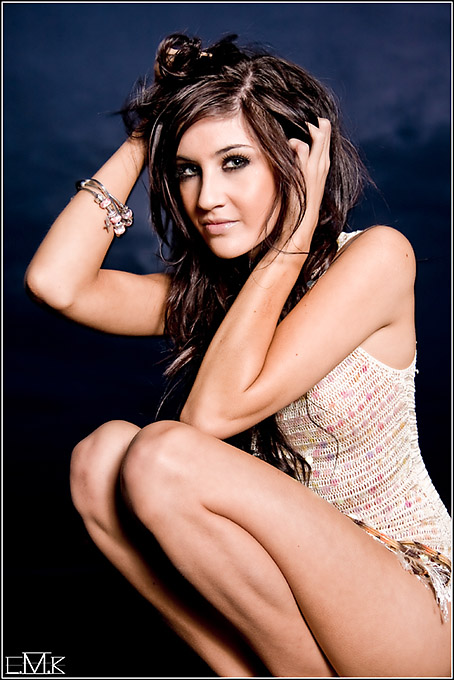 Cassandra is an eccentric but outgoing 19 year old model who’s always dreamt of becoming a model even at the tender age of 5 years old. She’s always envisioned herself being on top of the modelling industry whether it be catwalk or print. Her style is glamorous / edgy with a flare of individuality and she can do anything from glamorous lingerie shoots to bikini shoots to even high fashion. She’s aspiring to grace the covers of renowned magazines such as FHM, Ralph and Vogue and one of her biggest dreams is to strut down the catwalk and work up a storm as a Victoria’s Secret Angel. 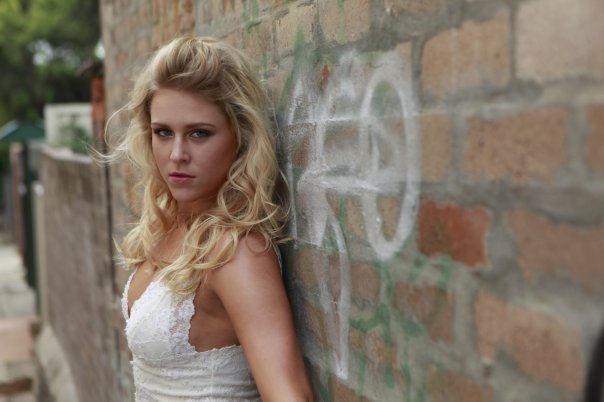 Nicole Brooke Wilson is a 20 year old model who’s known to her family and friends for her determination towards aspiring to be a good role model to young and old women alike. At a tender age of just 8 years old, she already knew what she wanted because even at such a young age she has already decided that she will become an Australian supermodel. Since then she has modelled for a number of well known brands such as Ed Hardy, Baku, Keune hair and CK and she has also done a number of photo shoots, runway gigs, editorial spreads and modelling competitions- she has even become a brand ambassador through various agencies and castings. Ultimately she wants to become a supermodel to show the world what she’s got.