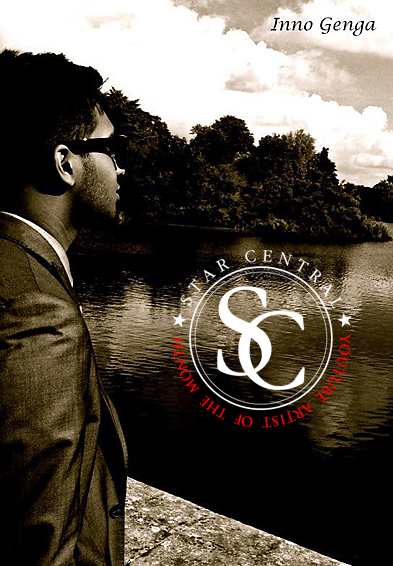 Inno Genga admits that “…music has been in my family’s blood for generations…”, so it is no surprise that talent and ambition is in no short supply in StarCentral Magazine’s YouTube Artist of the Month for July 2012!

The 18-year British/Asian was introduced to the world at 13 years old. Based in the UK, “I did my first big performance at a charity event in London.” Since then he has been involved in many talent shows and performances at his school. “I feel that performing is the perfect outlet to spread positivity and release all the energy inside me. Performing is a great passion of mine and I enjoy getting the crowd hyped up and performing is a great way to express feelings and emotions.” That talent for pleasing the crowd was no more evident at his most memorable performance at ‘Revolution’, a cocktail club in London. “…it was the first time I performed original material and it was the first time I got approached through social media to perform…”

YouTube is the other arena where Inno Genga shines. His YouTube channel has garnered over 130,000 views and has over 1,500 subscribers! In it he performs covers from artists as diverse as Drake, Bruno Mars, Eminem, Lil Wayne and Jason Derulo. But his biggest inspiration is Chris Brown. He relates to the RnB megastar because like him, he started performing at an early age and his style of music and “…the amount of energy he puts into his performances…” resonate with young singer/songwriter.

Describing himself as a “very energetic and positive person”, Inno Genga can not only count on his many other talents (dancing, playing guitar and the piano) but on the support of his family as well (“…they are incredibly supportive of my career aspirations…”) to propel him onto the next stage of his career. “I am hoping to finish university and hopefully have an album out in the industry and a much wider fan base. I also hope to make a difference in the world with my music to make the world a happier place.”

And there’s no doubting that, Inno! 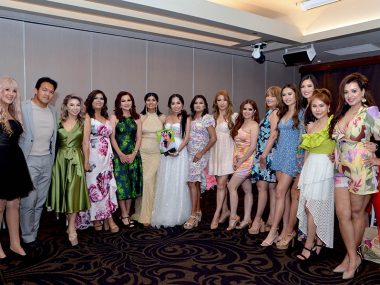