Female Artist Of The Month For July 2012 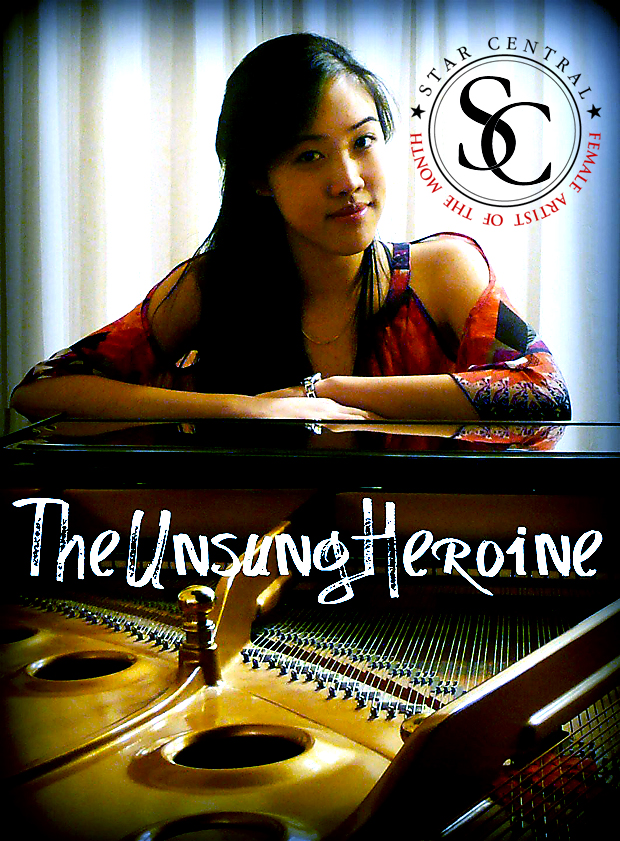 Finding something that one is passionate about, AND being able to be really good at it, is a dream for most people. Not for Kristina Hu, otherwise known as TheUnsungHeroine – StarCentral Magazine’s Female Artist of the Month for July 2012. This Asian-American young lady was born with an amazing voice and an uncanny ability to be able to play music by ear. Her YouTube channel, her platform for her personal projects which fuse classical piano with mainstream pop/dubstep hits, has received over 2.2 million views and has over 15,000 subscribers. Not bad for a 17-year old! But for Kristina, it goes beyond the notes. To her, the performance is the most important. It’s “…being able to take your own spin on a piece of music and share it with others — a truly liberating feeling. Performing music is truly an art form, as it is so much more than just the music – it’s about using your body language and visual elements to tell a story to the audience.”

Beginning with her very first piano recital at around 5 years old, Kristina had found herself dominating many a competition. She’s competed in numerous local and state recitals and competitions. She counts two experiences as being her most memorable on stage. One was in 2008 when she had the honor “of performing as a soloist at the Kennedy Center’s Millenium Stage as the Junior Division winner of the Asian American Music Society’s International Piano Competition” in Washington, DC, and again at the United States State Department in 2009, when she won 1st Prize in the 24th Annual International Young Artist Piano Competition. “All of my hard work and hours of practice had paid off… I remember being extremely nervous when I went up to the stage to perform for the judges, but my worries melted away under the spotlight…”

This creatively gifted young artist (she also enjoys dance, writing short stories and poetry), also has academia in her future with her preparing to enter Harvard University in September 2012. “…education is extremely important to me…I hope to continue updating my YouTube channel and making music alongside my college studies…” There is no doubt that music will always be part of Kristina’s life. She has just released two covers on iTunes – Skrillex’s ‘Scary Monsters and Nice Sprites’ and Equinox’s ‘First of the Year’. Wherever it takes her, her love for music and performing, her creativity and unique ability, will ensure TheUnsungHeroine a place as an unforgettable musician.