Unsigned Female Artist of the Month for December 2013!

Few embodies the ‘never give up’ attitude more than Firosha Price (StarCentral Magazine’s Unsigned Female Artist of the Month for December 2013).  5 times she has braved the long lines, the judges’ scrutiny and the rejection of Australia’s various talent competitions such as Idol, Got Talent and X-Factor.  Still, she perseveres.  But while those competitions have overlooked Firosha’s talent, she has nevertheless made amazing strides in her career.  Her first single, and music video, ‘What You’ve Done’ was just released last month and she has just been chosen to represent Australia in the 2014 World Championship of Performing Arts – the Olympics of the performance industry – held in Hollywood.  “…Where before I struggled to represent my state, I will now be representing my country…”  She was noticed by a “…WCOPA talent scout. This lovely lady owns her own talent company in Queensland and had me through the audition process in no time, I was one of about seventy five thousand worldwide. As this is an international event with fifty or so countries competing, you can only imagine my excitement to be chosen…” 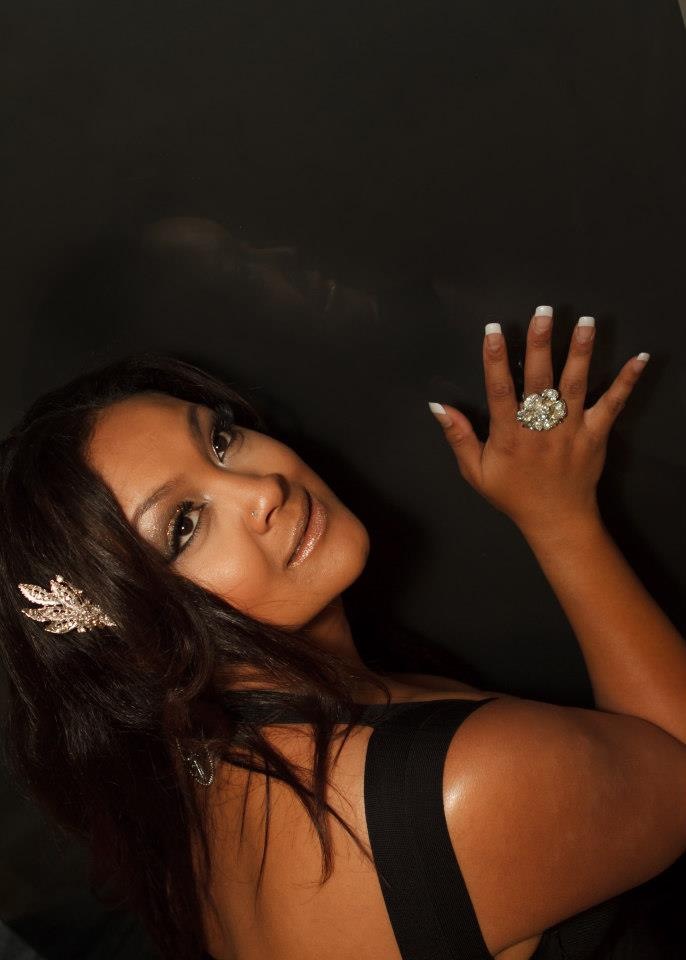 Firosha’s amazing singing voice was first known to the masses in 1998.  She had sung Janet Jackson’s ‘Together Again’ at a high school assembly.  “…No one knew I could sing. It was so quiet you could hear a pin drop and then everyone got up and cheered, my mum and her best friend were the loudest right at the back of the school gymnasium. I was so freaked out on the inside, I had a few bullies in the crowd but I sure showed them…”

Counting Mariah Carey as one of her greatest sources of inspiration – “…that woman is a legend and has built an empire from nothing. I love everything she is involved in music, movies and fashion…”  Firosha mirrors her idol’s tenacity.  Her strong self-belief and unwavering family support has helped her get through her career’s rollercoaster ride.  “…My parents have been there for me, watched the rejection, the lost karaoke competitions, the failed auditions and now my father has written 2 of the most meaningful tracks on my album…when my mum watched my music video for the first time a few weeks ago, she rang me crying from joy, she was more excited than me…” 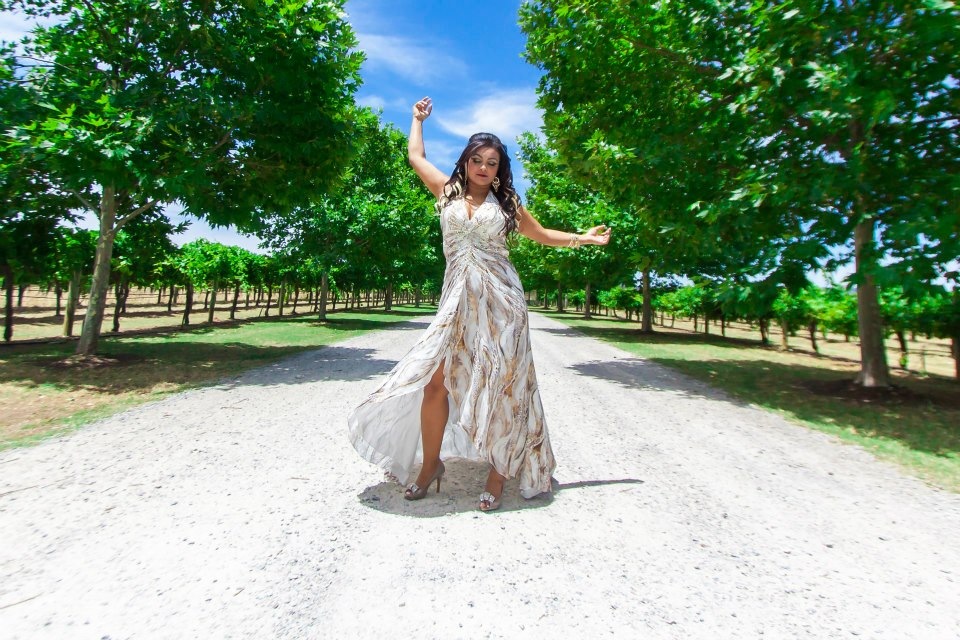 South Africa-born Firosha’s time in the performance industry, “…working in hospitality and being a constant concert goer…” has given her the chance to meet some of music’s A-listers such as “…Pharrell Williams from NERD, Redman, Method Man, James Brown before he passed and will.i.am and apl.de.ap from the Black Eyed Peas…”  But her most memorable experience so far has been performing Celine Dion’s ‘Power Of Love’ at her grandparents’ 50th wedding anniversary in South Africa 2 years ago.  “…My grandparents and parents were so proud and I felt amazing that I finally performed in front of people I knew. A lot of them didn’t know I could sing…” 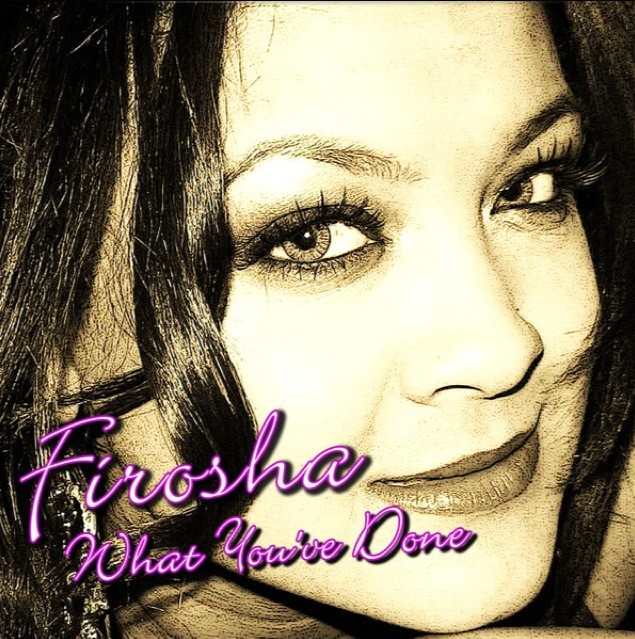 Despite all the ups and downs, Firosha has been enjoying her time as a music artist.  “…I love the entire process. The preparation from getting the music right to doing your makeup and getting all dressed up. I love the applause as a support in you following your dreams… you feel like you’re doing it for no one’s enjoyment but your own and the only critique you care about is yourself…”  It is that steadfast belief in her ability and in her craft that will certainly propel Firosha Price further and further into the limelight. 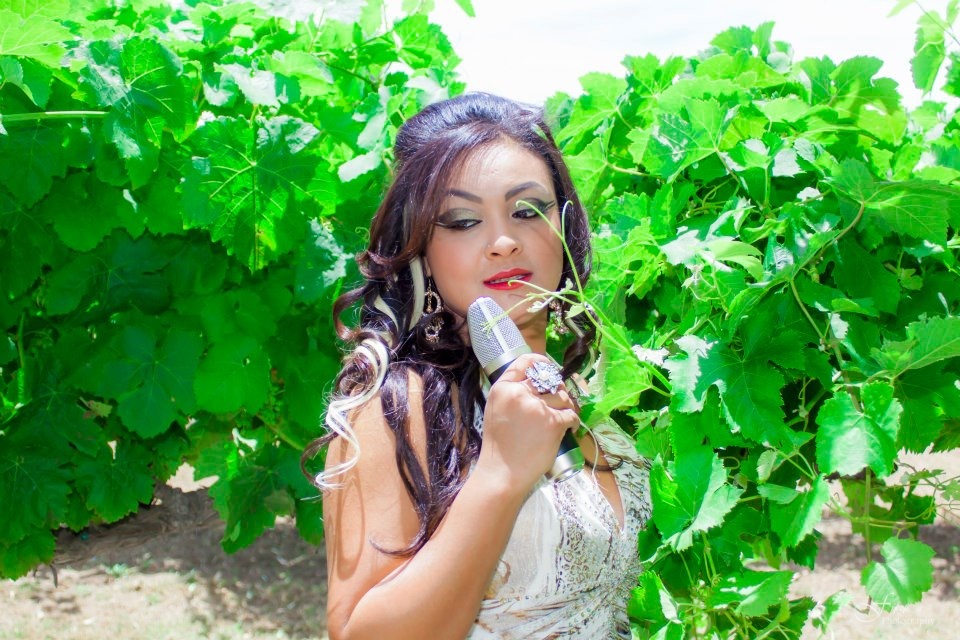 On a large scale, start an empire/brand. I would love to make a name for myself through singing but then create something huge with it. I love fashion and event management. I would even like to help those less fortunate than me through coaching, self-development and major fundraising. It’s hard being a woman in today’s society, life has so many expectations from you and I feel if someone can guide you when you need it, it would contribute to self-esteem, respect and empowerment.

I’ve done a lot of travelling this year and years before that, but I must say, South Africa. I have so much family and friends there and I thank them for all their votes in this unsigned artist competition. I have been back seven times. I love confusing them with my Australian accent. Seriously though, the food, music, culture and people just radiate passion for me. If you’re looking for a great time, book a plane ticket.

4. Complete this sentence: “I’m a sucker for …..fast things. Sports cars, motorbikes and planes. I was obsessed in high school, then they released the ‘Fast and the Furious’. I bought my first V6 Commodore at 19 and a Mazda Rx8 at 23. Recently I got my motorbike license and can’t imagine not riding my Kawasaki ninja. Best adrenalin rush ever. Why be the girl in the passenger seat, when you can be behind the wheel?

5. Your best way to combat nerves…

I have a glass of warm water with lemon.