‘Life is better when we share what we love’ and so she does. Veronica Sixtos, StarCentral Magazine’s Female Artist of the Month for the month of July 2015, lives true to her words as she provides an artistic healing process for everyone who gets the chance to see her performance. Stage has always been her comfort place. When she steps in, she could always light up the stars in the eyes of her audience. 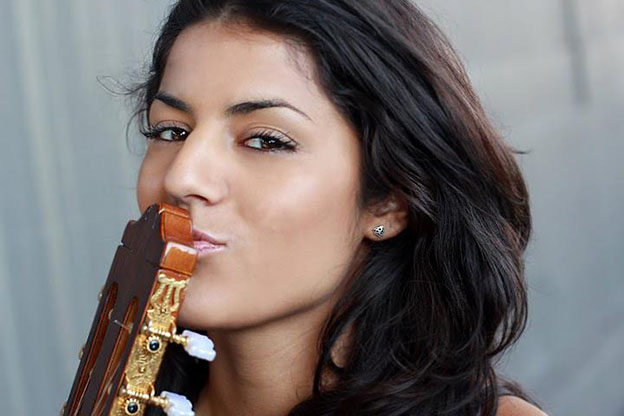 ‘My dad says that people need my music because it is healing’, she shares. The thought of having a positive impact to the lives of other people has inspired her to share her impressive musical talent to the world. Rather than keeping it to her own, she believes that whatever gift that has been given to everyone should be shared with others in order for it to be more fulfilling. Veronica’s music never fails. It lights up the fire during the darkest times and has kept her grounded at all times.

Veronica is a warm-hearted girl who loves to connect with people on an emotional level. She finds that musical performances are a great platform to build that connection with others. Her interest in music initially started when she first performed at the Cobalt Café in Canoga Park – she was 18 years old at the time. ‘It was a truly great experience’, she stresses. Though it was the first crowd to ever hear her original music, she knew in her heart that picking up the guitar for the first time has always been her destiny. 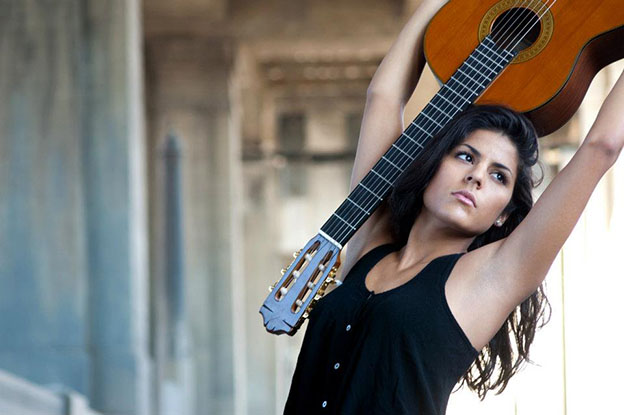 Since that first performance, people would always come up to her after every performance to tell her how moved they were by her music which sparks her passion even more. The ability to make people feel that they are not alone through her art has validated the fact that she is doing what she is meant to be doing in her life.

Veronica’s soothing music can actually calm any personal chaos regardless if it is her or her audience’s battle. While there were other performances that overwhelmed her to tears because of its graceful power, she would never forget the day she performed at Soapbox Sessions in Tarzana at the 11:11 art studio. At the time, Veronica was battling depression but the hopeful eyes that watched in front of her, listened wholeheartedly to her music – which actually provided her with tremendous comfort and healing. She believes that people are beautiful, life is worth living, and no one needs to take it alone. Her art could ease a troubled heart and by doing so, it pays back by healing her in return. 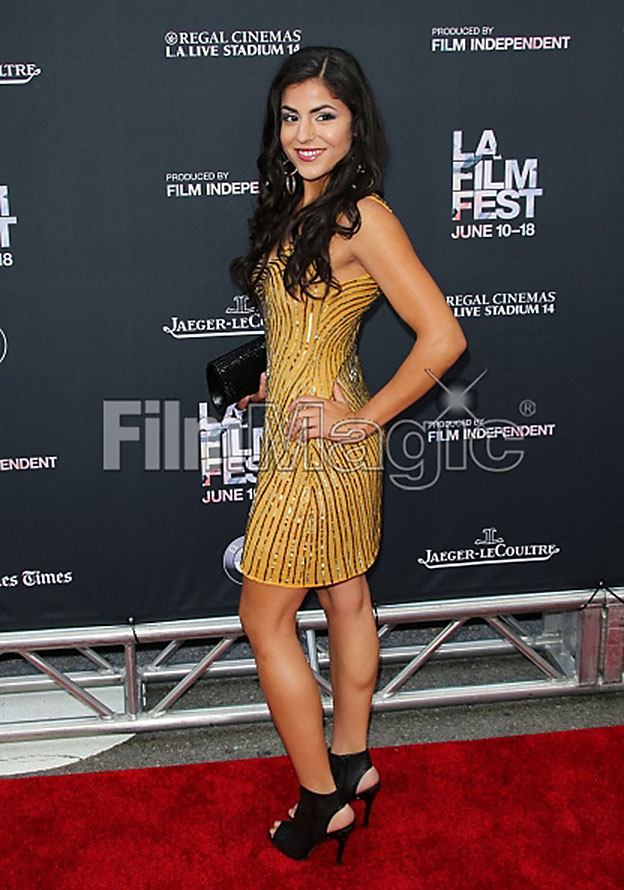 When asked about the most interesting person she’s met so far, she was quick to name Gregory Alba of The Reel Rejects. ‘There isn’t an uninteresting bone in his body and he inspires me every day. I’m 100% telling the truth when I say that he’s the funniest person I know’, she points.

With an incredibly supportive family that shows no seed of doubt when it comes to her career, Veronica has the strongest rock to lean on knowing how tough the industry could be. She knows that popularity will come and go and that one’s worth is not dependent on the number of Twitter followers you have or have not. She adds, ‘develop a solid understanding of who you are and learn to love yourself. Don’t forget who you really are inside, where you’ve come from, and who has always been there for you.’

Veronica plans to build her future career around art and travel. Aside from starring in a feature film called Pocha (Manifest Destiny) that will be premiering at the LA Film Festival, she also aims to release her first EP (Chapters) by the end of 2015. Find out more about her below.

1. What haven’t you done yet that you wish you could? I’m not yet fluent in Spanish. I’m of Mexican and Portuguese decent but I’m only fluent in English. I hope to learn Spanish then move on to learning Portuguese.

3. The five things you can’t live without? My family, my love Gregory Alba, my voice, my guitar, and icy treats.

4. Complete this sentence: ‘I’m a sucker for…’ and tell us why. I’m a sucker for adorable things like babies, puppies, kittens, you name it, I freak.

5. Your best way to combat nerves. It would be deep breathing and being honest about it with people. Coincidentally, I practically had a panic attack today because I found out that I’m going to be auditioning for The Voice this summer. I used my handy combative skills with the help of my awesome boyfriend and I calmed my crazy self down.