Vote now for who you think should be the Female YouTube Artist of the month for April 2013! If you feel that you or someone you know deserves to be a featured as one of the Female YouTube Artists of the month then let our talent coordinator know by emailing eileen@starcentralmag.com and we’ll get back to you as soon as we can! Please keep it in mind that any person who leaves negative, unpleasant and unnecessarily rude or derogative comments will be removed and banned from this site permanently. We will ONLY approve comments that are constructive to the contestants. Let’s just keep this voting poll fair and fun! 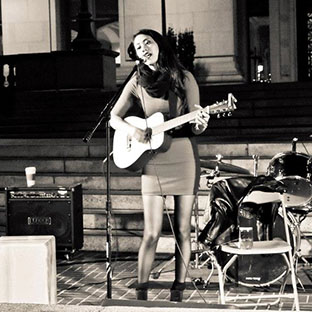 Danelle Sandoval is a singer-songwriter who hails from sunny Southern California. Aimed to inspire others with her music, she has been writing songs since the age of 10, singing since the age of 2, and playing the guitar since the age of 12. Intertwining musical influences from John Mayer, Ella Fitzgerald, and good ‘ole 60’s doo-wop, she has a passion for the oldies and acoustic cafe music. She proves true to being a coffeehouse college student musician, writing scholastic essays during the day, and searching for venues to perform at by night. 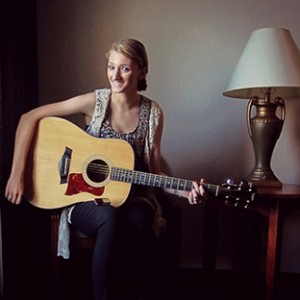 Alyssa May is an 18 year old country music singer and songwriter from the great state of Texas. Her bubbly personality and her enchanting looks light up a stage in an instant! While singing around the house at a young age, her parents Lenette and David Miller knew that she had a special talent. Alyssa would pretend she was on a stage singing to thousands of people and having a good time. Performing has always been in her blood. It wasn’t until 2007 when she realized that she wanted to sing country music. She became fascinated with how country music would tell a story all while tugging on your heart strings. On spring break in 2008, her father took her to a local music shop to pick out her first guitar. As soon as they got home she began to search YouTube videos of how to play her favourite songs and in less than a week she knew how to play most chords. This moment sparked her creative side and from then on out her song writing would never be the same. For thirteen years her family and friends were amazed at what kinds of songs she was writing. At the age of thirteen she was asked to start singing with the Praise Team at her church which allowed her to gain experience singing every week in front of a few hundred people. May of 2010 she uploaded her first YouTube video under the account “alyssamiller5”. There she has received wonderful support and now currently has 285,000 total views along with around 2,000 subscribers. She currently sings at coffee shops, restaurants, churches, schools, parks, and sporting games whenever she gets the opportunity. Everyone is hoping that 2013 will spark something great for Alyssa May! 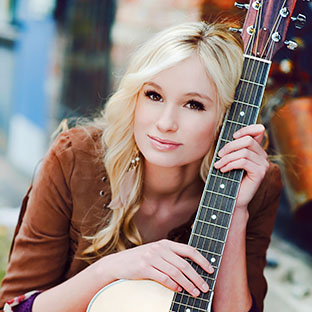 Ellee is a 17 year-old singer/songwriter who hails from Utah. She received a guitar for her 12th birthday which began her journey in writing her own music. Her debut album “Love & Liberty” was released back in August 2012 and her album is now available on iTunes along with other cover songs and originals. She continues to write weekly and to build quite a collection of songs to be released in the future. 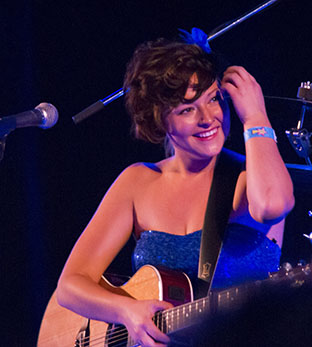 Trinity Bradshaw is a Calgary; Alberta (Canada) based singer/songwriter who wants to make the world a happier place – sharing inspiration and motivation with listeners of all ages.

Vote for who you think should be the “Female YouTube Artist of the month ” in the poll below! The winner will appear in our website and will be in line to be featured in our magazine. The poll closes on the 3rd of April, 2013 at 1am AEST and you are eligible to vote only once per day (after you’ve voted, 24 hours must pass after the time you voted, for you to be able to see the voting form and vote again the next day). Please note that voting is also restricted to just ONE vote per IP address. Vote NOW and make your voice heard!