With her sweet, sultry voice, StarCentral Magazine’s Female YouTube Artist of the Month for July 2013 is Hayley Richman, who is at the tender age of 14. Bringing a confident innocence to each song, Richman has been compared to the late 90’s sensation Fiona Apple. Like Apple, Richman refuses to put a label on her music style, preferring to sing a variety of genres and not restrict herself to a single sound. 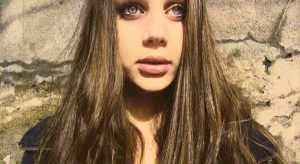 Singing casually since she was very young, Richman has gained momentum in the last year producing numerous YouTube videos with her father for the world to see. Practicing her craft through cover songs, the young singer has always idolised other musicians. Carefully watching and listening to her idols, Richman realised she wanted to follow in their footsteps, as well as her father’s, who is also a musician and her mentor.

“My father is my biggest motivation musically. In spite of the fact that he’s been a professional musician and knows the most about music than anybody I’ll ever know, he has encouraged and guided me throughout this whole learning process. Without him to help nourish what I love to do, I would never have even started making videos in the first place,” Richman says. 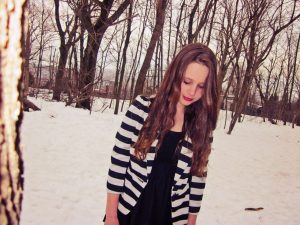 Dealing with the ups and downs of high school is hard enough, yet Richman is passionate about performing and singing, directing her focus towards producing an original body of work by the time school is out. For the road ahead, Richman hopes she will meet people who share a similar passion. The singer is keen to work with others in the future and wants to extend her platform and grow as an artist.

Richman covers a selection of Radiohead singles within her YouTube channel and says they are her favourite band who she, one day, would love to meet.

“They’re a great inspiration to me in every way, so obviously meeting one of the genius creators of their music would be fantastic.”

Richman is also a big fan of David Bowie, admiring his iconic music and performance style, and has a high regard for his talent in creating numerous personas through his music.

Her most successful cover to date has been that of Lana Del Rey’s ‘Young and Beautiful’. Gaining a lot of interest from it’s association with the movie ‘The Great Gatsby’, Richman was shocked to see a build up of hits everyday for her YouTube cover of the beautiful song.

“Now there are nearly 60,000 views, and although this isn’t much compared to other musicians on YouTube, it humbles and flatters me to know this many people have seen me broadcast what I love to do,” Richman says. 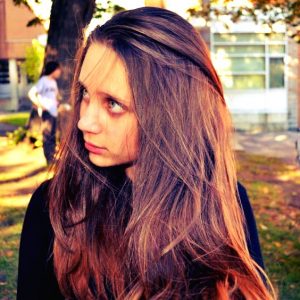 Extremely grateful to her YouTube followers and their support, Richman says she is always pleasantly surprised when each new track is received well. Most recently Richman has released three original songs that can be found on BandCamp  and ReverbNation. Richman says she will continue to post more of her own work and hopes to her original songs available on iTunes soon.