StarCentral Magazine’s Female YouTube Artist of the Month for September 2013 is Staasia Daniels – she is based in Toronto, Canada, or what she likes to call, “the T dot O”. 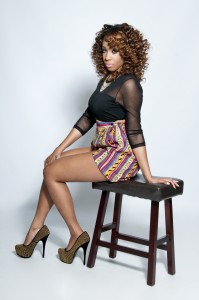 Discovering her passion for singing and performing started when Stassia was a little girl. With her mother singing opera and her oldest sister into music, she says there was something about the way music made her feel, beyond the movement of her body to the beat.

“It did something internally and singing Whitney Houston, Faith Hill, Donna Summer as a young girl to my parents, my Barbies, and even my sisters… it was just natural.”

Staasia describes her music style as, “old school meets today’s R&B again” but says she can do many different things with her voice and eventually wants to dabble in Disney sounds.

She has big plans for her future and hopes to dominate worldwide in the music industry.

“In 5 years, I want to see my career across the globe, far and wide, young and old, and last! Music is a universal language, so I’d really hope that I reach and captivate as many people with my work around the world.” 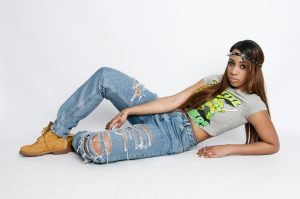 Describing herself as, “a turtle on skates” Staasia says she is yet to discover her favourite place to perfrom but most likely it would be similar to what Drake is currently doing in his city.

“My city with the best artists in Urban music today.”

However, she says her most crazy moment so far has been performing in Detroit where the crowd was bopping with her, reciting her lyrics and singing along.

“I was like hold on, this really does happen?!”

Finding motivation from music itself, she says she loves how it speaks to her.

“The many different creations you can make from emotions or what you see looking at something. Motivation is anything you want it to be, I get motivated seeing a plastic bag blowing in the wind; you find a story in the most unlikely form.”

KeKe Wyatt, Kanye West and Eminem are just some of the artists on Saasia’s hit list of Must Meet Artists, as well as Beyonce who she says is her idol.

Being compared to Kelly Rowland, she says that she is honoured to be likened to such a gorgeous and beautiful singer but she honestly doesn’t see the similarities.

“It’s a great compliment… It’s just one of those things, I don’t see it though.” 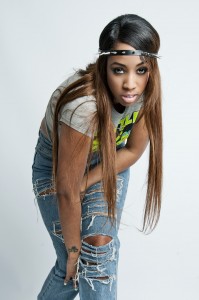 Currently finishing her own project titled “A Turtle On Skates”, which will be a two to three part series, Staasia is also releasing her first single off the series “No Matter What” accompanied with video. And if that isn’t enough, the songstress can also be found performing around Toronto and other nearby cities. 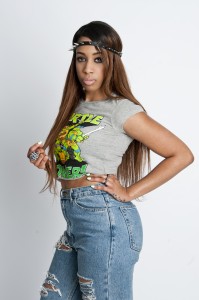