Vote now for who you think should be the Female YouTube Artist of the month for February 2014! If you feel that you or someone you know deserves to be a featured as one of the Female YouTube Artists of the month then let our talent coordinator know by emailing eileen@starcentralmag.com and we’ll get back to you as soon as we can! Please keep it in mind that any person who leaves negative, unpleasant and unnecessarily rude or derogative comments will be removed and banned from this site permanently. This is not a page where you can post your rants – we will ONLY approve comments that are constructive to the nominees. Let’s just keep this voting poll fair and fun!

1. Anissa Dominguez aka ASL Anissa (US) 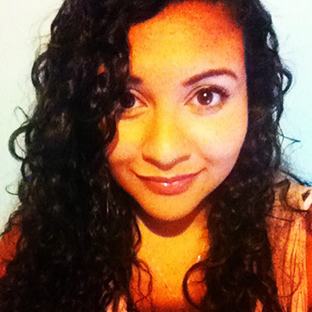 Anissa is a 20 year old artist and she started making sign language song covers about a year and a half ago. It was just something she used to do for fun as well as help other people become interested in learning ASL (American Sign Language). 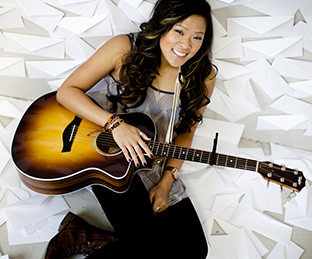 Rachel Wong brings a unique acoustic pop sound that will have you tapping your foot and humming along. Drawing upon personal experiences, her lyrics connect to everyone’s encounters of life, love and loss. Influenced by the musical likings of the late Michael Jackson, John Mayer, and Lauryn Hill, Rachel mixes a passionately soulful vocal style with pop melodies unmatched in the music industry today. 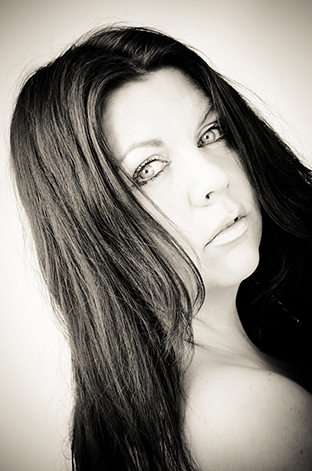 Rock, Pop, Jazz and Original artist, Helena, has been singing and performing from a very young age. Over the years she has had plenty of experience in the music industry as a soloist as well as having her own band and duo. She was even a songwriter for herself and other artists. Helena has been brought up in the music and entertainment world and was influenced in her early years from artists such as Blondie and Madonna as well as her father who was a singer and bassist in the 60&#8242;s and 70&#8242;s. Helena has a major love of music and a natural unique vocal. She released her debut album “Enlightened” worldwide which received fantastic reviews and accolades as well as worldwide airplay. She recorded her part of “Rock For Your Children” a charity single for worldwide song project against children in poverty and for children rights along with Dave Cousins (The Strawbs), Sandra (Enigma), Mick Rogers (Manfred Mann´s Earthband) as well as others. Her latest track is called “Million Miles” which is once again a radio favourite. 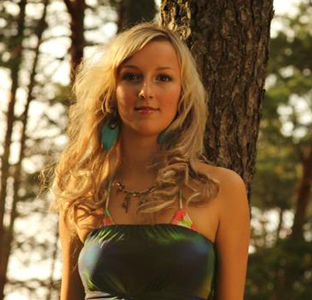 Patricia Lomako (“Patricia Blush”) was born in Jurmala, Latvia in 1991 and she is a solo singer-songwriter and a lead singer of the band Bessonido, which released an EP through Grade 9 Records non-profit music label under EMI and Warner Brothers. The album was distributed worldwide and all the revenue goes to Revolution Harmony, charities in South Africa. Four years ago she came to London to study music and already has finished BTEC National Diploma in Music Practice, passed Advanced Popular Music Theory exam and just finished BMus Professional Music Performance Degree (Vocals) at The Academy of Contemporary Music (Guildford). This year Patricia has been chosen as a finalist for Cannes International Youth Competition which will take part in May 2014, in Cannes during the Cannes Film Festival. Her band Bessonido has also been shortlisted for MTV Brand New Unsigned 2013. Patricia is not just a singer-songwriter, she also a producer and she actually specializes in Dance Music (Electro-Pop and House, Electro House and other genres of modern Pop). She composes and produces songs not only for herself but for other upcoming artists. Her songs have been in the top 10 of the young artists chart at one of the most popular Latvian radio station Mix FM 102.7. Right now, Patricia is working on her own EP which will be released in the beginning of February, as well as preparing a surprise for her fans – a new single “Christmas For Me And You” which will be released on the 23rd of December.

Vote for who you think should be the “Female YouTube Artist the month” in the poll below! The winner will appear in our website and will be featured in our magazine. The poll closes on the 27th of February, 2014 at 1am AEST (Sydney, Australia time) and you are eligible to vote only once per day (after you’ve voted, 24 hours must pass after the time you voted, for you to be able to see the voting form and vote again the next day). Please note that voting is also restricted to just ONE vote per IP address. Vote NOW and make your voice heard! 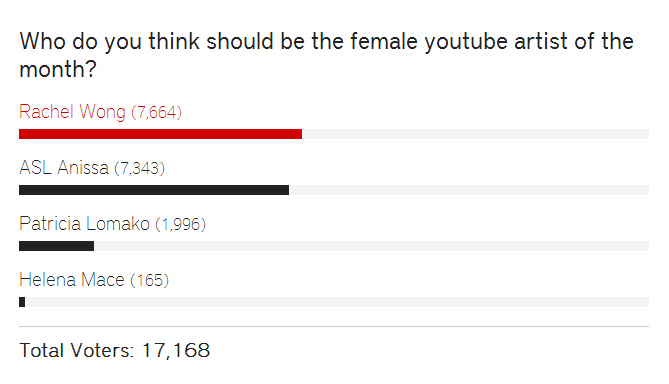