Vote now for who you think should be the Female YouTube Artist Of The Month for April 2014! If you feel that you or someone you know deserves to be a featured as one of the Female YouTube Artists Of The Month then let our talent coordinator know by emailing eileen@starcentralmag.com and we’ll get back to you as soon as we can! Please keep it in mind that any person who leaves negative, unpleasant and unnecessarily rude or derogative comments will be removed and banned from this site permanently. This is not a page where you can post your rants – we will ONLY approve comments that are constructive to the nominees. Let’s just keep this voting poll fair and fun! 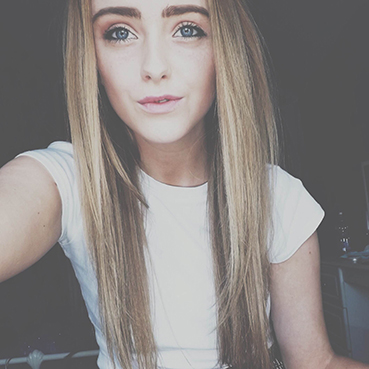 Lauren is a passionate singer/songwriter who hails from Dublin, Ireland. She is an upcoming artist and someday she wants to make an album, play in various sold out shows and hear crowds singing back the lyrics of her songs back to her. 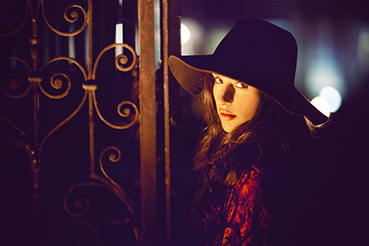 Laura is a 25 year old singer/songwriter who hails from Bolton, UK. She is currently living in London and working on an original material. Her debut EP actually went in at number one in the UK singer/songwriter chart. 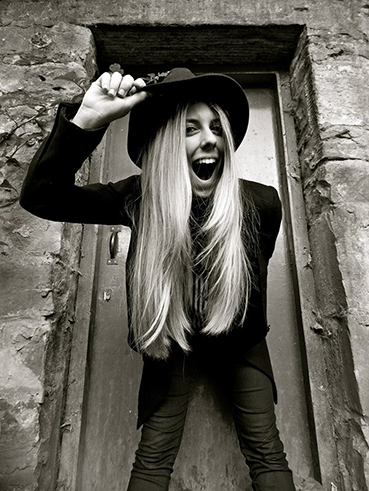 Mara was born in a small town called Elche (Spain) and ever since she was a kid she has always fantasized about being a singer. She has a lot of musical influences; her favourite band is the “Beatles” and her favourite song is “Hotel California” by “The Eagles.” Although, it’s folk and folk-rock sounds like “The Cranberries” or “William Fitzsimmons” are what that has influenced her the most when it comes to composing. She believes that the road to music superstardom is hard but it is full of surprises, new friends and new languages and she loves it!

Vote for who you think should be the “Female YouTube Artist Of The Month” in the poll below! The winner will appear in our website and will be featured in our magazine. The poll closes on the 29th of April, 2014 at 1am AEST (Sydney, Australia time) and you are eligible to vote only once per day (after you’ve voted, 24 hours must pass after the time you voted, for you to be able to see the voting form and vote again the next day). Please note that voting is also restricted to just ONE vote per IP address. Vote NOW and make your voice heard! 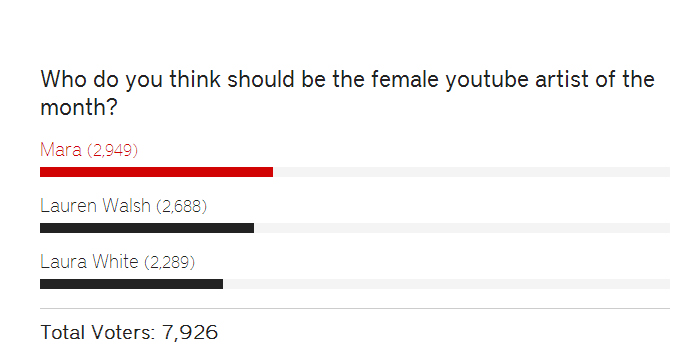