Unsigned Female Artists Of The Month – May 2014 Edition

Vote now for who you think should be the Unsigned Female Artist Of The Month for May 2014! If you feel that you or someone you know deserves to be a featured as one of the Unsigned Female Artists Of The Month then let our talent coordinator know by emailing eileen@starcentralmag.com and we’ll get back to you as soon as we can! Please keep it in mind that any person who leaves negative, unpleasant and unnecessarily rude or derogative comments will be removed and banned from this site permanently. This is not a page where you can post your rants – we will ONLY approve comments that are constructive to the nominees. Let’s just keep this voting poll fair and fun! 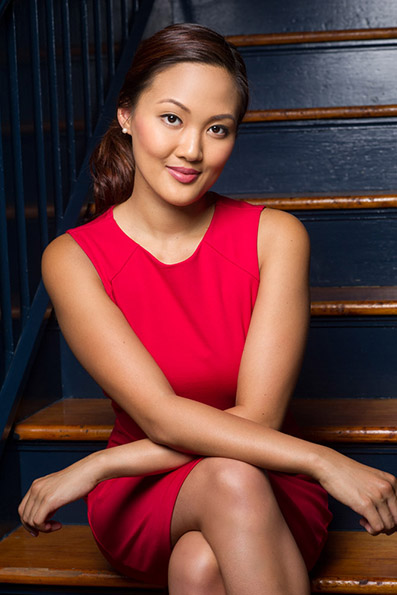 Dianne is a versatile musical theatre performer (singer/actor/dancer) with vast training and experience. In 2013, she completed a Musical Theatre Intensive program in New York City and was subsequently awarded a ‘Talent Based Scholarship’ towards a 1-year course at the New York Film Academy, which she is due to be completed later this year. She has performed in various genres of Musical Theatre, including Forbidden Broadway, Les Miserables, and Hairspray, in the role of a Dynamite. Dianne has also starred in various TVC’s, music videos, print advertisements, and also short films. Some of her most notable credits include the Omar Pedrini music video for “Nina” (shot in NYC), Princess Plum’s Prophecy” (ATYP), “BOOT” and “To Be” directed by Damien Power (The Voices Project). Dianne is a 2012 graduate of the University of Sydney, with a Bachelor’s degree in Education. Equal to performing, Dianne is very passionate about exposing people to the expressive potential of drama, singing, and the Arts in general. 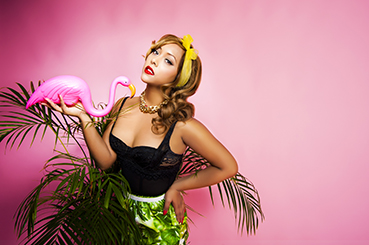 Born and bred in Sydney, Stella Rhymes is a triple threat – singing, rapping and writing to the beat of her hometown. Growing up, she’s taken the stage in front of crowds large and small with fierce interpretations of big hip hop/soul hits. Passionate about pin-up culture but is certainly no 1950’s housewife – this songstress scribes for the modern woman or her “LOL’s/Ladies on Liquor” as she affectionately calls them. Recently releasing her debut single “Lullaby” on iTunes and all major online distributors, Stella Rhymes explains “it’s a song I wrote as a reminder to let go and put to bed our first world problems, remember who we really are and reconnect with each other and our planet”. Choosing to launch her single and music video by hosting a successful UV Glow Party to coincide with Earth Hour, the world’s largest mass participation event this year raising awareness for the grim future of Australia’s Great Barrier Reef, proves that this unsigned artist has her finger on the pulse and heart firmly set on a large global audience. These days you’ll find Rhymes in The Intellectunes studio recording original cocktails of hip hop mixed with dance-pop as she gets ready to serve you a taste! 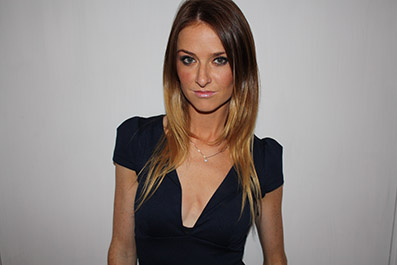 Georgia Purcell is a Singer/Songwriter who plays the guitar and piano. Her performing experience involves traveling to England, Spain, France and Ireland as a lead singer for a Cruise liner, representing Australia as the lead singer for a Tourism Australia campaign where she got to travel throughout India as well as perform her original music in New York for a three month period. Georgia has been a featured artist on the TV Program ‘Songwriters across Australia’ on Channel 31 TVS. She also presented and produced her own Foxtel segment which involved interviewing some of Australia’s most popular musicians. Most recently she was the lead singer and host on the Sydney Showboat in a cabaret show.

Vote for who you think should be the “Unsigned Female Artist Of The Month” in the poll below! The winner will appear in our website and will be featured in our magazine. The poll closes on the 29th of May, 2014 at 1am AEST (Sydney, Australia time) and you are eligible to vote only once per day (after you’ve voted, 24 hours must pass after the time you voted, for you to be able to see the voting form and vote again the next day). Please note that voting is also restricted to just ONE vote per IP address. Vote NOW and make your voice heard!


[NOTICE] This voting poll has been temporarily closed due to a hack issue. We are currently investigating on this hacking attempt so unfortunately we had to close the voting poll  to enable us to conduct a more thorough investigation. We apologise for the inconvenience.