How Celebrities Are Chosen to Star in a Movie 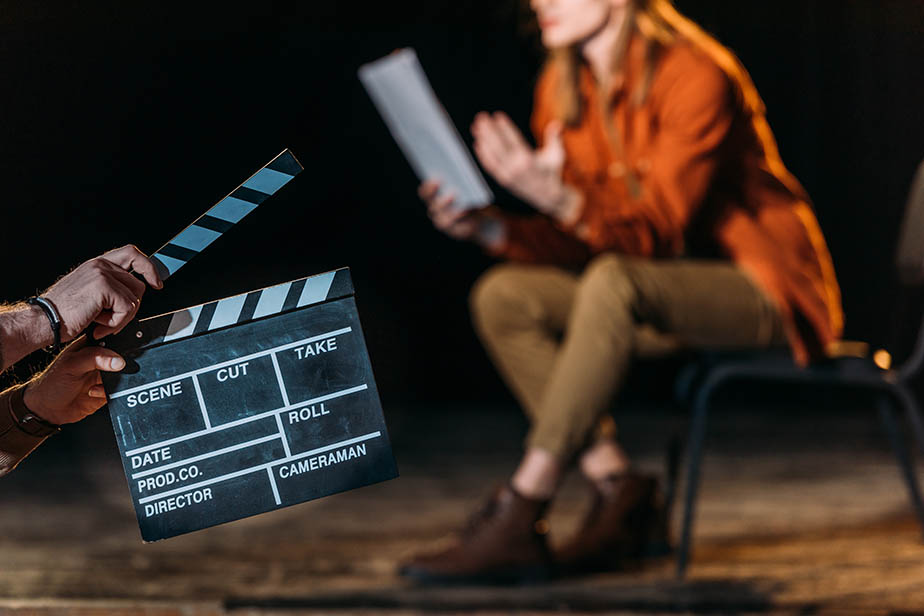 It is often a wonder how A-list celebrities can be a part of a movie. Do they just happen to wake up one day and are cast in a film? Well, this is the case for some celebrities. But more often than not, they have to audition and follow the casting process.

Casting as a Pre-production Process

Casting is a step in the pre-production process that involves selecting actors to portray specific roles in a production, whether a television show, movie, play, or advertisement.

Auditions, screen tests, and callbacks are all components of the casting process, supervised by a casting director whom the directors and producers will hire.

What Do Casting Directors Do?

To better smooth the administrative and organizational components of the process, the casting director may frequently recruit an assistant team to assist them.

The casting director’s responsibility is to search for and submit the most qualified candidates for each position to the film’s directors and producers, who will then make the ultimate decisions over who will play the roles. They will contact any celebrity that they feel is right for the production.

The Importance of Casting

Since a film’s performance can significantly impact how spectators and critics see it, casting is a crucial part of filmmaking. Miscasting a character can have a negative impact on a film or television show. Thus, it’s vital to choose the right actor for the role.

Even if the character is dislikeable or an antihero, the audience must believe in the actor’s portrayal in order to remain invested in the film story. Searching for the perfect person for a job requires the use of a combination of critical thinking, intuition, and timing.

That said, it is still a question of how celebrities are cast in a movie.

After reading the script, a casting director gives each speaking role in a film a character description. Casting directors use these descriptions to create a breakdown of all the roles in the show, which includes information about the actors’ ages, appearances, personality traits, and any pertinent backstories.

The Role of Talent Agents

Casting directors open auditions online or send invitations to talent agents directly. As a first step in having an open audition, they post a breakdown of the role on appropriate casting websites or forums.

They utilize the breakdown in several ways to help a talent agency find the ideal actor for the position they’re trying to fill.

In-person and self-tape auditions are options where the talent records their audition and sends it to casting. When requesting a self-tape audition from an actor, casting directors or talent agents supply them with sides or parts of the movie, a small sample of a pertinent conversation, and actions to perform.

An actor’s side might help or hinder the casting director’s decision-making process.

Actors That Need No Audition

Even though the vast majority of actors are required to audition for roles in television shows, feature films, short films, and plays, a few notable actors are offered roles without having to audition. This is due to the quality of their previous performances or their ability to attract specific audiences.

Casting directors need to view as many actors as possible to get a wide range of options. For certain actors, the production may need to bring them back for more than one audition to see if they’re a good fit for the role.

Casting should also compare their performances to those of other actors to make the best casting decision possible. When the casting team uses callbacks to restrict their search for the ideal performer, they have the opportunity to take a second look at a promising candidate.

Casting directors often use screen tests to see how an actor behaves in front of the camera. The casting department uses screen tests to assess an actor’s performance, appearance, and chemistry with the other actors on screen.

If a project involves more than one point of contact, the team wants to ensure that everyone gets along well and has excellent rapport. If they’re looking for a glimpse of an actor’s on-screen chemistry with their co-stars, a screen test is a perfect way to do it.

When it comes to casting, the director and producers ultimately decide which actors get the part. Depending on the part and the budget, they’ll pick the right actor for the movie. Other than the casting process, what are other factors the production looks at in choosing a celebrity for a movie?

Reputation and Prior Work as a Baseline

Most great actors and actresses with massive success in the movie industry will not participate in casting calls for movies at the top of their game. Several are “offer-only,” meaning they won’t even examine a script unless it is delivered along with an offer.

On the other hand, majority of well-known actors, before agreeing to play a part in a film, want to meet with the director to go through their expectations for both the movie and the part, as well as to ensure that they are personally and artistically on the same page.

The Role Can Be Written for the Star

More famous actors are less likely to go through a lengthy audition process. When an actor has such a distinguished resume that the studio is confident in their abilities, the character is often written with that actor in mind.

Choosing a celebrity to star in a movie depends entirely on the production and the casting director. They may prefer celebrities to go through the casting process or massive A-list stars to be directly offered the role in the movie.

It stands to reason that as actors’ fame goes towards the heavens, they’re most likely not going through auditions, or the role can be directly written for them. Starting actors, however, need to follow each step of the line.

And that’s how celebrities shine like stars in each movie on everybody’s screen.