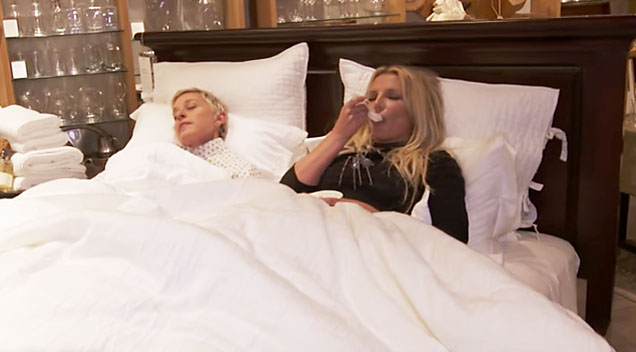 Ellen DeGeneres and Britney Spears decided to flaunt their celebrity status publicly and it was absolutely hilarious to watch.

Ellen decided to invite Britney to join her at a Los Angeles shopping mall and pretty much do whatever they wanted because they’re celebrities. Their epic escapade included leaving a luxury department store with expensive clothes that they didn’t pay for, falling asleep in a bed in an upscale home furnishing store and stealing money out of a fountain for “charity”.

Check out their hilarious adventure below (source: The Ellen Show):