The Verdict On Bridget Jones’ Baby: Is It Worth Your Time And Money?? 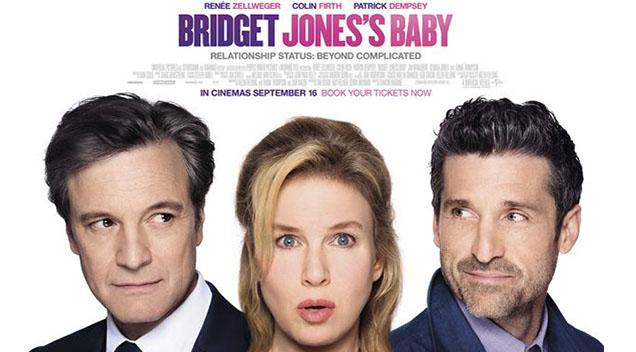 Bridget Jones’s Baby is an enjoyable and a perfect addition to the franchise of Bridget Jones. The impressive thing about this movie is that it is deemed as the meaningful one.

In her character role, she broke off her engagement with her longtime partner Mark Darcy played by Colin Firth. The irony is that some of her closest friends have already started their families while she continued to enjoy her single status. It was when she decided to attend a music concert that an idea came up to her mind  – have a one-night stand with Jack which pretty much turned her life upside down.

The exciting part of the story is when Bridget got pregnant but without being sure of who the real father is of her baby. You may automatically assume that Jack is the father whom she had a one-night stand with, but actually, besides Jack, she also had sex with Mark. Now, she is left with the mystery situation of raising a child with either Mark or Jack.

This movie may be a bit cheesy and sentimental but it’s still a good quality movie. This latest installment to the series is still pretty good and that’s because Bridget will make it worth your while. As always she is attractive and appealing and at the same time vulnerable, relatable, warm and open all at once.

Bridget Jones’ Baby is regarded as a solid film by critics for being a brilliant physical comedy. This is pure comedy because it involves Bridget as a heavily pregnant woman in her usual lovable antics. The comic dance sequence of the movie is called Gangnam style but unfortunately this will now be banned from use in several films.

For parents out there who have been Bridget Jones fans since day one, it would be good for them to know that this movie is a cut from the same raunchy and fun installments in the Bridget Jones series. The plot is more mature this time because as mentioned, it will revolve around a pregnant woman without exactly knowing who’s fathering her baby. All of these things add up to a pure comedic film which is very entertaining to watch.

Read More
Screenshot from Watch Mojo’s YouTube video Who knew female villains can be so damn sexy?? Welcome to WatchMojo.com’s…
Read More
0
0
0
We all know that the chemistry between the two stars of hit TV show ” Be Careful…
Read More
0
0
0
With summer just around the corner there’s no better time than now to look at some of the…
Read More
0
0
0
Screen Rant just posted a video showing some movie scenes that weren’t originally part of the script and…
Read More
0
0
0