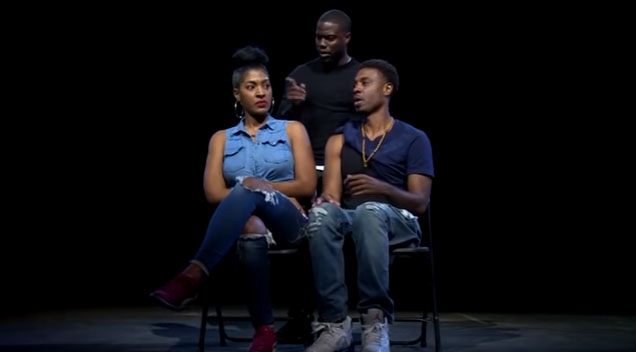 It’s a highly known fact that Kevin Hart is one of the funniest men in the planet and this video further reinforces this fact.

When Kevin found out that some of aggressive fans were kicked out of his show, he decided to confront them face to face – the result was hilarious.

Check out the video below (Comedy Channel):