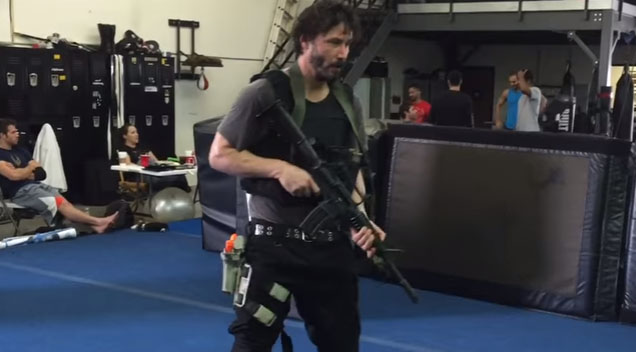 Keanu Reeves is really taking his role as an assassin to heart and we can’t wait to see him in action.

Aaron Cohen is actually in charge of training and getting Keanu Reeves on tip top shape for his role in John Wick Chapter 2. His training consists of over 3 weeks of pre-production tactical firearms prep and the specific gear and tactics included concealed draw training. Cohen was part of a tactical training team selected to train Reeves which included Judo, Ju-Jitsu, Krav Maga, boxing, 3-gun and more.