Kevin Hart Decided To Take On Vine Star Klarity In A Rap Battle. The Result Was EPIC 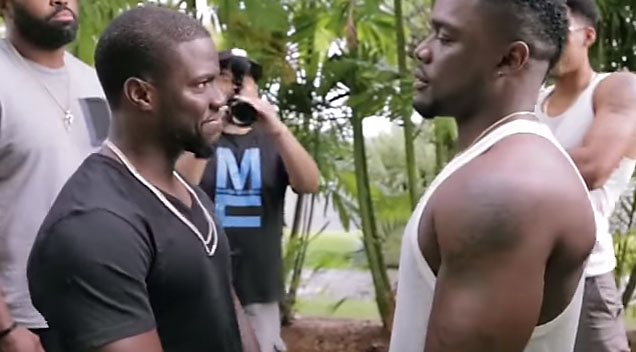 We all know Kevin Hart as a Hollywood superstar; well his opponent is actually a Vine star who has around 4.3 million followers and more than 1.5 billion loops for his comedic acts.

Check out the rap battle below (credit: Kevin Hart):