The Verdict On Inferno: Is It Worth Your Time And Money?? 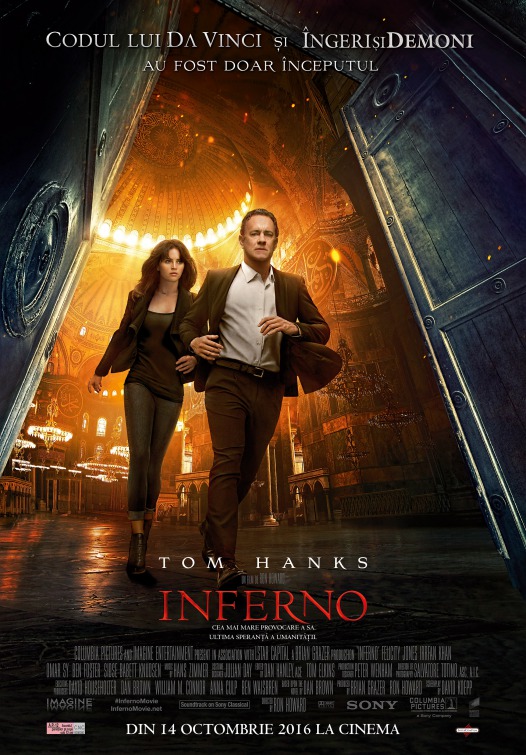 The third and final instalment of the Angels and Demons trilogy has hit the circuits earlier this month. This film is based on the book of the same name by author Dan Brown, and stars Tom Hanks once again as Dr Robert Langdon with Felicity Jones as his sidekick, Sienna. Despite the successes of the first two films of the trilogy namely Angels and Demons and The Da Vinci Code, Inferno has left audiences unsatisfied and people are referring to it as the 10th circle of hell.

The movie itself did not receive a lot of praise and this could be largely due to the thriller novel on which it is based. Reviewers note that the time in which tourist thrillers are popular have long come and gone, and Inferno does not seem to live up to the expectations. Even though there is an attempt to bring culture and renaissance onto a communal platform, the audience can’t take anything new away from it. There is nothing left to learn and the viewer is left with a flat character, no growth, and a predictable plot line. The once exciting aspect of the concealed clues that is so prevalent in the Brown films, is dull, to say the very least.

Despite the boring role he is portraying, Tom Hanks once again did a terrific acting job when it came to bringing Dr Robert Langdon to life. This academic awakens after an apocalyptic dream in a Florentine hospital after suffering amnesia. He regards this dream as a vision and now he has to not only deal with fitting the pieces of the puzzle together, but also with the fact that he has a shattered memory that has to be revived.

The vision seems to tell Langdon that the world is in imminent danger from a bio-warfare device that will mean the demise of the entire human population. A crazy biotech billionaire, Bertrand Zobrist has become obsessed with curing the overpopulation of the earth. Based on his theory that the Black Plague gave breathing space to humanity, he developed the enormous poison bomb that will kill off about 50% of the entire population. However, he does not immediately detonate it; he hides it before killing himself. He did leave a string of clues in Botticelli’s illustrations of Dante, much like the previous two films’ plot structure.

It is then up to Robert Langdon and Sienna to figure out the clues before it is too late. The duo can be seen running through the streets of Florence, Italy in order to save the world. However, they too run into some trouble as another group of academics want to find the bio-device for their own purposes. The audience is left guessing who the real bad guys are. The scenery of Florence attempts to make up for the bland plot line and character development, but it does not quite cover it up.