The Verdict On The Conjuring 2 DVD: Is It Worth Your Time And Money?? 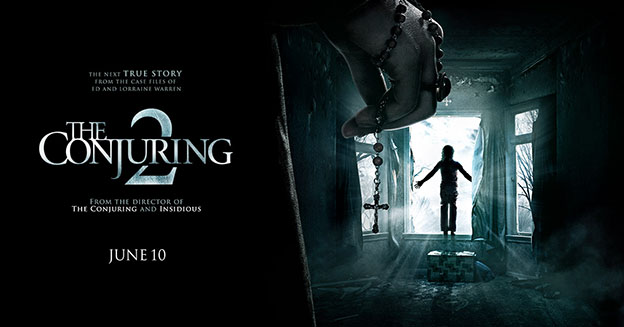 Synopsis: Paranormal experts Lorraine and Ed Warren travel to Enfield in north London for another scary case. They were requested to help Peggy Hodgson, a single mother raising four children in a house haunted by a dark demonic presence. After seeing Peggy’s youngest daughter, Janet get terrorized by an evil spirit, Ed and Lorraine eventually confirmed that the supernatural event isn’t just a hoax and that they may be the next target for the demon that is haunting the Hodgson’s family.

We all know that creating a sequel is extremely difficult since sequels are very common in the movie industry. However, most go wrong because they do not manage to live up to the expectations set forth by their predecessors. Fortunately, The Conjuring 2 is not that type of a sequel. This film is an equally horrifying follow-up of the hit 2013 movie by renowned horror movie director James Wan.

The Conjuring 2 continues the tale of paranormal investigators Ed Warren (Patrick Wilson) and his wife Lorraine Warren (Vera Farmiga). The film is set years after the events of the first movie, when the Warrens are gaining worldwide popularity for their work on the Amityville case. Lorraine had demonic visions involving a nun while critics are continuously trying to disprove their work. So when the Catholic Church asked for their help to investigate the case of Peggy Hodgson, they travelled to North London and that is where one of their most horrifying stories unfold.

While The Conjuring may be considered as one of the greatest horror movies in decades, its sequel does an even better job as it gives the audience something new but retained the same elements that made us love the first film. The movie provides us the usual old horror film tricks, creepy old man, moving toys and flying objects. But the delivery of these scares and how the atmosphere is created made The Conjuring 2 a more thrilling and worthwhile experience.

The movie invested in its characters and its compelling story. The cast displayed superior acting skills and the build-up of the scary scenes are brilliant. Sometimes, the impending danger is actually far more frightening than the actual ghost/spirit itself. Knowing that this film is based on a true story also adds up to the chills. Through intelligent camera works, the portrayal is achieved incredibly by James Wan.

The Conjuring 2 resembles its predecessor in terms of the structure and screenplay but it took the original characters forward. The sequel is scarier since it involves more jump scare scenes. However, the predecessor is rather more disturbing as there were more paranormal activities and exorcism rites. What makes this movie as equally gratifying as the first is its striking cinematography and careful frights that would make the viewers jump out of their seats.

The primary challenge in movie sequels is that you want to offer your audience something new and better but you can’t take it too far from the original. The Conjuring 2 exceptionally achieved this balance. Horror movie fans will surely enjoy this movie. It is definitely worth your time and money. Prepare for a hair-raising and spine-nerving experience!