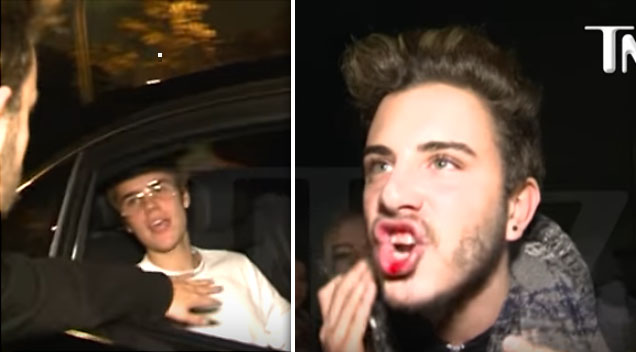 Justin Bieber just smacked a fan who got a little too close to him while he was on his way to a concert in Barcelona resulting in a busted lip.

Bieber was on his way to his Barcelona concert when he drove by a group of fans while his car window was rolled down. A super excited male fan decided to stick his hand inside the car window and pretty much run several feet alongside the car. Justin felt that his personal space was being invaded so he ended up punching him in his lips. The fan then returned to his equally excited friends sporting a bloody lip and looking totally shaken.

Check out TMZ‘s video below: