These Shoppers Were Looking For A New TV. Seconds Later Something Terrifying Came Out Of The TV 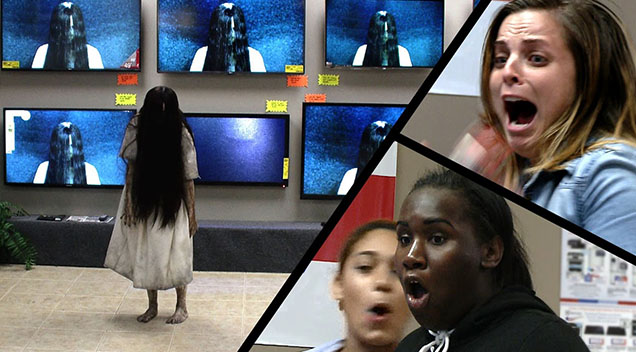 What would you do if the real-life Samara from “Rings” actually popped out from the TV and tried to scare the hell out of you?

To celebrate the upcoming release of the “Rings” sequel, Paramount Pictures decided to set up hidden cameras to capture the reactions of unsuspecting customers as Samara comes right for them. Their reactions were priceless.

Check out the video below courtesy of Paramount Pictures: