The Verdict On Doctor Strange DVD: Is It Worth Your Time And Money?? 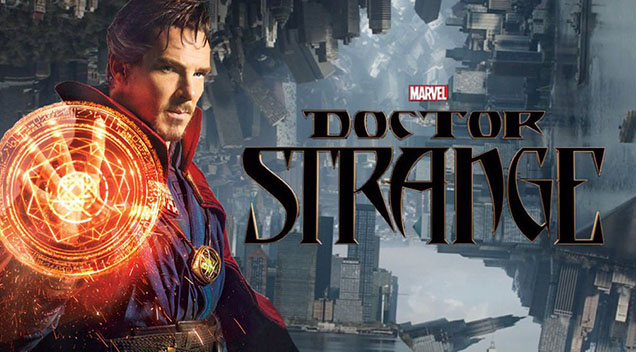 Fans have agonized over the wait for Doctor strange – the backseat hero of the Marvel-verse who is unbelievably powerful, and uses his powers creatively in some of the most intense moments known to comics. Enough fan raving though, Cumberbatch’s performance is second to none. Unpredictable, visually stunning and the CGI effects are justified in the most perfect ways.

While you may be expecting something completely different from Scott Derrickson, the director who is known for movies such as Sinister and The Exorcism of Emily Rose – what he provides here is a wonderfully spiritual experience that is sure to outlast the drive home from the theatre. The humour is quick and witty although you’ll catch onto some setup the hour before and had been waiting for delivery.

Dr. Strange pulls you in with his coldness and logic driven decision making that will remind you of Iron Man, Tony Stark. If you take away the social loving and sometimes genuinely caring man that is Tony Stark and is not Iron Man. But you are committed to the character because of how intriguing he is. The immediate issue of Stephen Strange’s way of life coming to an end, a passion stripped from him, sets up the moving forward of an endless rollercoaster. One of the very few Marvel heroes to suffer a sincerely disastrous event in his life that was otherwise doing just fine.

There is strong support from all of the surrounding staff from dry humoured Benedict Wong to the glam band forsaken disciple Kaecilius.

This may also be the first movie where 3D is truly worth it and those who opted for 2D, because let’s be honest, there’s not too much of a difference most times.

Dr. Strange will keep you guessing on the edge of your seat so much that you’ll think it was a Shamalyan film. Every time you settle in a major turn of events you get on the edge again. The standard sci-fi of super geniuses, although we love them, is out for this film. We have opened the doors to spirituality, magic and the occult.

Mordo himself stands apart as a trainer, although compared to the Jedi; he is an unbelievably deep character who drives the plot significantly. There’s also a rumour that he is sure to be in future Marvel developments, so bonus! Stick around for the two, count that, two post credits sneak peeks.

We have come to love Dr. Strange for the newness and inexperience we have in watching this. It is not governed by the standard rules that super movies operate on. We are ill-equipped and have welcomed the new methods and madness that comes with it! This movie is worth the experience so we suggest that you purchase this DVD because it’s worth it.