The Verdict On The Founder DVD: Is It Worth Your Money?? 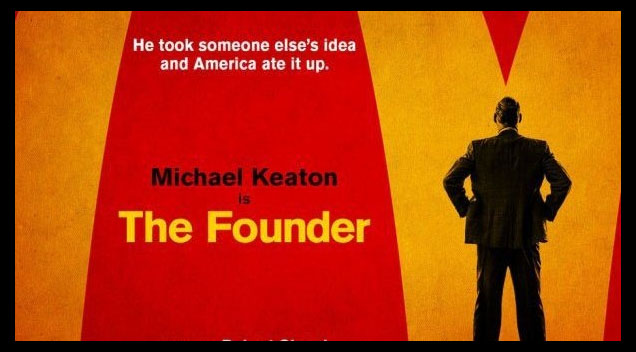 The Founder is a movie starring Michael Keaton as the salesman turned millionaire Ray Kroc, the founder of Mc Donald’s. Although it seems on the surface to be an “American Dream come true” story, the real facts behind Ray’s expansion of a small burger chain seep in a little like an expose.

Mc Donald’s was originally a fast food concept by two brothers whom Ray eventually sees as holding him back. He partners with the two and turns the Mc Donald’s faster fast food concept into a vast chain of stores. The story seems true to the facts and viewers witness Ray’s dedication to his own goal of finally getting rich. It opens with Ray selling a milk shake machine to the two brothers and discovering they have developed a way to speed serve without losing quality.

Ray convinces them to franchise and grows Mc Donald’s. Along the way, Ray does some exploiting of employment law, hiring teens and part timers. He also flaunts consideration for customers by trimming cost to create burgers from mass farmed cattle and flavoring french fries to make them more palatable. One of his supporters advises the his focus should be in real estate and Ray’s sleaze factor jumps up.

In one day and age this might be a real dream come true story but in today’s society, the ends no longer justify the means. The producers seem to have been careful not to step on the toes of the actual Mc Donald’s company but Michael Keaton seems to understand the need to portray something negative about this particular rise to riches. The original Mc Donald brothers’ desire to retain pure foods along with their revolutionary fast service concept was dismissed by Ray as he and his new wife and partners grow the chain.

The biopic also covers Ray’s personal life as he and his long-suffering first wife part ways and he meets a like-minded business woman named Joan. A scene indicates that Joan introduced Ray to the idea of the pre-mix milkshake, bringing him further from real food and closer to instant non-food delivered with even more speed and less cost.

Michael Keaton displays a strong character development, making Ray seem more and more focused on his personal need for wealth and empire as time passes. Ray manages to disengage from the original brothers along with their concept of providing actual meals, albeit with speed. Keaton and the film move away from the idea of Ray as a hardworking man striking it rich into the idea of the founder as a business despot.

The movie is well done but it’s difficult for production to merge the conflict between a typical American dream story and the facts of Mc Donald’s as a template for American’s innocent trust in chain stores which has led to epidemic obesity.