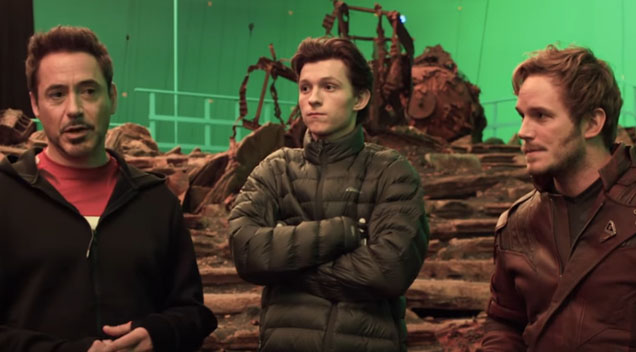 It looks like filming for ‘Avengers: Infinity War’ is officially in progress and it appears that Robert Downey Jr.’s Ironman, Chris Pratt’s Star Lord from Guardians of the Galaxy and Tom Holland’s Spider-Man are all part of the epic production.

Producer Kevin Feige said in the video “Avengers: Infinity War’ is the culmination of the entire Marvel Cinematic Universe as started in May of 2008 with the release of Iron Man, and it is really an unprecedented culmination of a series of films, interlinked together.”

“We know they’re gonna face Thanos, we’ve been setting that up since Avengers. How do you that in a way that is unexpected, that pits the Avengers against somebody who is more powerful than anyone they’ve ever faced, and make them completely unprepared to face them?” he continued.

Check out the video below courtesy of Marvel: