The Verdict On Fantastic Beasts And Where To Find Them DVD: Is It Worth Your Money?? 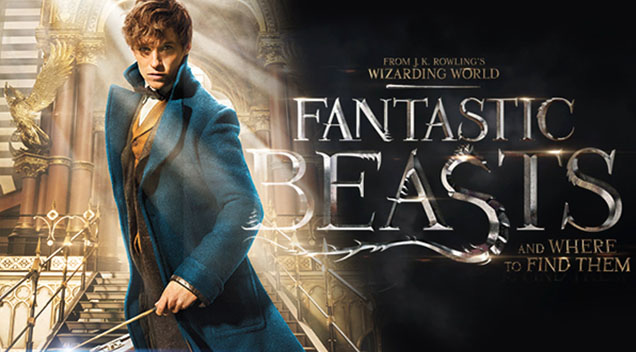 It’s been a little while since we visited the Harry Potter cinematic universe, but the ethos of Hogwarts has lived on through amusement parks and JK Rowling-sanctioned plays. In an era that is thoroughly taken with nostalgia, moviegoers have grown up alongside Harry Potter and do not wish to let him go.

As a result of this everlasting love for all things Potter, we now have this prequel to sink our teeth into, a spinoff centered around the story of Newt Scamander (Eddie Redmayne), a wizard who finds himself expelled from Hogwarts after endangering the lives of humans with the help of some beasts and living in 1920s New York City.

However, America is nothing like the Britain that he knows and loves, as even the names of the Muggles are different (known as the No-Maj) and it is Gellart Grindelwald who now takes the place of He Who Shall Not Be Named as the primary antagonist.

The objectives have not changed, though, and the main imperative is still keeping humans from finding out about all the magic that lurks in plain sight. But Newt’s magic briefcase that is filled to the brim with mythical creatures that are waiting to burst out of their confines threatens this mission at every turn.

Thanks to a mishap, Newt introduces a WWI veteran by the name of Jacob Kowalski (Dan Fogler) to the creatures in his briefcase and Jacob makes an accidental escape with the titular beasts in tow before Newt has had a chance to “rectify” the error. To make matters worse, a a Federal Wand Permit Officer (Katherine Waterston) witnesses the incident and takes Newt to task for carelessly using his powers.

As a movie that has clearly been designed as a world building experience, it is cheerful and welcoming. Since they are already four sequels planned, the initial entry was bound to suffer from a busy and convoluted plot and director David Yates (who was responsible for Potter entries 5-8) struggles to conjure the same sense of magical and mystery that surrounded the earlier films.

The patchiness of the plot is easily forgiven due to the charms of the cast and while the second half of the film cannot match the giddy excitement of the first, the mixture of old and new makes for an entertaining day at the movies, even if Fantastic Beasts and Where To Find Them does come across as a bit of a cash grab in spurts.

There is simply no way to match the joys that the Harry Potter series has provided to viewers and while Yates’ direction suffers a bit because of a demanding script that is chock full of story elements, there is still quite a bit of magic left in the wand after all.