The Verdict On The Ghost Busters 2016 DVD: Is It Worth Your Money?? 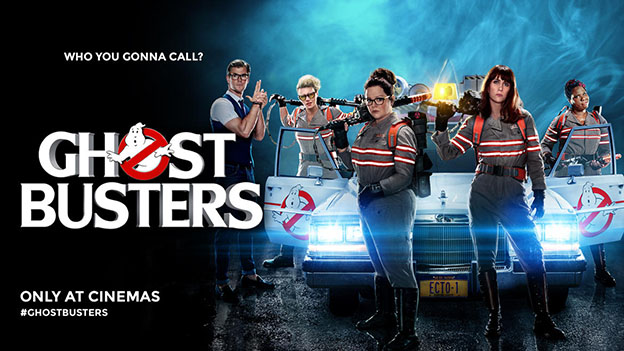 The movie introduces Dr. Erin Gilbert (Kristen Wiig), a physics professor at Columbia University, as she tries to cover up a book she wrote awhile back with her colleague and high school best friend Dr. Abby Yates (Melissa McCarthy). Their book postulates the high probability of the existence of paranormal phenomena otherwise known as “ghosts”.

Afraid that the discovery of her book might threaten the possibility of a secure position in the University, Gilbert seeks out to find Yates to defer the republishing of their book, where she meets Yates’ eccentric yet brilliant colleague Dr. Jillian Holtzmann (Kate Mckinnon). Yates agrees to do it as long as Gilbert assists them in a ghost hunt, which would result to Gilbert believing in the paranormal again and losing her job.

The trio decides to continue their work in investigating the supernatural entities, which brings them face to face with another ghost in a subway station, and with their fourth member, Patty Tolan. The four work together to unravel a ghastly plan that would turn the New York City literally into a ghost town.

The update of the 1984 Paranormal Comedy Film Ghost Busters takes movie goers to an hour and a half of kicking ghosts’ butt while laughing from the main characters funny antics. This year’s blockbuster stars the most hilarious women on TV today, which are Kristen Wiig, Melissa McCarthy, Kate McKinnon and Leslie Jones, who were all product of Saturday Night Live. When the trailer came up for this movie, a lot of negative comments were posted on social media about having a female cast, which is rather sad because who knew some people today could still be so darn misogynistic.

Well, the girls have proven they can be one heck of a ghostbuster, and they surely can knock your socks off with their superb comedy. The script was well-written and packed with hilarious lines every 10 seconds of the movie, which can be expected from Director Paul Feig and his Parks and Recreation co-writer Katie Dippold.

Also, the movie reminds you of how hilarious the original film was as it brought in a number of Cameos like Dan Aykroyd as the Cabbie, Sigourney Weaver as Rebecca Gorin, and Bill Murray as Martin Heiss,

The uber-hilarious Melissa McCarthy, who had us ROFLing with Spy, Identify Thief and many more, is three times funnier as she reunites with her Bridesmaid buddy Kristen Wiig. The two comedians are unstoppably funny so be ready to spill your buckets of popcorn while bursting a guffaw. This movie also debuts Kate McKinnon as Holtzman, who is rather perfect for the character as well as Leslie Jones who is a complete knockout as she takes on her proton-blasters blow ghosts into oblivion.

The catchy theme song of the original has also been upgraded which I’m sure movie watchers of this generation would find pleasing. Overall, the ladies rocked this movie, and it has nothing to do with them being ladies.