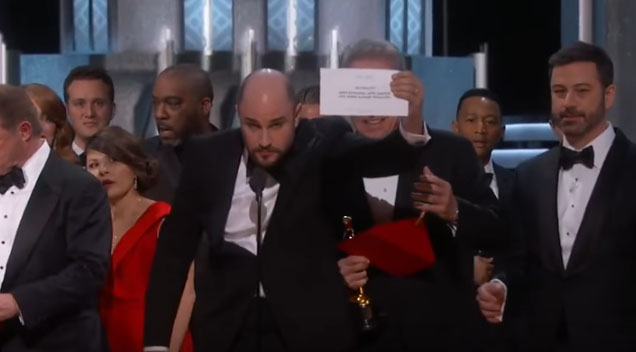 The cast of La La Land had to hand their awards over to the cast of Moonlight after a mistake was noticed in what was the most dramatic moment EVER in the history of the Oscars.

The La La Land team were already halfway through their victory speeches when it turned out that the wrong film name had been read out by Warren Beatty and that Moonlight was actually the winner! La La Land producer Jordan Horowitz announced “there’s a mistake. Moonlight, you won best picture”  and you can hear the gasps everywhere coming from a shocked crowd thereafter.

Scroll down to watch the cringeworthy moment below courtesy of ABC News: