The Verdict On The Legend Of Tarzan DVD: Is It Worth Your Money?? 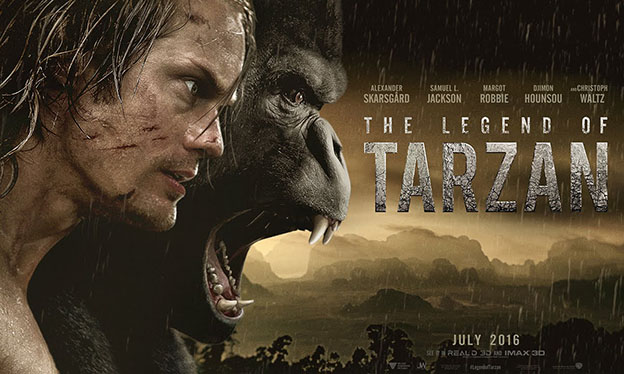 Synopsis: The movie begins with the history of the Tarzan we know. His parents get shipwrecked and becomes stranded in a tree house in the African Congo. They die and their baby is taken in by a family of Apes. The baby grows up to be Tarzan and later falls in love with Jane Porter. The couple then moves to London to live a normal life together. The film then takes to events happening in the African Congo, including the involvement the Belgian government in enslaving the African Tribes and illegal mining of diamonds. The peaceful like of the Civilized Tarzan is interrupted as he is asked to help in the situation in Congo. Slowly, the film unravels the man he has become and awakens the beast that once was.

Director David Yates attempted to bring our all-time-favourite Apeman more relatable to the viewers of this generation. He brought with him the amazing special effects we saw in the Harry Potter franchises and added the stunningly handsome Skarsgård as the savage man with a beautifully-crafted body. The aesthetic view of the African Congo Jungle is breathtaking, which is exactly what we would expect from the director. Moreover, the scenes with the Apes and the other wild animals were painted quite realistically, that it might invoke tears even from the coldest of hearts.

Also, the characters all took a rather unexpected transformation with Tarzan becoming Lord Greystroke, a member of the polite society, who wears impeccably-ironed pants and pours tea perfectly. And, then later on as the story progress, he becomes a superhero by returning to his ungentlemanly ways and saving the people of Congo. His character develops a need to help those who had been abandoned and are helpless. This may be a reflection of how he had been orphaned as a child and how he had to empower himself.

There were also a number of other characters introduced in the film such as George Washington Williams played by the talented Samuel L. Jackson, and the villain Léon Rom by Christoph Waltz.

So if you are looking for an adventure without leaving the comfort of your living room, then this version of Tarzan can definitely give you the excitement you need.