The Verdict On The BFG DVD: Is It Worth Your Money?? 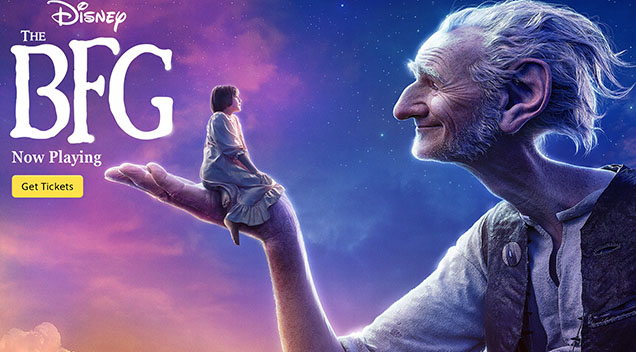 Cast: Mark Rylance as the BFG, a friendly, big-hearted, 24 foot tall elderly runt giant whose name is short for the “Big Friendly Giant”, Ruby Barnhill as Sophie, Penelope Wilton as Queen Elizabeth II, Jemaine Clement as the Fleshlumpeater, Rebecca Hall as Mary, Rafe Spall as Mr. Tibbs, Bill Hader as the Bloodbottler, Daniel Bacon as the Bonecruncher, Chris Gibbs as the Gizzardgulper and Adam Godley as the Manhugger.

Synopsis: The movie is an adaptation of the 1982 children’s book written by and illustrated by Quentin Blake. The movie revolved around an orphaned girl named Sophie, Ruby Barnhill, who has quite a thirst for adventure. She encounters the Big Friendly Giant (BFG) one night and is taken to the land of the giants. Despite the intimidating appearance of the BFG, he turns out to be a gentle and tender-hearted soul. Also, he is ostracized by the other giants because, unlike most of them, he refuses to eat children.

A friendship develops between the girl and the BFG hesitates because he fears for the life of Sophie. He returns her to the orphanage, but the little girl refuses and decides to stay with the giant. The other giants find out about Sophie’s existence and sets out to find their next scrumptious meal.

In order to protect the things they hold dear, Sophie and the BFG hatched a plan to finally put a stop the menacing child-eating giants.

Steven Spielberg takes us in a tear-jerking heartwarming adventure with the film adaptation of Roald Dahl’s children’s book The BFG. If you have read the book, then surely, you will be enthralled by how Spielberg converted the book into a feature film.

The caring eyes and the warmth of the Rylance’s voice gave the character its friendly and welcoming nature. The BFG’s appearance is a CGI based on lead actor’s physical attributes.

The movie is a rather beautiful break from the all the modern rubbish that kids watch today. The story is heartwarming and allows both the parent and child to get in touch with things like innocence, dreaming, and friendship.

A huge part of the movie were scenes from the land of the giants, who has quite an appetite for little kids. Yes, that can be troubling but Spielberg leaves us in awe with how he managed to bring these villains to life.

The movie further gives the young viewers a whole new perspective towards the world, of how small we can all be, yet we can still make a difference. It is a movie that we should all watch to remind us of how wonderful the world could be.