The Verdict On The Jungle Book DVD: Is It Worth Your Money?? 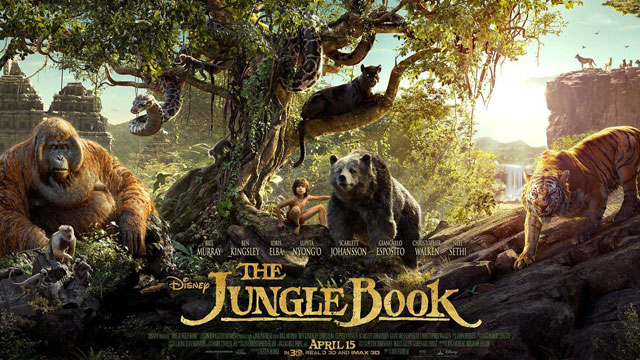 Synopsis: Mowgli, a man-cub raised by Raksha and adopted by the wolf pack headed by Akela was forced to run away from the jungle because of a threat by the tiger Shere Khan. The boy, together with his guardian, black panther Bagheera, sets out on a journey through the wild in order to return to the place where he was supposed to be, the man village. Along the way he meets an easygoing bear named Baloo and other animals that would either help him or harm him.

The Jungle Book is the live-action adaptation of the classic Disney animated film based from Rudyard Kipling’s collective stories. This CGI-packed adventure film is a realistic take on the original storyline with its amazing visuals and good storytelling technique. Viewers will surely immerse on the enchanting jungle and embark on an exciting visual journey.

Neel Sethi, who plays the lead role Mowgli and the only human on screen, did a surprisingly great job even as a newcomer. The film revolves around Mowgli’s adventure in the jungle and his encounters with different creatures when he was forced to leave the only home he has ever known. In his epic journey, he met a variety of jungle animals, such as the tempting python and a huge, singing ape. It is filled with terrifying scenes paralleled with astounding visual effects, funny dialogues and touching, emotional moments.

The relationship between Mowgli and Baloo portrayed in this movie is very relatable. Baloo, played by Bill Murray is the funny, happy-go-lucky bear who used Mowgli’s skills for his benefit but became his true friend in the end. Idris Elba’s portrayal as the ferocious Shere Khan is one of a kind. He made Shere Khan’s presence really frightening. Ben Kingsley also makes the perfect Bagheera. You would really not expect anything less from these renowned actors. The action scenes are thrilling and engaging and the voice talents very much nailed it.

For those who have seen the classic cartoon version, it is great to feel the childhood magic brought back to life again. For those who haven’t, it will surely be a more magical and entertaining experience. Aside from the cinematography and the exhilarating adventure scenes brought about by the top of the line CGI, the movie also touches the soul. With its heartbreaking, sympathetic and tear-jerking scenes, even those with the stony heart will appreciate it. The Jungle Book is truly a story about family, friendship and self-discovery.

This film takes on the familiar element from the 1994 live-action movie and the classic 1967 cartoon and expanded on it. The musical part and the comedic scenes were retained. There were a lot of expectations from this movie since it is a remake and it houses a huge cast. Overall, the movie did not disappoint and it even exceeded the previous versions. The technical aspect is stunning in every way. It is amazing to see how much great things technology can do these days, and it truly shows in this movie. The Jungle Book is highly-recommended to both kids and the kids-at-heart as it fits both demographic. Everyone in the family will surely enjoy this movie and thank the filmmakers for doing justice to memorable classic.