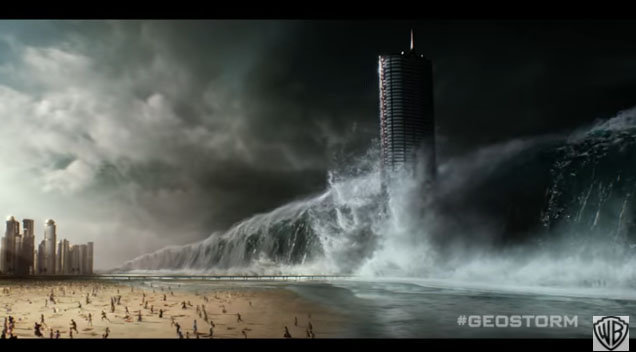 Let’s face it, most of us love movies about destruction and the impending end of the world.

In this movie, the world’s leaders decided to come together and create an elaborate network of satellites that can control the global climate and keep everyone safe. Unfortunately, something has gone wrong somewhere down the track – the system that was meant to protect Earth has turned the tables on planet Earth and it has created a worldwide geostorm that is threatening to wipe everything out. The film stars Gerard Butler, Jim Sturgess , Abbie Cornish, Alexandra Maria Lara and Daniel Wu.

Check out the video below courtesy of Warner Bros. UK: