The Verdict On Me Before You DVD: Is It Worth Your Money?? 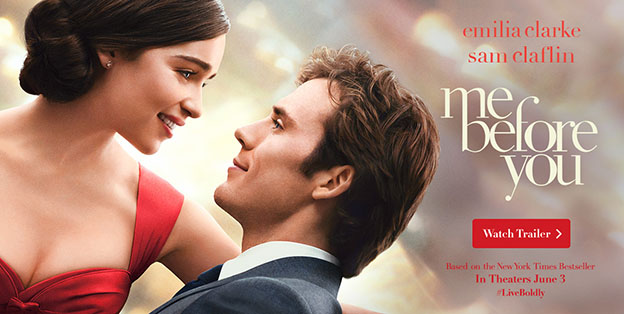 Synopsis: Louisa Clark’s world is small enough just for her and her loved ones, while Will Traynor is a master of the universe. An accident changed everything for him, and losing her job led her to finding him. Slowly, they opened their worlds to each other, only for fate to intervene.

After being laid off from her job at a café, Lou Clark is desperate for a replacement to help her family out. She finally finds work as a caregiver to Will Traynor, a former banker who was left paralyzed after an accident two years back. Cynical and jaded, Will did not appreciate Lou’s bright-eyed and spunky approach to life and they clashed a lot at first.

Of course, as with any romantic comedy, the male and female protagonists develop feelings for each other, despite their opposing personalities, and the fact that Lou was in a relationship when theirs began; granted it was to a guy who needed lessons on treating a woman properly.

Louisa learns that Will wanted to travel to Switzerland and undergo assisted suicide, for he no longer wants to continue living with his disability. She genuinely believes, though, she can make an impact on Will, and change his mind about undergoing euthanasia. Thus, Louisa secretly makes it her mission to persuade Will—by taking him on adventures—that life is worth living. He, on the other hand, teaches her to expand her horizons and reach her full potential.

Yet, on the last leg of their adventure, a confession from Will changes everything, and Lou must decide where to take them from there.

Based on a bestselling novel by Jojo Moyes of the same title, Me Before You has touched the hearts of readers and has done the same in the cinemas. With Moyes also creating the screenplay, the book fans will find it difficult to proclaim the book better, as she transported the well-loved lines from the book to the movie. Although some important events were not included in the film, Moyes believes that they tried their best to translate some scenes cinematically but it just wasn’t possible. In the end, the author was very pleased with how the movie came out.

Overall, the cinematography was great, and Thea Sharrock gracefully completed the transition from theater to film. Meanwhile, the two leads, Emilia Clarke and Sam Claflin gave so much life to the film.

There have been controversies regarding the representation of Will and his disability, critics believing that Will’s family even entertaining the idea of assisted suicide did not give a positive message to people who are also suffering. In an opposing view, we can also infer that no amount of money or love can replace losing ourselves, which was how Will felt.

Fans of the book should not think twice of watching the film, and even those who have not read the novel will still enjoy this tearjerker of a movie.