The Verdict On Whiskey Tango Foxtrot DVD: Is It Worth Your Money?? 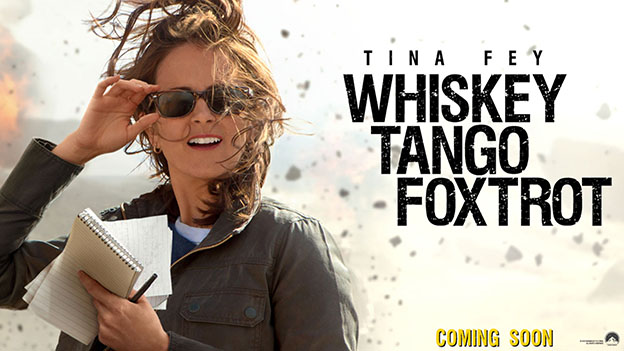 Synopsis: Journalist Kim Barker decides to level up her profession as she takes on a new assignment in Afghanistan as a war correspondent. During her assignment, she met fellow journalist, the Australian Tanya Vanderpoel and Scottish photographer Iain MacKelpie. Aware of the danger she’s in, Kim still strives hard to adjust to the extremely risky environment and develop a great story that could change her life forever.

Whiskey Tango Foxtrot is the adaptation of Kim Barker’s book called “The Taliban Shuffle: Strange Days in Afghanistan and Pakistan”. The story is based on the true to life experiences of the author herself when she was reporting from Kabul, Afghanistan. The film is a reflection of the life of people at war and the journalists behind every coverage story.

Kim Baker, played by Tina Fey, is not your ordinary journalist. She is candid, witty and adventurous. She embarks on her first journey overseas because she is not satisfied with her job covering only low-profile stories. Tina Fey is the perfect one for the lead role. With her comedic lines and blunt remarks, the film takes on a light setting despite tackling a very serious subject. The renowned comedy actress performs with ease and delivers what is expected of her.

As the story progresses, the movie shows enough amount of violent battle scenes, foul languages and sexual content. This film isn’t for the kids, since it is a rated-R movie. Those scenes are unavoidable though, as they contribute to the course of the storyline. The adventures of Kim isn’t all fun and partying. The drama is real in Whiskey Tango Foxtrot for it is not entirely a comedy film. It is a tale of real life harsh issues and controversial subjects such as career rivalry, politics, war and women abuse.

The supporting cast also did pretty well in this movie. Margot Robbie plays Tanya Vanderpoel, a more experienced foreign reporter who became Kim’s friend/rival while Martin Freeman is Iain MacKelpie who is Kim’s love interest. They were all equally funny and believable.

Watching this movie is a chance to see what it’s really like to be a war correspondent. It is different from other war movies because it is told in a different point of view and it explored on interesting elements. It is a story of learning and self-discovery. This is one of those movies with unconventional way of storytelling.

Whiskey Tango Foxtrot is a very entertaining film. The title is very catchy. There is a balance between comical scenes and deliberate portrayal of tough situations. Brilliant writing and directing plus the performance of the central characters make this movie a must watch. This movie is a bang for the buck!