There is absolutely no doubt that Miguel La Cruz deserves being named StarCentral Magazine’s Male Model of the Month for July 2013!  Miguel’s chiseled physique, piercing gaze and powerful presence all combined to garner him the attention of renowned fitness and fashion photographer, Simon Le, “…who was casting for a men’s underwear brand.”  Even though he was new to the industry at the time, “…I was lucky enough to be picked for their campaign…” 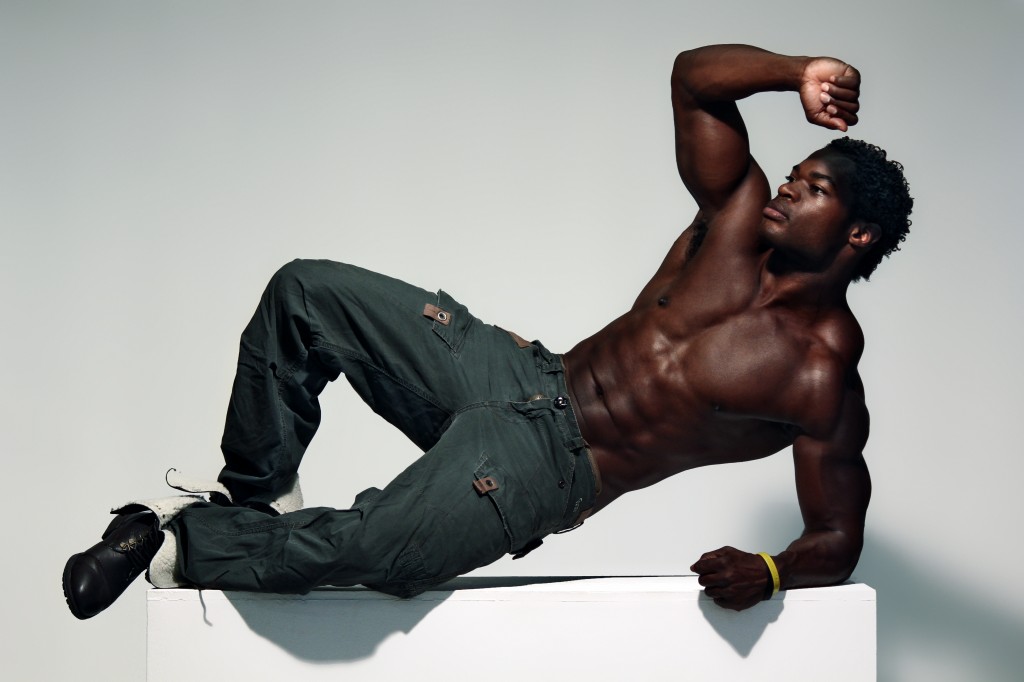 Being on his own since he was 15, Miguel is no stranger to hard work and to perseverance.  That discipline has resulted not only in his amazing form and drive, but also to his ability to stay motivated, “…to keep trying harder, and never give up…” despite the up and downs of his chosen career.   His time in the modeling industry has “…given me the opportunity to meet great people from all different backgrounds and industries… I like working with professional and creative people who have a real passion for what they do…”  One individual who stands out for him is a photographer he has worked with at NIK Studio – “…he has a creativity that is very unique, and a personality to match, he is very confident without being arrogant…” 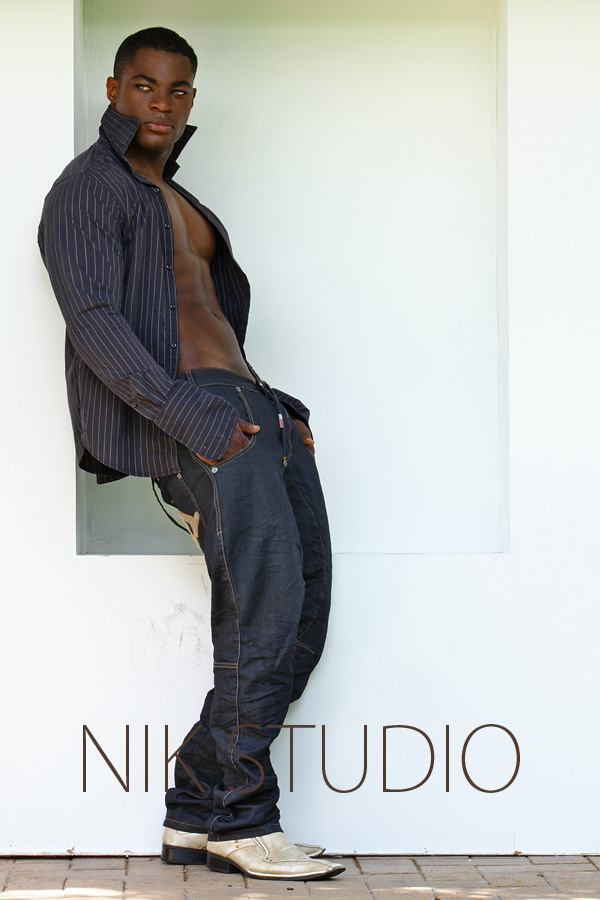 A relative newcomer to the modeling world, the 27-year old of Angolan/Irish descent has scored some major notches on his portfolio which includes a campaign for high-end label, ‘G-Star Raw.’  He is also one of the faces for ‘4Skins Underwear’ and recently, he sizzled on the catwalk as one of the models for underwear label, ‘Davenport’ during Sydney Fashion Week – “…there was an awesome vibe, a lot of my friends were in the crowd…it was great to have their support…”  Also in June of this year, Miguel became part of the Angolan Fashion Week.  “…I was there for the Angolan boxing team, and was asked to participate in some shows, there are many talented models in Angola and all throughout Africa…” 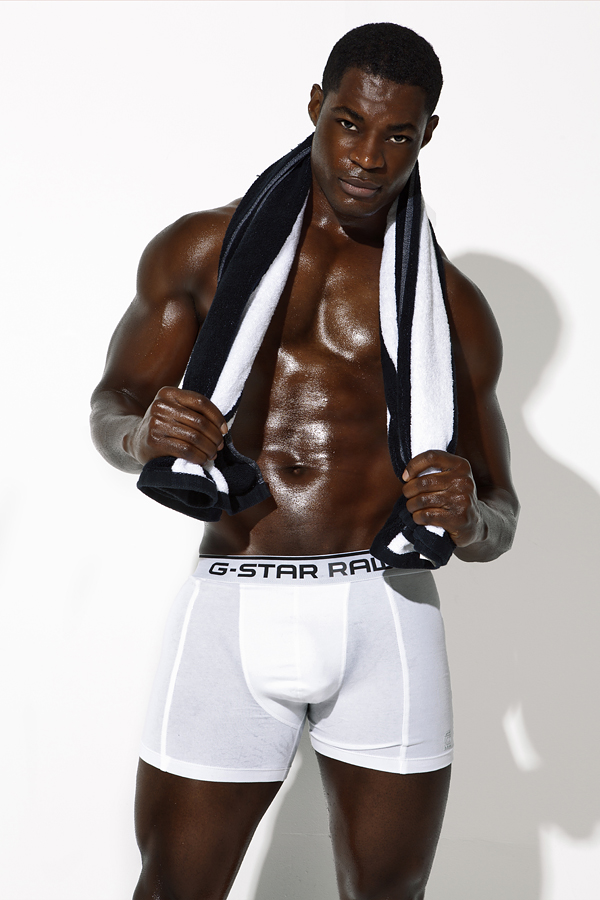 It’s obvious that Miguel is a definite talent in the modeling industry.  But the talents of this Sydney-based young man extend way beyond the catwalk and the lens.  Not only is he a dancer and can balance a coffee table on his chin(!), Miguel is also an amateur boxer (his boxing trainer, Antonio is an inspiration to him) and he is eager to see “…where that path takes me.”  He also has plans to open “…my own fitness studio in Sydney, I enjoy keeping fit, many people I meet want to get fit and stay in shape, I want to be able to encourage and help people achieve their goals.”   With his presence, looks and ambition behind him, there is no limit to where Miguel La Cruz can go! 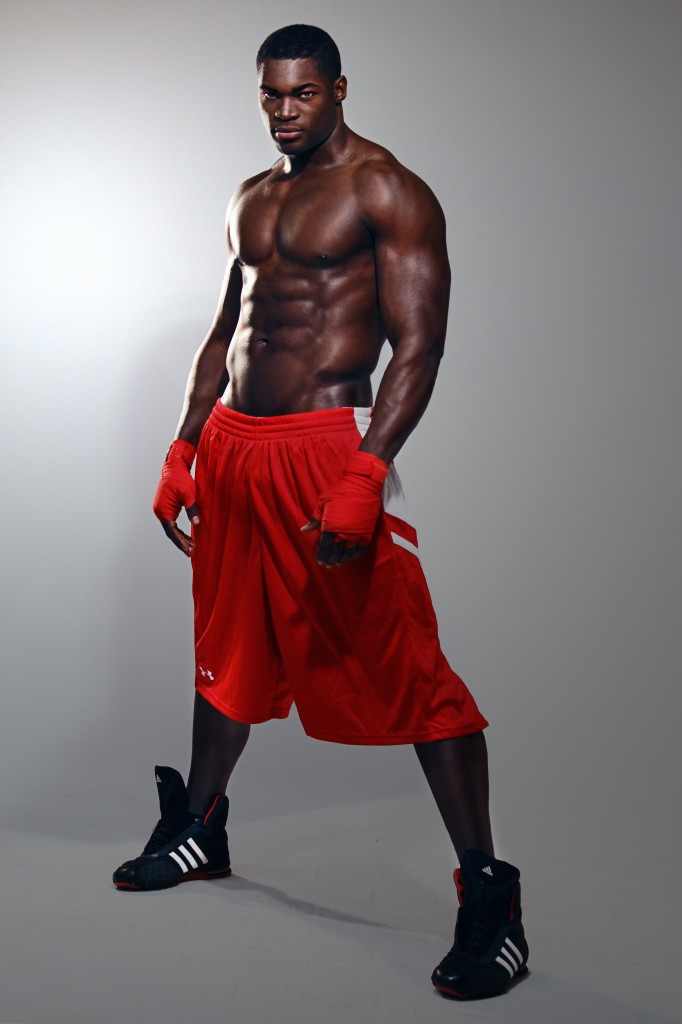 What haven’t you done yet that you wish you could? I wish I could travel more.

Favourite place in the world and why? It would be Cuba, because people have so little but there so grateful and always smiling.

Complete this sentence: “I’m a sucker for…” and tell us why. I’m sucker for helping people, always happy to give advice, and help my friends.

Your best way to combat nerves…. I think about the people in Angola that don’t have much and that quiets the nerves!