After injuring himself playing football in high school, William Gittens, StarCentral Magazine’s Male YouTube Artist of the Month for July 2013, was forced to re-think his career options.

“I used to be a serious athlete and I thought that would be my career,” Gittens says. However, after joining the high school choir, the ‘Ensworth Singers’, the artist later auditioned and was accepted into the Berklee College of Music during his senior year. Flourishing in college, the RnB/rock/contemporary singer  now performs covers by Pharrell Williams, Rihanna, Jay-Z and Justin Timberlake on his YouTube channel and does a few gigs around Boston and Nashville.

“Performing live is where I find my greatest ‘high’ it’s the only thing that can cause me to have out of body experiences. When I’m on stage singing and playing guitar, I don’t know, it’s just the best feeling in the world, the feeling is unexplainable.” The artist’s most crazy moment so far has been performing in the historic Ryman Auditorium in Nashville shadowing the Grammy Award-winning artist Vince Gill. Gittens was taken by surprise when he was asked to play a song for the sell-out crowd.

“I was pretty nervous! But after I finished that sealed the deal for me wanting to become a performer.” 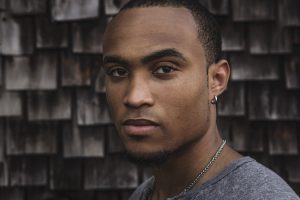 Growing up on music, Gittens’ inspiration comes from artists like John Legend, Michael Jackson, Usher and David Ryan Harris. He says it’s his family and the thought of becoming a well-known and respected artist that keeps him motivated and determined to pursue his dream.

“My family has struggled financially so the thought of me being able to change that circumstance drives me every day. Just the thought of that makes me want to do my best and put my all into my music.”

Gittens knows what he wants. He is currently in the process of completing an EP and is planning to release two singles within the next couple of months.  With one year left of college you can be sure this soul singer will burst onto the scene for total world domination.

“I want to be on tour performing my music, writing songs for other artists and producing small projects and tracks for artists. I want to win a Grammy, that is something I want to win. I want my songs in movies and to be played worldwide.” 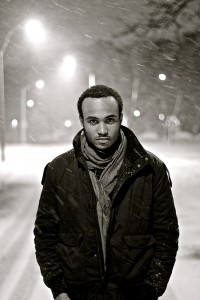 During his down time, the Boston-based  singer and performer finds solace in watching movies and taking a stroll down the street.

“I love watching movies, it allows my mind to rest from my music. I also just go for a walk…whether day or night, when I feel stressed, it’s usually a result of me needing to breathe some fresh, outside air.”

An athlete at heart with a love for basketball and high jump, Gittens still holds the record at his high school in high jump, jumping a height of 6’6.

With his mesmerising vocals and unabashed good looks, Gittens is on a fast track to stardom. Injecting each cover song with feeling and emotion, we can’t wait to hear the artist’s soon-to-be-released singles ‘1000 miles away’ and ‘Questions.’ Watch out Frank Ocean!