Introducing One Of StarCentral’s Swimsuit Models Of The Month: The Beautiful Natalie Natalie aka “Natalievna21” is an international Dj/producer, indie-pop singer, model, and actress. She started her DJ career back in 2017 and since then she has placed in the 2019 female Dj competition – she was ranked first in the category of International Djane based in China. As an indie-pop singer-songwriter, she always puts the deepest emotions from the bottom of the heart to her songs, sharing pure feelings to this world as a result.

StarCentral Magazine recently caught up with Natalie to and here’s what went down:

1. How did you get into the modelling industry?

Ever since I can remember, I have always been told something like: ” You should become a model when you grow up! ” And it was so nice to hear back then, so I thought why not, it’s an interesting sphere I should definitely try, as I always was very tall from my childhood and that was a good feature. So at the age of 17, I had my first opportunity to participate in ” Miss of the city where I lived at that time ” and after that, I continued my experience by joining a modeling agency which gave me new skills to develop myself. 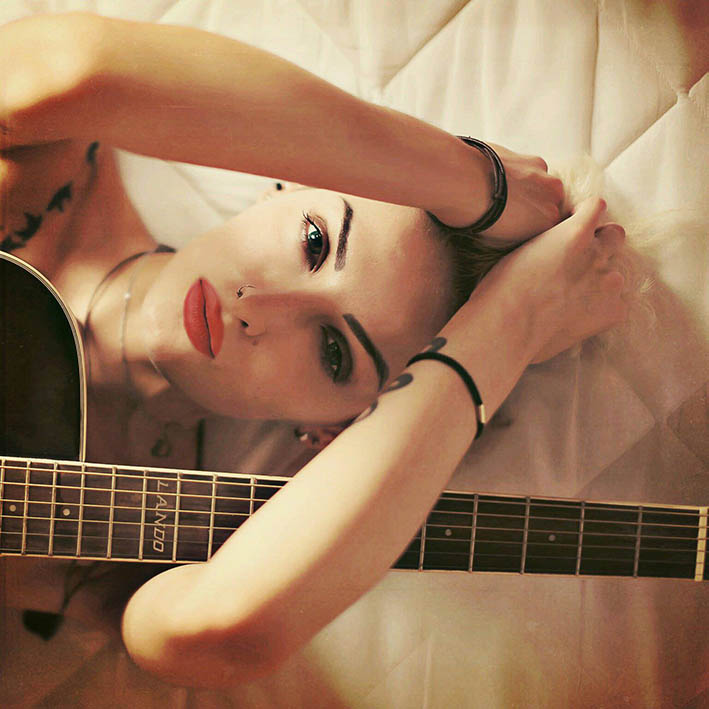 2. What do you like most about being a model?

From there I discovered how it is to transform yourself in different images according to the shoot or stage performance and that’s the thing that helped me in my future career. That’s the feeling that I love most of all when you can change yourself at the moment for beautiful art.

3.The downside to being a model?

When I realized later that the clothes that you display on big podiums of Fashion shows or any other products which you introduce while shooting during being a model are not yours at all, you just have your role to present it and what to do and how to act is told by the client. That made me think about what I can do to show myself with my own products, with my imagination, and in my own way. That made me think about the career of a musician and actress where I can express myself how I wish. And now the skills of modeling are very useful which helps me in my new career spheres.

4. What has been the most memorable experience of being in the modelling industry so far?

When I took part in big international fashion shows I experienced great emotions especially when all designers choose you to show their clothes and you have so little time to change during breaks in catwalks, that was an exciting feeling.

5. Who have been the most interesting people you’ve met so far?

During my modelling career, I met so many different people and for me the most interesting were designers. It was amazing having the opportunity to ask them about their collections and how they created it. This may be a long time ago but that also inspired me to create my own clothing brand in the future which I will definitely make later. For now, the first step has been made, I already have some merch which will be included on my future website soon. 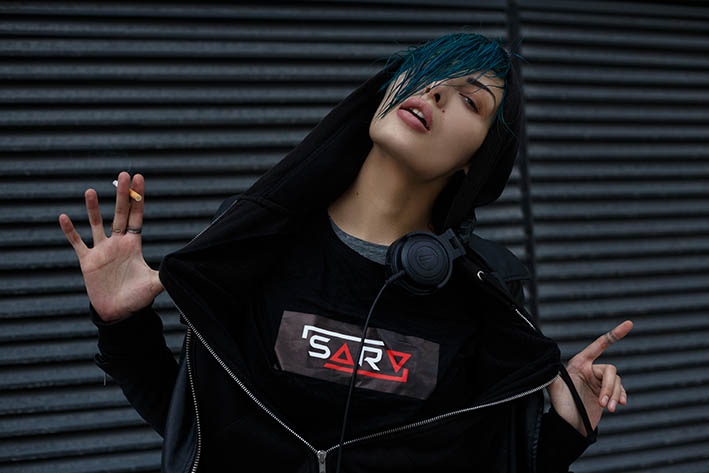 6. What has been the most valuable lesson you’ve learned while in the modelling industry. This can be about the industry or about yourself.

Looking back to the moment when I just started it I understand that I’ve learned a lot during the way and the first and most important thing is confidence in what you are doing, expressing yourself and doing everything in your own way, having that sparkle in your eyes that makes your character real. These thoughts helped me a lot in every step of my future works. The ability to present yourself in front of the camera or crowd of people in the best way.

7. Is your family supportive of you being a model?

My family is very supportive for sure. They’ve always supported me when I became a model and later when I started my Dj/producer, singer, actress career. They know how it is important this is to me, how I love this art of creation, how I express myself in this world and they believe in me, that’s the most important thing.

8. If you could go back in a time machine to the time when you were just getting started, what would you do differently?

Well, If I could go back in a time machine to the time when I just started modeling I would change… nothing. Because if I change something I could be a different person now and I believe that all our choices reflect on the future and as for me I like who I became, though I had many difficult times only your experience can make you who you really are. 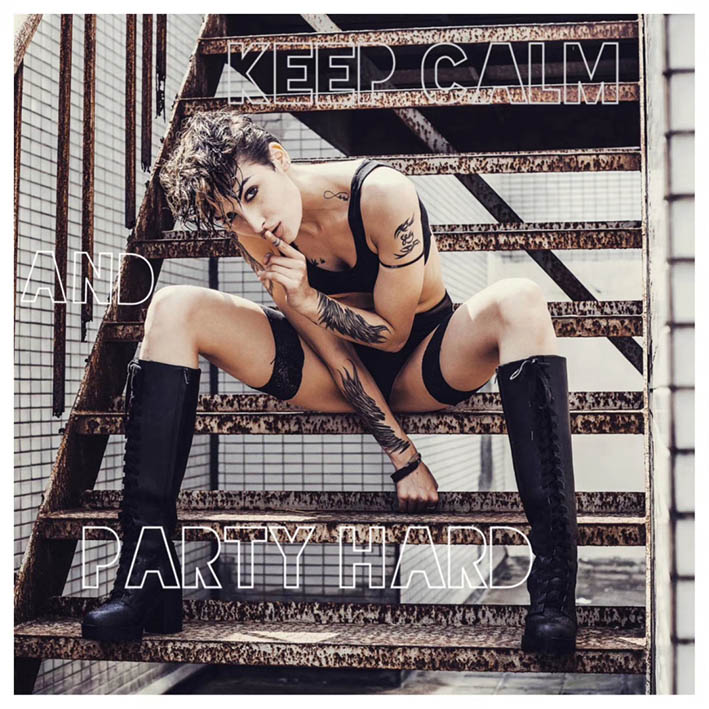 9. What is the best advice you have ever been given?

I think all the pieces of advice that I took in this life is through the psychology literature about success and self-development, that gives you a lot of wise thoughts. I love to read it so much when you can discover new points of view every time you read an interesting book and that is how you can become better – trying to become the best version of yourself.

10. What are your future plans? Inside your career or out of it.

As for my future plans, they are huge! I have a lot of new ideas which I want to show to the world, step by step it’ll take time as I do everything by myself. My first step in career was modelling, then I became a Dj / producer/singer and actress, my artist nickname is ” Natalievna21″ – this is how people can find me and my songs/tracks/works in Google. Modelling helped me a lot to find my own way before I discovered new possibilities for future plans. Thanks to this experience I’ve learned how to express myself in this world, these skills help me now to show emotions on the stage during my Dj tours, keep the characters during my shoots and music videos for my songs. For example, currently, I’m working on a new music video for my upcoming release. The song which is called ” So deep ” will be out soon. The shoot was wonderful and that was the moment when I could put it all together: my model experience and the projects that I had created by myself. It will be out on my artist channel on youtube and VEVO. So many things ahead, so many dreams and goals and I will do my best to reach them! 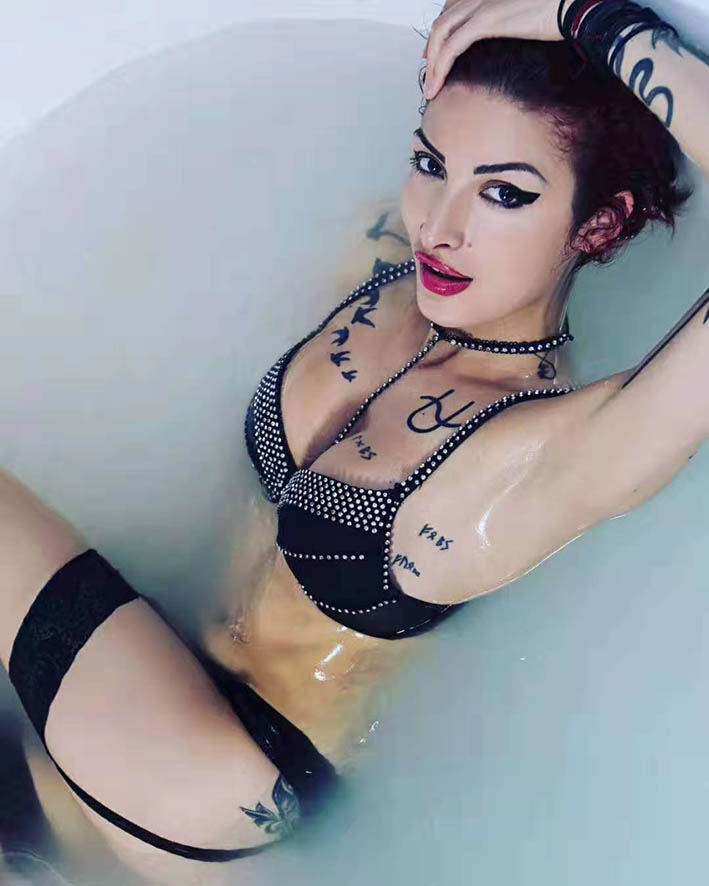 1. Last good movie I’ve seen: “Just like heaven”. That is my favourite movie and I love to watch it again and again. It’s about love, destiny and our choice which are so important things in our life.

2. What do you consider beautiful and why? Actually, I consider so many things around us beautiful: colors/music/people/emotions. There are so many beautiful things in this world we just need to look closer and inspiration will come. 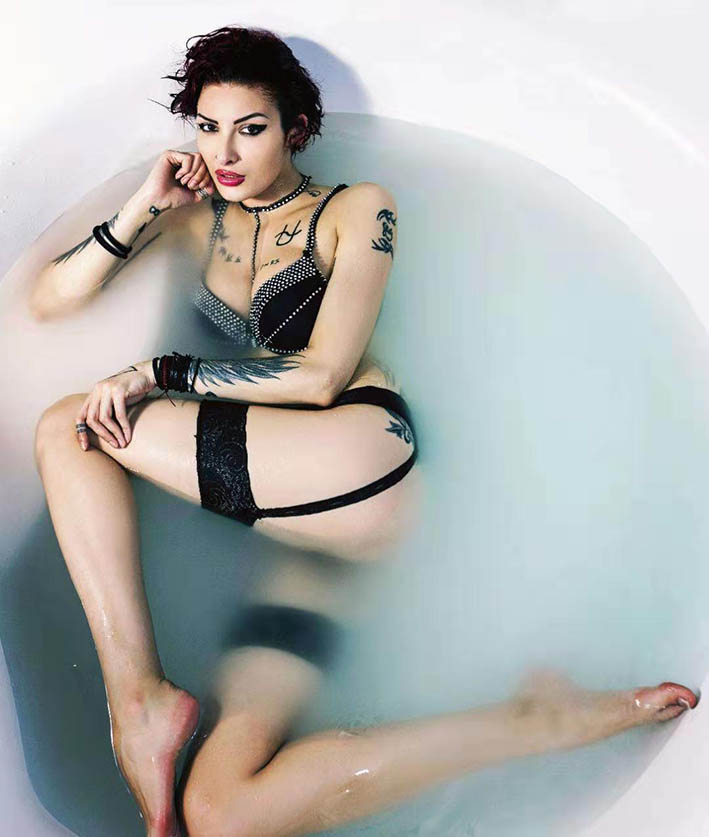 3. What haven’t you done yet that you wish you could? I wish to take part in a Hollywood movie one day, but it hasn’t happened yet because I am concentrating on different things right now. But it will happen in the future for sure.

4. “If I had no fear, I’d:” start to think differently from early childhood but I didn’t do that at the time, that’s why now I’m not afraid to reach my goals and I don’t want to waste time being afraid of something.

5. What is the one “flaw” you wouldn’t change about yourself? Stubbornness. I think this trait is one of the most important things in my personality. Some people say that it’s bad but I don’t think so because thanks to that I am who I am and I never give up. 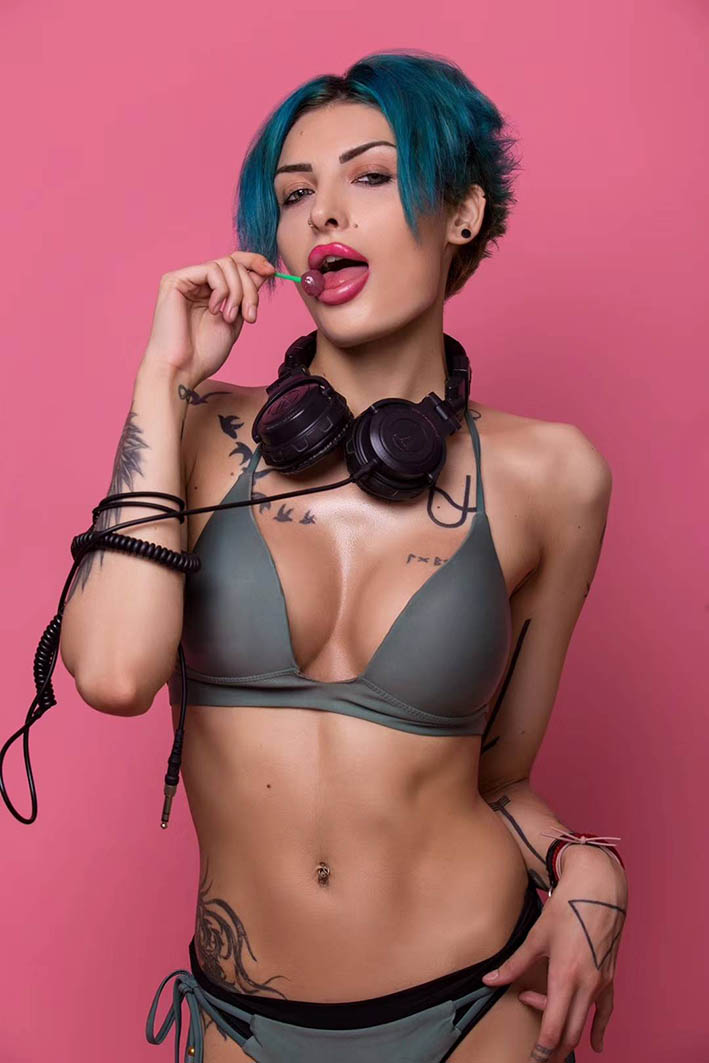