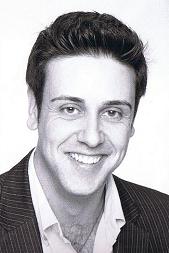 My name is Patrick, I’m 36 years old and I have been an actor/model for around five years now. I like swimming, singing, motor bike riding, soccer, footy and all outdoor sports. I’m down to earth, a quick learner, highly motivated, very professional and dedicated to my work. I like setting goals for myself and achieving them, I live by the motto that ‘life is like a pearl in your hands, it’s up to you what you do with it counts’.

As a model I have modelled for Grace Brothers and I have appeared in various catwalks and catalogues – I have also done various wedding parades. At the age of 31 I decided to get into acting and I first started as an extra back in June 2007 on the set of ‘Home and Away’ and ‘All saints’ – I did that for a year. I wanted to further explore and improve my acting skills so I went to Nida on May 2008 to audition for the ‘Screen Acting Course,’ I actually got in and I studied that course for a year and earned a diploma – it was a great and rewarding experience in my life. Shortly after graduating around January 2009, I then auditioned for the role of a husband in Home and Away back in September 2009, I got the gig and it was my first ever speaking role. I did a Streets ice cream commercial on March 2010 and I played the role of an ambulance driver on the set of All Saints on February 2011. I just recently completed a short film called ‘Australian Idol mockery’ where I was the lead actor and I have also finished another film called ‘Such as Life’ where I also play the lead role. I play the role of a drunken dole bludger at a bar as well as a husband in the midst of a divorce; the film is due to air in a month’s time.

I think I’d rather be a joyful simpleton because I don’t need all that stress, power and money to be happy. Money is not everything; my health comes first, being a worried genius doesn’t buy Happiness!

4. Are you more worried about doing things right, or doing the right things?

5. You’re having lunch with three people you respect and admire. They all start criticizing a close friend of yours, not knowing he/she is your friend. The criticism is distasteful and unjustified. What do you do?

I would stick up for my close friend and say something like ‘I think they are alright my opinion.’ I’ll then continue with ‘everyone has a right to their own opinion’ and then I would just change the subject to another subject!

6. If you could offer a newborn child only one piece of advice, what would it be?

I would say ‘follow your dreams and don’t let anything get in your way. The World is your oyster, go for it!’ 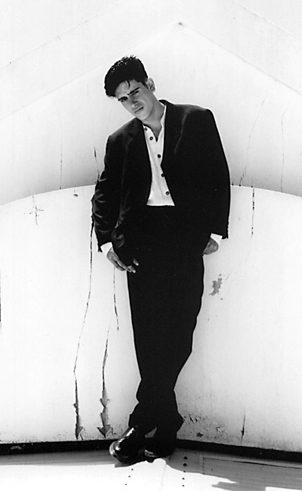 7. How far would you go to save a loved one?

I would risk my own life for a loved one.

8. What’s something you know you do differently than most people?

I’m usually calm and collected, I don’t stress much at all, I’m a very positive person and I enjoy life!

I’d be Steve Bradley because he is a nice easy going guy who plays the role of husband to Miranda. He is very similar to me in a lot of ways.

10. What one thing have you not done that you really want to do? And that said, what’s holding you back?

The one thing I have not done yet that I really want to do is Sky Diving! What’s holding me back is my busy life of being an actor and my fear of heights.

11. Right now are you holding onto something you need to let go of?

I’m just all work and no play at the moment. I haven’t had a holiday in years; people say I’m a workaholic! Next year I’m definitely going to America for a three month long holiday.

12. What would you do when you have learnt that the world is going to end in 3 hours?

I would go to church and pray for everyone and spend my last hours and minutes with my family and loved ones to the very end.