Most Promising Actor of the Month for June 2014

Emilio Evangelopoulos, StarCentral Magazine’s Actor of the Month for June 2014, has outstanding talent. One time, he auditioned for a part in a feature film for a character that didn’t suit him physically, but it was a part he wanted for his credits, so he auditioned, paying close attention to the lines, molding his character in a way that made it stand out, and made it funny. Although a bit intimidated by his competitors’ sculptured physiques, he stayed true to his plan and his efforts paid off: he was one of the few actors to land a role in the first audition. 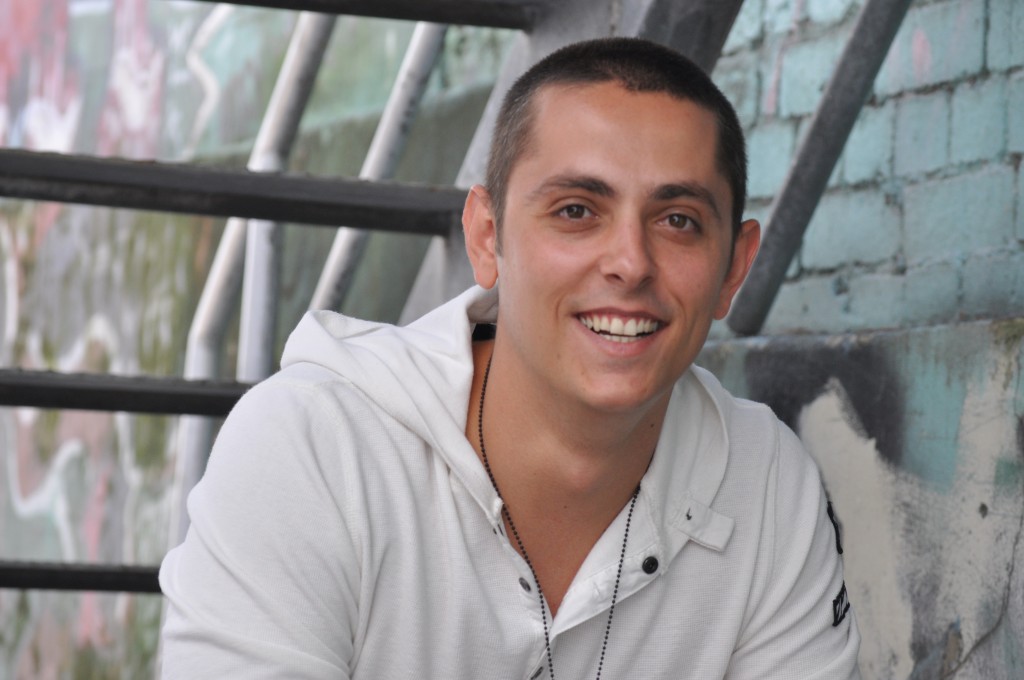 Evangelopoulos’ (also known as Emilio Evans) interest in acting stems from a desire to create and perform. He knows the many aspects of character development and he uses all that he can in the process of creating a character from the ground up. By far, humor is his favorite attribute, preferring the comedic character types, since he has been found to be a natural in comedic timing. Making people laugh, hearing them laugh provides him with instant feedback as to the success or failure of his creation.

At his current level of acting, the all-important consideration is the financial impact. Perth, Western Australia, where he is based, has a large volume of talented actors but it doesn’t have the opportunities presented in the eastern states. Financially rewarding opportunities are few and far between, and this makes acting a difficult profession to be in if you have a mortgage.

The promising young star has just finished working on his first professional play – Noel O’Neil’s “It’s All Greek To Me” directed by Valerie Dragojevic. It had a very successful run in Perth’s The Old Mill Theater. Cast as Stavros, a major character with intense mannerisms and a strong stutter, the 29-year old used his ability to build the character from scratch and came up with an amazing performance, all the while gaining insight on his character’s personality and adjusting the parts which needed modification. He produced something truly unique, and gave the audience a memorable theater experience. 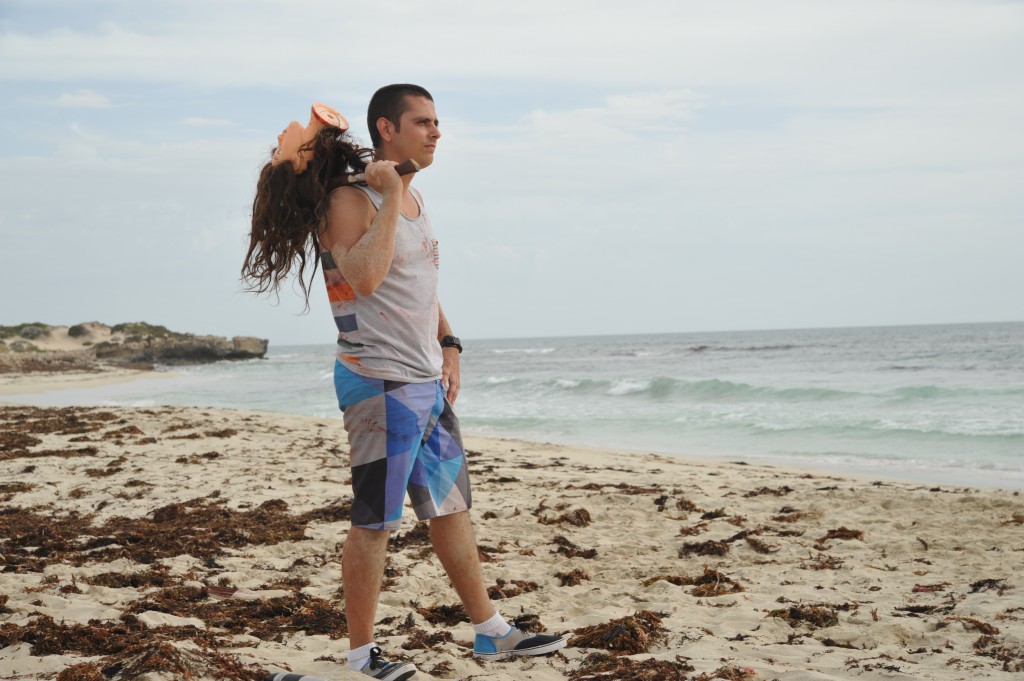 He credits Noel O’Neil, who worked with him on his character, for teaching him how to turn “something” into “something much better.” O’Neil taught Emilio new methods of acting, which he quickly adapted to his craft. He also acknowledges Loren Johnson from acting classes in Perth, whose free three hour sessions which re-inspired him to pursue an acting career. Johnson taught him the difference between acting as a hobby and acting as a career, as well as how to present himself as a marquee name. Perth has given him a lot of lessons about his profession, and this has made the pursuit of whatever acting direction one in which he is constantly growing, developing and producing results. He sees the difference in the many people he’s met: invariably, interest and attention are always focused on the doers, not the talkers. 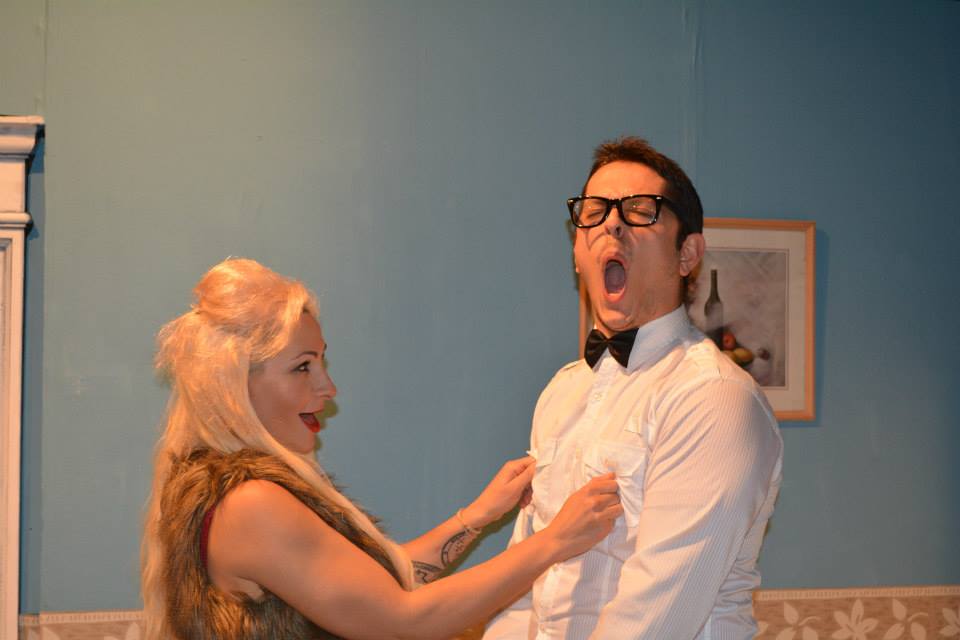 Acting has lead Emilio into writing and directing, making his presence in the industry much more meaningful, with more depth and better options. But this happened because he pursued and persevered in the pursuit. He consistently applies the difference between “himself” and his “brand.” Like any career, he is the person he needs to be at work but compartmentalizes this from his personal life and his own needs.  He is greatly inspired by his fiancé, who motivates him and works with him on character creation, helping fine tune his performances during rehearsal, constantly watching for ways that he can improve his craft. She is the reason he is successful in his profession at all.

Setting his sights on L.A., he is currently in the process of preparing for its next pilot season. He is also working on a novice writing effort for a feature film script called “Out Of The Cage,” which he hopes to perfect with the support of his Perth and Australian networks. He is extremely passionate about this and believes that, once complete, the script has the potential to gain the interest of reputable film produces in the States. 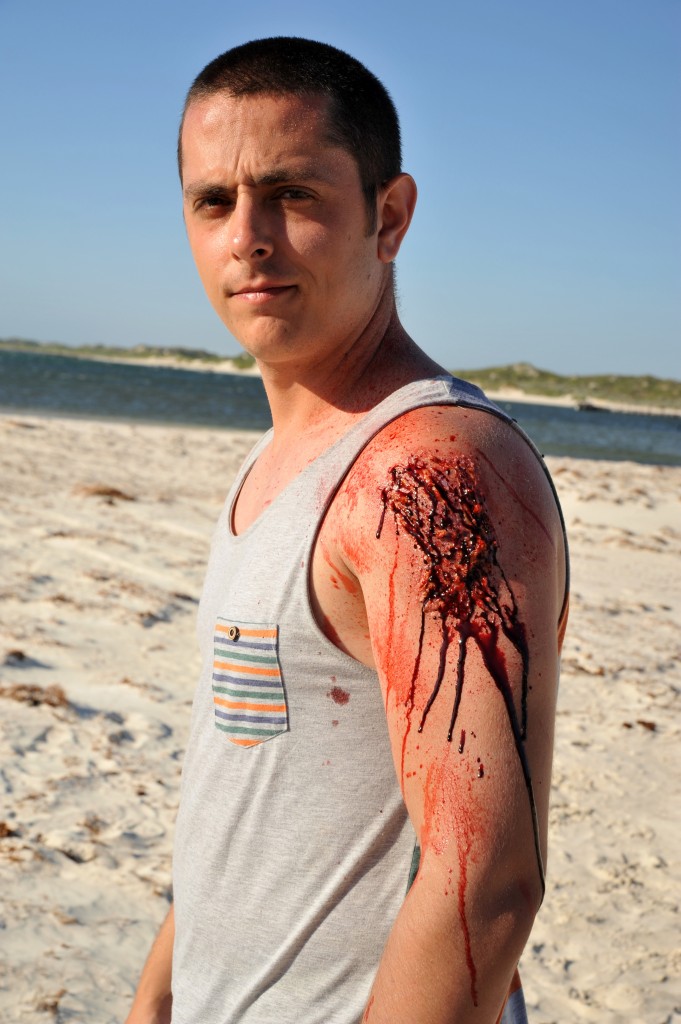 “X-Men: Days of Future Past,” first movie I’ve seen in a long time that has ticked all of the boxes. It’s funny, sad, inspirational, and action-packed…with a great cast and story.

Music, it inspires and motivates me. It stimulates my creativity and lifts my spirits when they are low.

Gain a supernatural power of some kind like one of the characters in my story.

Have no limitations on my imagination and finish everything I ever started.