Most Promising Actor Of The Month: Nadim Accari

“…I gave up many times in my life thinking that I was not good enough or that my dream of being an actor was purely just a dream… when you put your mind to something, great things happen…” That perseverance has certainly paid off for Nadim Accari, StarCentral’s Most Promising Actor of the Month for November 2015. Nadim’s belief in never giving up (he has been and out of the industry for about 20 years) now has the actor on the verge of great success.

The Australian/Syrian 31-year old has attended multiple acting schools such as NIDA (National Institution of Dramatic Arts), ACTT (Actors College of Theatre and Television) and AIPA (Australian Institute of Performing Arts). It was at AIPA that Nadim’s talent was recognised and he was extended an invitation to a prestigious event. “…In April this year I was invited to take part in a 5-week Professional Actors Masterclass in Los Angeles where I had the privilege to audition for over 25 of the most renowned casting directors in Hollywood. I was given this opportunity when Marg Haynes (Director of AIPA) discovered my showreel on YouTube and personally invited me to attend…” He considered those 5 weeks as the most memorable experience of his career so far. That’s high praise when you consider that Nadim has already worked alongside Hollywood names such as Gerard Butler, Russell Crowe, the Olsen twins and Ricky Martin, as well as Angelina Jolie when he was cast an extra on her directorial debut, ‘Unbroken’. 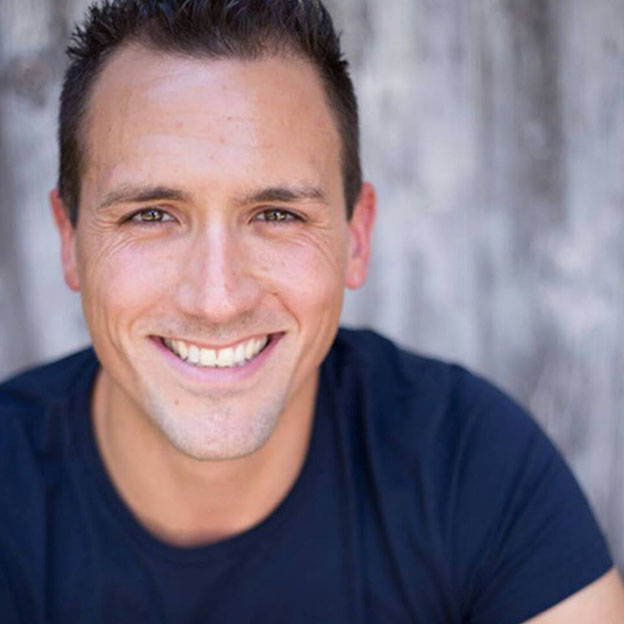 Sydney-based Nadim has certainly kept busy forging a name for himself in the entertainment industry. He has worked on some of Australia’s most popular TV shows such as ‘Home and Away’, ‘All Saints’ and ‘Water Rats’. In the last year, he has also been part of a few critically acclaimed independent short films which include ‘When You Fall’ by Ashley J Mellross which was screened at the Byron Bay Film Festival and ‘Veld’, which won Best Cinematography and Best Student Film at the Made In The West Film Festival. He is also currently working on 2 other films for Tropfest whilst still continuing his studies at AIPA!

Being so busy definitely highlights one of the downsides of being an actor which is “…the time it takes out of your personal life…” Consumed with filming, rehearsals, auditions, learning scripts and study, “…it most certainly is a profession you have to give everything to…” Despite this, Nadim is dedicated to his craft and recalls a quote by Robert De Niro “…which I believe sums up the main reason why I love acting and that is: “One of the things about acting is that it allows you to live other people’s lives without having to pay the price”. Acting allows you to become someone you are not and do things you would never or not normally do. It gives you an outlet to express your inner self and sometimes live a life you could never live…”

Being in the sometimes brutal world of show business, Nadim credits his family and friends with keeping him grounded. They have been supportive of him from the very beginning – “…I look back at the early days when I was 14, my mum would wake up with me at 4:30 am and drive me hours away to be on set.” Now, seeing all that he has achieved so far, “…nothing is more rewarding though than seeing my family proud when they see me act on stage or in film.”

In his continuing growth as an actor, “…I have learnt many lessons along the way but nothing stands out more to me than the words ‘Never Give Up’.” It is an attitude that will stand Nadim in good stead as he sets his sights on the Hollywood movie industry. “…I have not given myself a time limit for this as I believe it will come as long as I keep working hard and stay dedicated and focused.”

1. Last good movie watched? ‘Straight Outta Compton’
2. What do I consider beautiful and why? Compassion. Someone with a beautiful heart is beautiful to me.
3. What haven’t I done yet that I wish I could do? Star alongside Jason Statham in an action film!
4. Complete this sentence: “If I had no fear, I’d… I have no fear! My motto is ‘Do everything once, if it doesn’t kill you, do it twice’!
5. What is the one flaw you wouldn’t change about yourself? I’m too nice!