Most Promising Actress of the Month for March 2014!

In the up and down world of acting, career-changing opportunities are sometimes few and far between.  So one can definitely understand Jennifer Monk’s (StarCentral Magazine’s Most Promising Actress of the Month for March 2014) reaction when she learned that she had just been accepted to the prestigious London School of Dramatic Arts – “…I danced and screamed around the house, I couldn’t believe it, I was one of eighteen people in the world to be chosen to train at this school!”

Trepidation, caution and disbelief are the usual responses when one announces the decision to enter into the entertainment industry.  But that was certainly not the case with Jennifer and her family.  “…When I told my Mum I wanted to be an actress, she came to the local theatre company auditions with me, because I was too scared, and auditioned with me. My first production was Jesus Christ Superstar, and my Mum was right by my side on stage playing a townsperson for the whole season while I played a temptress. I was 16…”  That family support has remained steadfast throughout Jennifer’s career.  Her brother interviewed her on his radio show, Coast FM to help garner votes for the StarCentral poll, her parents attend every one of her shows and distance proves no deterrent for her siblings and their families as they travel from country Victoria (Australia) to attend her plays.

For the 31-year old, the major draw card to acting is the total immersion in such a creative environment.  “…I love being able to dress up and play different characters… getting to feel something else, someone else’s emotions and experiences, it’s almost like going to another world…”  And through that immersion, she finds that “…I have the power to bring the words and characters to life. I get to tell this person’s story…when you are really in that moment it’s like nothing anything I’ve felt outside of acting, and that feeling transfers to the audience. I get to take them on a journey…” 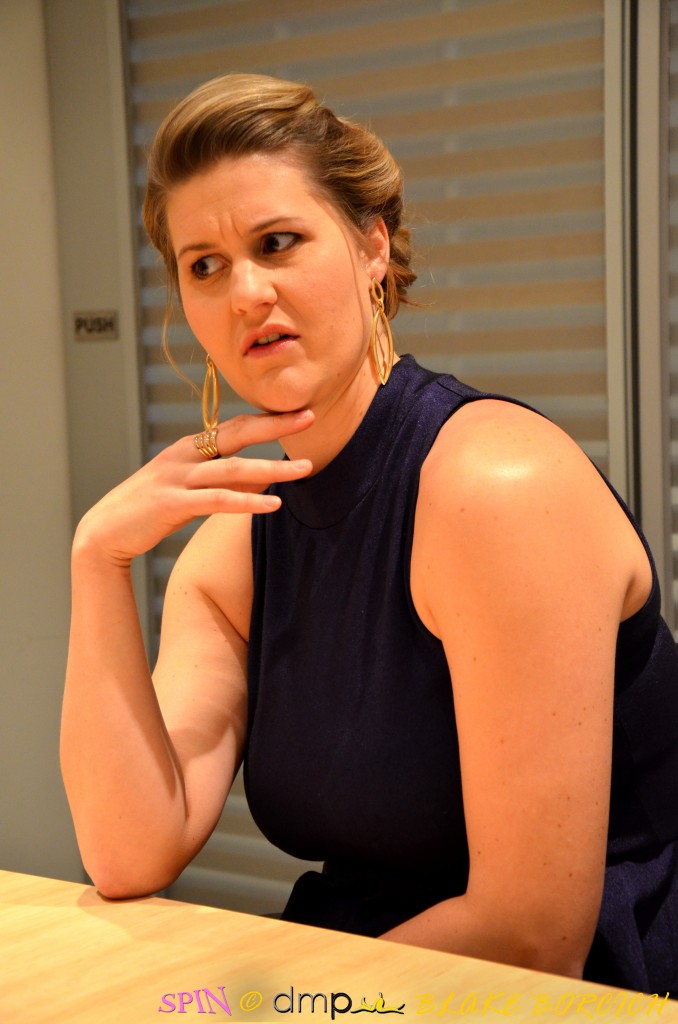 Life as an actor alternates between periods of frenetic activity and a waiting game.  For Jennifer, handling both times effectively is essential to success.  She uses her rare downtime to not only catch up with family and friends (“…there have been times that I have missed friend’s weddings and celebrations because I am performing or rehearsing…”), but also honing her craft – “…most of the time I am learning lines, researching scripts and developing characters…”  She goes through voice coaching every day, and when she has multiple auditions lined up on top of shows she is already performing in, one can see another ingredient essential to the actress’ success – passion.  “…You have to be very dedicated to your craft, 100% in it!”

That 100% dedication has proved incredibly fruitful for the Melbourne-based thespian.  She has written, directed and performed in four one-woman shows in the last 10 years.  “…When one reviewer wrote ‘Monk is a real talent’ for my show ‘Whose Memory?’ it was pretty amazing!”  She also co-founded Driving Monks Productions with writer/director Tim Driver.  “…I will also be performing at the Malthouse Theatre (in the ‘Vagina Monologues’) in a few weeks, so that is going to be a big highlight for me! Another show that I have been working on, Missfits, has just been picked up by La Mama Theatre Company, that will be a great honour!”

“…A teacher at LSDA once told me that the most important thing you need to do as an actor is ‘to get a life’…”  Jennifer works at that balance between her life and career with yoga, meditation, traveling and more, as she understands that it will not only help to maintain sanity in the at-times crazy world of entertainment, but it will give her experiences to draw on to enrich her performances.

The multi-talented actress (she also sings, dances, is a photographer, children’s entertainer, drama teacher and fire twirler!) has the long-term goal of moving to Los Angeles and settling in Beverly Hills.  Until then, “…I would like to continue making ground-breaking and inspiring theatre and film with my company Driving Monks Productions and keep working with other inspiring directors, writers and independent companies. I would also like to get a regular role in a television series and be cast in a season at the Melbourne Theatre Company (MTC)…”  With all that she has achieved so far, it is not hard to imagine Jennifer Monk achieving every one of her dreams!

2. What do you consider beautiful and why? Someone who accepts the world and you for what it is. A good listener and someone with compassion.

3. What haven’t you done yet that you wish you could? Lived in New York

4. Complete this sentence: “If I had no fear-  I would be super human. I’m glad I fear something. It encourages me to look for things that I can overcome.

5. What is the one “flaw” you wouldn’t change about yourself? My nose, I broke it in high school playing dodge ball, but it reminds me of where I came from and that no one is perfect.