Most Promising Actress Of The Month For May 2016: Brooklyn Allan 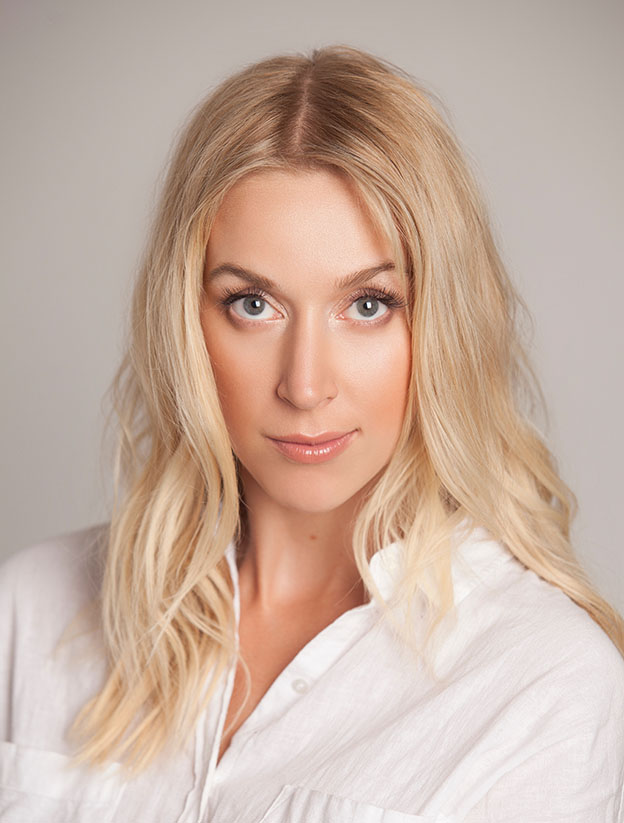 There was nothing else that Brooklyn Allan’s (StarCentral’s Actress of the Month for April 2016) parents could do but enroll their 4-year old daughter in a performing arts school after they caught her solo act of singing and dancing to “the entire Disney catalogue” in the middle of a grocery store! It turned out to be a great decision as it helped define for Brooklyn, her passion and path in life. 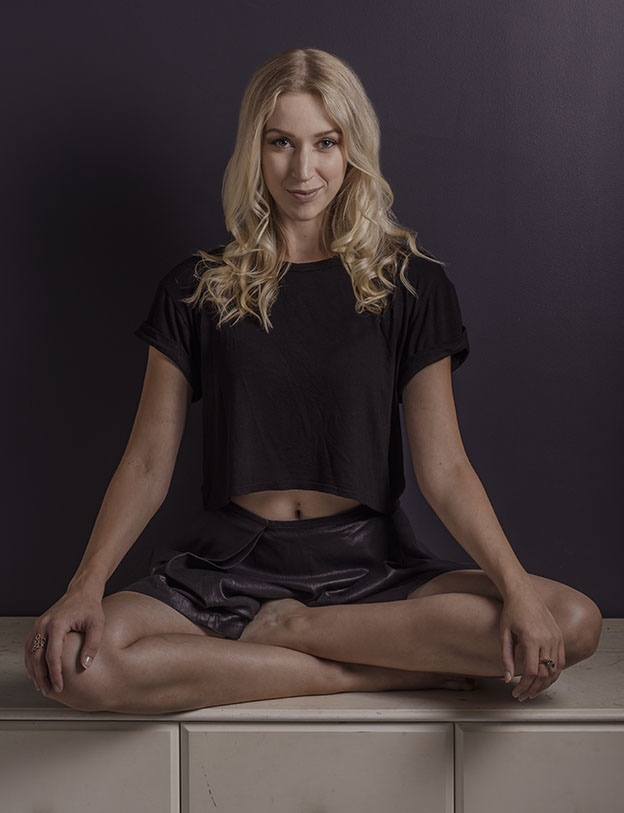 Having had such an early start in the industry meant that Brooklyn already has a few valuable lessons under her belt. She recalls attending an audition as an 11-year old where she, along with 200 other girls, had to learn a dance sequence and then perform it in front of 6 casting directors. Her nervousness caused her to miss a few steps but she kept on going and smiling until the end. “After my group finished, a few girls came up to me and said I shouldn’t bother waiting around to hear whether I’d got a callback, because they saw me ruin the routine. A few minutes later, David Atkins (one of Australia’s top choreographers) called out the callback numbers and I remember hearing mine loud and clear, but not the other girls’.” She then bravely went on to perform ‘My Heart Will Go On’ by Celine Dion and “after a series of auditions I was a close understudy for the lead role at the Sydney Olympics 2000…” – a role ultimately played by Nikki Webster. “The whole experience taught me from a very young age that you really can’t do anything in the industry other than be the best version of yourself. I didn’t need to be perfect, I didn’t need to get all of the moves and the lines 100% I just needed to bring myself into the room, and be unapologetic about who I am and do the best I could…”

That strong sense of self has served the multi-talented Aussie beauty well (she is also a talented vocalist, writer and dancer trained in pointe ballet, tap, jazz and contemporary). In 2015, she got the opportunity to move to New York to attend the Stella Adler Studio of Acting. The same studio whose notable alumni include Marlon Brando, Robert de Niro and Martin Sheen, as well as Hollywood legends, Phyllis Diller and Eva Marie Saint. “Studying the great playwrights every day, going to Broadway shows every night, staying up until 3am in Madison Square Park to rehearse…then being asked by Stella Adler to join their Conservatory Program was the most incredible experience and paved such a strong platform of confidence and knowledge for me…”

Brooklyn has met a range of interesting people within the industry, but one of the most interesting people she’s met is respected film producer and former Universal Pictures Senior Vice President, Donna Smith. “Donna and I met over a six-hour lunch in Beverly Hills and despite our age difference, we’ve been great friends since. Donna has taught me a lot about holding integrity as a woman in the entertainment business! My favourite quote from her is: “Don’t ever call me toots again!” – she said this to an Oscar winning DP on the set of her first ever film after she handed him a file of her flawless work. Girl power…” 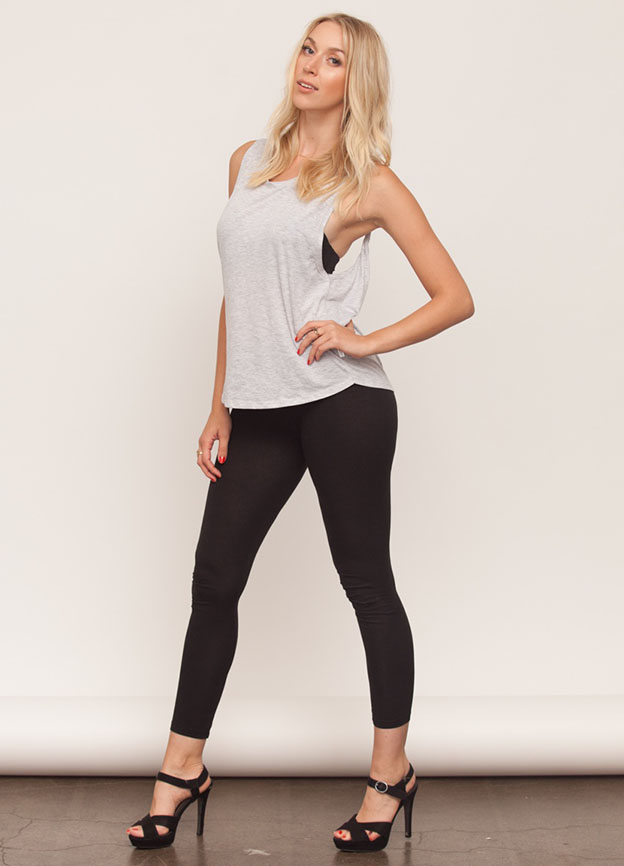 Brooklyn knows full well that being an actress is all about perseverance as much as it is about talent – “Being an actor takes a lot of skill in front of the camera and a lot of networking and business savvy off the camera. Building a strong acting network takes time and luck…initially, your looks dictate your type, sometimes a Casting Director only sees a thumbnail of your headshot! But once you’re in an audition room or on set, you really have to bring so much more, and not just rely on your looks. Sometimes, you even have to be unafraid of appearing ugly…”

As many a tabloid article has shown, success in the entertainment industry can easily go to one’s head. But for Brooklyn, she knows she can count on her family, her boyfriend and on her best friends to keep her firmly rooted to the ground. “They always remind me where I came from, and for every glamorous modeling shoot or film set I send them photos of, they send back a dozen cringe-worthy photos of me…” Their support has been invaluable to her and it is only because of that “I am even able to take steps towards my dreams…they don’t really understand what I do each day, and I am certainly the black sheep of the family, but they value my happiness and respect that I am intelligent enough to make the right decisions…” 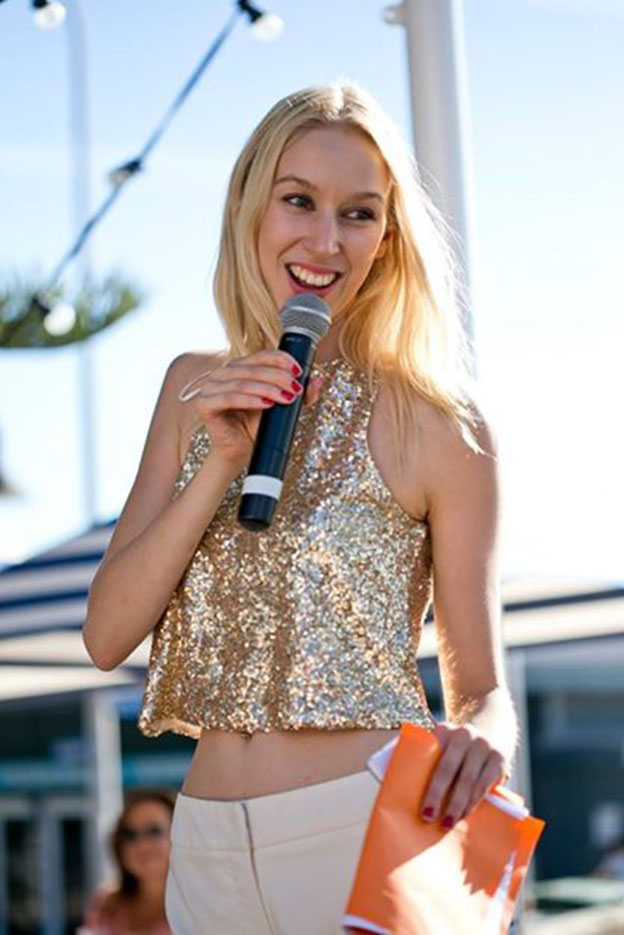 While acting is her true passion (she loves its dynamic nature – “I love that absolutely every day is different…”), Brooklyn also holds several degrees from Macquarie University – Bachelor of Arts (Performance) and a Bachelor’s Degree in Commerce (Marketing). She also holds a writing degree so she would one day love to “explore the field of screenplays.” Wherever her dreams will take her, there’s no doubt that Brooklyn Allan’s future is marked for success.

2. What do you consider beautiful and why? I’m a little nerdy, I adore words! I think there is a lot of beauty in the simple poetry of John Keats, and Hemingway. I’m also a sucker for beautiful soundtracks and cinematography – just try to watch ‘The Fountain’ or ‘Lord of the Rings’ without crying.

3. What haven’t you done yet that you wish you could? Be the face of a good cause/initiative. I’m really passionate about empowering young girls to believe in themselves, and be business savvy so I’d love an opportunity to front a great film with that theme, or be the face of a related brand.

4. Complete this sentence: “If I had no fear, I’d…” I’d call Scorsese and ask what project he is going to cast me in.

5. What is the one “flaw” you wouldn’t change about yourself? I am a real people-pleaser and I find it difficult to ask for things but I feel like there’s a huge treasure chest of good karma out there for me, and being a genuine person sets you apart from most other people in the industry.