The Giver Review – You Will Struggle Your Way Out From The Film’s Relentless Dullness!

Jonas, the receiver of memory from the giver has been granted power to hold and safeguard all the memories and events that happened in their community. As Jonas begins to have a glimpse on those emotions, he realized that it would be good for everyone to experience what he has been seeing and this is where his journey begins. Would Jonas be able to free the knowledge that he possesses and bring them back to the people in his community?

The giver is a social science film based on a novel of the same title, written by Lois Lowry.  Its story circles around the black and white community where all memories from the past are erased. However, their world will soon be changed as Jonas is destined to take over the gift of memory from the giver.

Depicting a unique and magical society in year 2048, the giver is a futuristic film that touches various sensitive issues particularly, euthanasia. Although, few may have noticed it, the term “releasing” is actually an act of mercy killing and this has been at the core of the plot which made them earn mixed reviews, debates and arguments. Violent contents, drug, alcohol and religion are also some of the elements that sensationalised the filming.

While The Giver provides a seemingly interesting run of the story mirroring science fiction and drama, its magic, confusingly, gets lost in translation as it fades through the climax. The rules in coherence and descriptive narrative are incredibly overlooked, sending moviegoers crawling their way back to the scene where they can easily pick up. Most of the time, boredom will hit hard as film fanatics struggle their way out from the film’s relentless dullness.

Noyce may certainly have fallen short from logic and narrative frame of the movie but he sustained it with big Hollywood celebrities who shine with stunning acting prowess. The flawed sequence of scenario obviously ruined the film but the presence of high-calibre casts ensured that their stature is felt, however no one could possibly throw a blind eye to the entirety of the movie as it nags at viewers about its lifeless spins following the life of a heroic teenager who is determined to save the world from the ruin.

Think about Divergent and Hunger Games, these movies are patterned the same way The Giver is created. The sad truth is that while Shane Woodley and Jennifer Lawrence managed to successfully control our attention, The Giver’s Thwaites will make us beg for the movie to end. It is like waking up from a nightmare and we wish that no details of the film will be etched in our heads.  In conclusion, anyone who have read and loved the work of Lois Lowry need not watch the movie as it lacks important facts that will appeal to the emotions of the viewers. 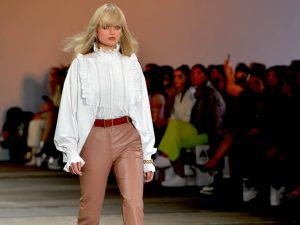