The Best of Me Movie Review: A Romantic Drama That Brings Out the Worst in Film Adaptation! 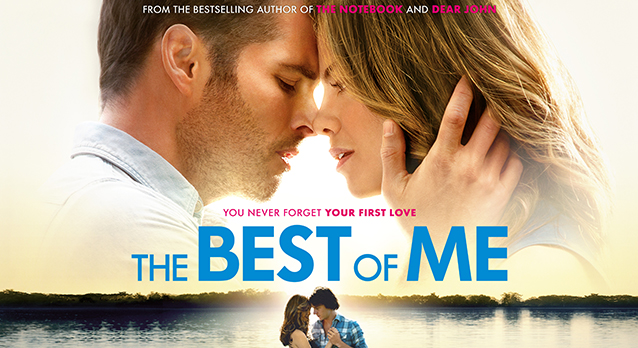 After 20 years of being apart, former high school sweethearts Dawson and Amanda meet again at a funeral of a beloved friend who was once the reason behind their young love story. The situation gives them a second chance to rekindle the old flame that never pushed through but fate might have a different plan for both of them. This time, Amanda is already a mother and wife while Dawson is still trapped in his own family troubles. Will they ever get to reach the happy ending that love stories like theirs are supposed to have?

The audience loves touching love stories. We see romantic flicks and gladly pay the admission price in the hope of quenching our thirst for happy endings. Unfortunately, writers like Nicholas Sparks seem to evolve in its Sparksian ruse of killing our fantasy by sending the character in a complete catastrophic ending that paralyses our dreams of fairy tales. This is the case with The Best of Me. It brings out the worst in film adaptation and therefore casting our sappy romantic inclination in utter demise.

Disappointingly, the challenge with three-plotted storyline is weaving a compelling process of continuity. The Best of Me is a feature film that attacks the story by showing the past, future and present. If the young Dawson does not even pose a single similarity with the old Dawson, how can the film glue its audience up to the part when the credits roll?

With the massive number of films being shown every year, moviegoers trust that film makers should have already known that a blockbuster hit entails more than exceedingly performing actors. Monaghan and Marsden clearly generate sparks on screen but their acting skills need to be supported with a strong directing artistry. Hoffman is handed with a storyline filled with love, tragedy and melancholy. These ingredients could make the stars glitter brightly or these can be the storm that throws stars behind the clouds. Surely, movie enthusiasts have seen more than enough romantic films in their lives, categorising these depending on its blandness is something they can point as quickly as the movie trailer goes.

What else can a half-baked romance melodrama offer its audience? With the absence of uniquely flavoured scripts and storyline, Hoffman failed to pull off magic tricks from his director’s hat which causes the film to fall towards the old Sparks song that most moviegoers had already seen in the past.

Apparently, there is nothing different that can separate The Best of Me from the other tales of love. While we fell in love with Sparks when he broke our hearts over his poignant story of The Notebook, This latest adaptation is poorly done, hurried and heavily clichéd. Where did his fancy spark go?