The Verdict On Let’s Be Cops: A Glimpse on Cringe-Worthy Comedy 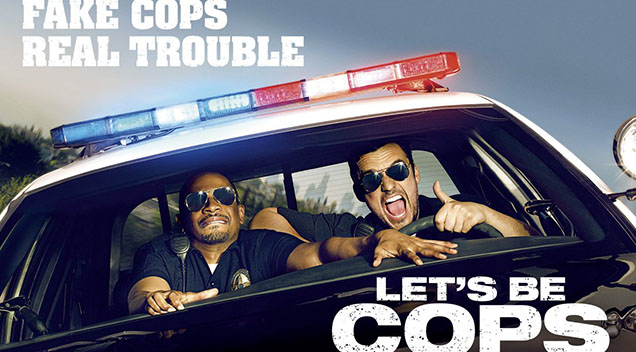 Two long-time friends, Ryan and Justin had made a pact to return to Ohio if they failed to be successful in Los Angeles. Unfortunately, seems like the odds are against them and they both decided to honour the pact they have committed. Their journey back home has been filled with mishaps until they unintentionally discover that pretending to be cops promises riotous adventure.

Seems like normal guys thrown into abnormal scenes has been a platform for comedy but writers, sometimes, fail to induce that unique element of fun and laughter, which leaves the film being ditched into the long list of movies that did not make it. Let us take a look at Greenfield’s film, co-written with Hollywood screenwriter, Nicholas Thomas.

Let’s Be Cops is a buddy comedy film that circles around the hilarious stint of becoming pseudo policemen. It features two old time pals with lives full of mishaps. One day, after a series of misfortunes, an unlucky event led them to recall their pact of staying together and going back to their hometown, Ohio. The taste of comedy begins to slowly traipse in the plot as they found themselves in cop’s uniform and enjoying the pretence. While this reminds us of Channing Tatum’s 21 Jump Street, Let’s Be Cops appears to be not as convincing as they were after unquestionably failing to earn major positive reviews from most film critics.

Let’s not forget that Wayans and Johnson are both good actors outside this forgettable film. Just think about ABC’s Happy Endings and New Girl. This has sent many moviegoers to blame it all on the plot and believe that the actors, given the right material, could have exceeded the expectations of comedy film lovers. The talent is there but the film’s lack of creativity and magic fail to pull it out from the actors despite the advantage of having the actors’ evident chemistry on screen.

Sure, Let’s Be Cops is wacky. It is something that the film can be proud of but comedy, nowadays; need more wackiness to grip the interest of the crowd. It needs wit and a distinct zany quality that will etch brilliance and elusive blockbuster stamp to it. The plot overly embraces its safe comfort zone that is not too advisable for comedy films. Stories like this should be hilariously riotous, funny, interesting and wisely created to gain approval from the people. This, however, borders between its safe comfort zone and dullness which dangerously led moviegoers to wish it never existed.

In this film, Greenfield and Thomas undeniably lack the power to unfold the potential humorous piece that can make movie-enthusiasts laugh from their seats. The scenes are not funny enough to engage your minds to it. In fact, the story can easily fleet away from your imagination knowing it’s another kind of cringe-worthy comedy.