The Verdict On Mockingjay: Does It Pay To Split The Final Film Into Two?? 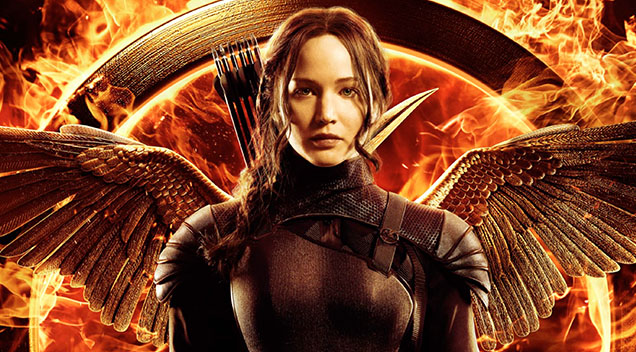 Synopsis: Katniss, after surviving the Hunger Games, has found herself under the authority of President Alma Coin in District 13. Amidst her reluctance, Katniss accepted the role of the Mockingjay. As a new symbol of rebellion, the team moves on to save Peeta and the whole nation that believes in Katniss’ stubbornness, strength and compassion.

The Hunger Games trilogy continues to lure its audience into a soul-gripping dystopian fantasy as Mockingjay I conquers our imagination, once more. As we all know, the film is based on Suzanne Collin’s novel, The Hunger Games Trilogy, which story unravels in four instalments. The adventure has now come to its final book, but are fans happy with the way it turns out to be?

It seems like followers could not get enough of Katniss Everdeen as played by J-Law and they are in for an exciting adventure in this first part of the final book. Mockingjay 1 starts at District 13, where Katniss is asked to be the Mockingjay that represents rebellion. The team thought that she finds strength in spontaneity and this could be an advantage to lead the nation that believed in her power. J-Law is of course fantastic, with a defining role like this; her acting is always right on the money even though she didn’t use much of her bow and arrow. Here, J-Law’s performance banks on Katniss’ emotional suffering as she was sent to a war-zone to save Peeta. It is a good point that her face could tell a story that surely draws in the massive fans of the film. Other actors like Hoffman, Moore, Hutcherson and Hemsworth add spice that almost makes this science fiction a remarkable film of the year.

Yes. Almost. While most people rally behind its success, other fans are not actually happy about the final book being chopped into two. The disadvantage is that it creates substantial missing parts in the story that were thought to be sacrificed because of next year’s Mockingjay 2. It is sad that a strong material like this has backburnered a bit of its creativity to rake more money in the future. Will the whopping box office sales repeat itself? The humungous fans would definitely agree as many excitedly wait for the final instalment and hope that the maximum quality they missed on this one will be found on the next episode.

Still, Mockingjay 1 is a great source of inspiration as Katniss becomes more rebellious and stronger. It reminds us that people, sometimes, need a rock to lean on in times of adversary and this idea has clearly sold J-Law’s character. Despite a slight creative failure, the film is still filled with intense and compelling adventures that will hold your interest long enough to yearn for next year’s final release.