The Verdict On Serena: A Half-Baked Film That Should’ve Stayed Shelved 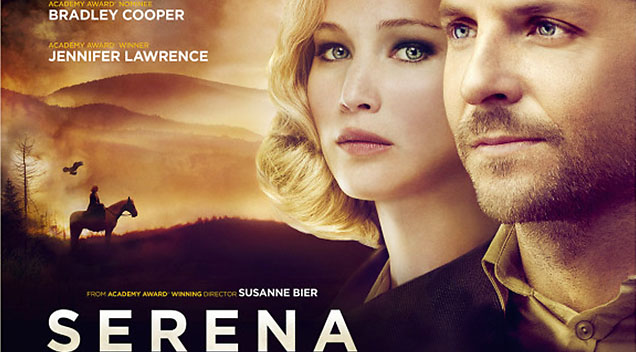 Synopsis: Serena and George Pemberton are newlywed couple who dreams of building a timber empire in North Carolina. The story slowly turns into a problematic tragedy of love, jealousy and greed when Serena suspects that George is protecting his ex-lover, Rachel and their son.

From the success of Silver Lining Playbook, J-Law and B-Coop reunite in this American-French film that is based on Ron Rash’’s novel of the same title. Jennifer Lawrence and Bradley Cooper’s sizzling chemistry has already been proven but fans might wonder what could possibly go wrong in this film, knowing the cold-hearted response from moviegoers.

Where did the spark go?

Lawrence definitely dazzles you with astounding performance and the same thing could be said about Cooper. A single look at their long list of achievements would undoubtedly convince you to chase all their projects regardless of the story. This time, I’m afraid Serena might just spoil your enchantment. These actors are glamorous, fine. But sometimes, moviegoers may just need more than the glitters of the stars to pull the movie to the top especially if the script and plot development dampen the performance of the actors. With this, even the re-teaming powerful on-screen couple failed to revive our interest.

Perhaps, not all best-selling books are meant to be depicted on screens. In this film, George Pemberton is a timber baron who dreams to build a logging empire along with his new wife, Serena, who comes from a poor family background. She is a proud woman, strong-willed, confident, passionate and dangerous. Their marriage turns into a messy, problematic tale of tragedy when Serena found out that she cannot bear a child. She has an unsympathetic character and there are scenes in the film that that are just outside the J-Law star quality, which she acquired from her previous successful movies. Apparently, they are both trapped in a film that has long been delayed for distribution.

Is Bier clueless on what to do with her actors? Susanne Bier is an award-winning Danish film director who surely knows the industry like the back of her hand, yet things might turn differently for her in this emotional misfire. Serena was completed two years ago and its flawed and half-baked filming might have made movie distributors wondered about what to do with this project. It was already released in UK and might take a while for US to pick it up.

Serena is a lesson that tells us how charismatic actors could never compensate for unremarkable story and unimpressive script. Even the picturesque background of Czech Republic would never take the blame. It sits on low profile list which might explain its future absence in different prestigious award-giving bodies. From its melodramatic start to its tragic ending, Serena should tell you why it remained shelved that long.