The Verdict On Night at the Museum: Secret of the Tomb – Is It Worth Your Money?? 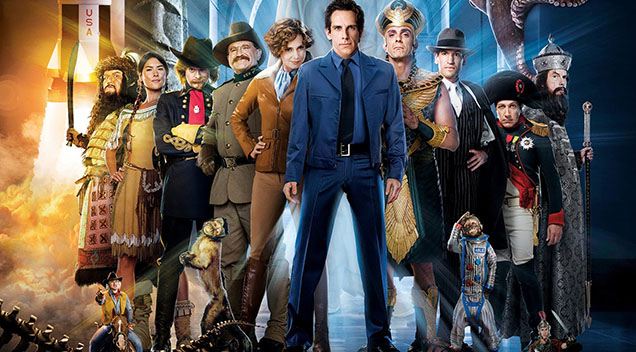 Synopsis: Larry travels around the world to reunite a mix of old and new museum characters in a quest to save the magic from being lost forever. As they discover the only solution that can keep the spell from breaking, Larry and his adventurous friends take their way to the British Museum where Merenkahre is situated. Merenkahre is the only person who knows how to save the fantasy but the group encounters a riotous adventure as they struggle their way in.

Night at the Museum: Secret of the Tomb is the third and final cut of the trilogy following the previous films, Night at the Museum in 2006 and Night at the Museum: Battle of the Smithsonian in 2009. It was distributed by 20th Century Fox and was directed by Levy who, for one last time, brings old and new team of museum characters to enchant the moviegoers once again, but like the figures in the film who struggle their way into the British museum, most of its followers had difficulty grasping the magic that had been so easy to embrace when its predecessors were released.

The film revolves around the story of saving the spell before the exhibit runs out of its magical life. Larry played by Ben Stiller notices abnormal changes in the museum and heads home to gather his friends before they take a trip to British Museum. The quest is not easy especially with Tilly’s unwavering dedication to his work as a night guard on duty.

Consistently, the film manages to retain the adventure that most fans loved from the very beginning. The existence of skeletons chasing Larry and his group on their way around the British museum and the nine-headed snake monster statue that has been brought to life are just some of the scenes that totally add fun and excitement to your Night at the Museum experience, but other than these, Levy’s desire for a successful send-off crashes as the film falls short in maintaining the energy. In fact, you might doze off halfway through its own description of adventure.

Some of the characters ignite the ingredient of freshness that most of you would look for particularly in a film that stretches up to its third instalment. Dan Stevens as Sir Lancelot won’t fail you on that note. Other figures like Ben Stiller and Rebel Wilson seem to just lifelessly follow the flow of the plot.

Let us not set aside the fact that the film is also a tribute to Mickey Rooney and Robin Williams who both died prior to its dated release. If there is anything that could shed light to Night at the Museum before the magic settles, it is how the memory of two brilliant actors made the film more touching and poignant.